While I celebrate Xmas in a totally secular "hang out with the family and open presents" kinda way, I celebrate Yule or Winter Solstice with slightly more spiritual reverence. Solstice is also when Paul and I exchange gifts and when we do gifts with our family of eight fur-babies.

Since I had plans to spent Yule (December 21st, Saturday night) with some other earthy ladies, Paul and I did our gift exchange on Solstice Eve night (Friday, December 20th). First, we gave the dogs some presents to unwrap. Datsun actually unwraps his own presents, and he even ripped the plastic off his Nylabone package without any help. He's kind of a genius. 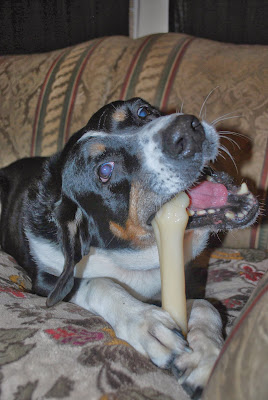 Maynard, on the other hand, is sort of a dipshit. An adorable little dipshit, but a dipshit nonetheless. We have to help him open his gifts. As you may recall, Maynard had major surgery TWICE in a week's time before Thanksgiving for swallowing part of a Kong ball. I was nervous about giving him more toys, but I found these Tux toys by West Paw on indescructibledog.com. The reviews say the Tux is much stronger than a Kong. We'll see. I'm supervising play, and the first hole I see, the ball's going in the trash. (Oh, and check out the cute bowtie! I bought them both bowties for solstice). 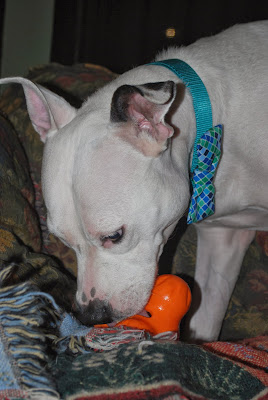 The kitties got new catnip mice and jingle balls. I'm not sure where all their toys go, but they always seem to disappear (under the couch, maybe?). Gelfling was super excited about new toys. 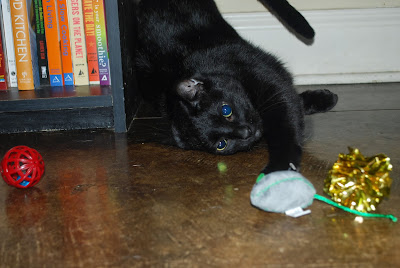 We sprinkled catnip all over the floor and Pandora (that's her butt) and Ozzy had a time. 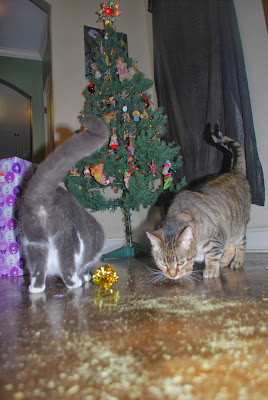 And Polaris really loved the new catnip scratcher at first. But two days later, all the cats have lost interest in this. 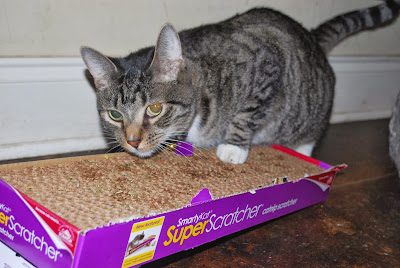 Akasha, not usually a shy kitty, opted to hide under the couch the entire time we were opening toys, hence the dark shadow over his face. 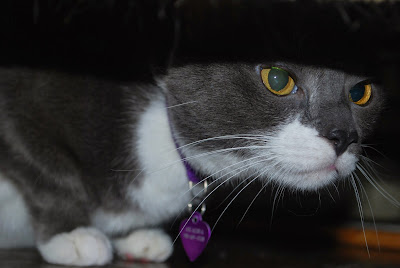 Seymour, the cat who lives above the kitchen cabinets (it's what he wants!), waited for us to throw a toy his way. 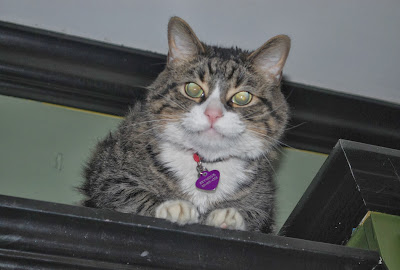 As for us humans, Paul gave me a $100 gift certificate to get some tattoo touch-up work done at the newly opened Ronin Design and Manufacturing studio. I have a couple of tattoos that have faded and need to be refreshed, including my "animal rights, human rights" tat. 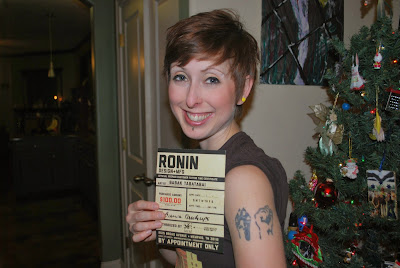 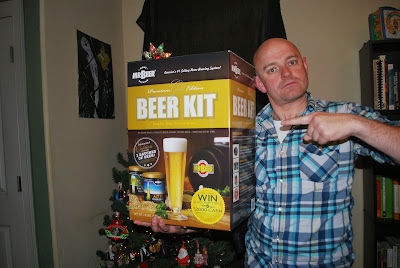 And some dehydrated Trinidad Scorpian peppers. They are supposedly one of the hottest peppers in the world, and he loves hot, hot, hot stuff. 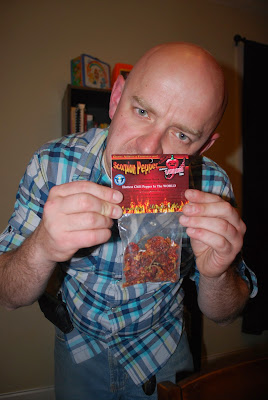 The next night on the actual solstice, I went to my friend Cindy's house in Bartlett for a little Yule party. She made the most delicious Mulled Cider. 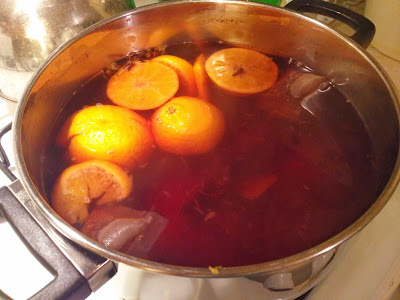 And we had a little feast! I brought Falafel, Pita, Hummus, and Salad, And there were nut mixes and a fruit tray (plus some meaty stuff for the carnivores). 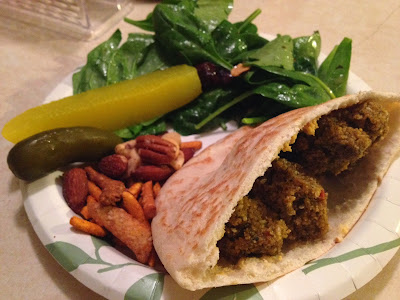 After dinner, we burned a Yule log in Cindy's fireplace. Before we tossed it into the fire, we attached all sorts of symbols that represented things we wanted gone from our lives in 2014. I threw in a doctor bill from one of my stress fracture appointments because, next year, I want my foot to be completely healed so I can run again! 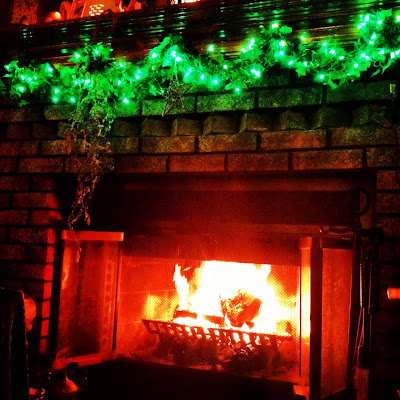 So lovely to see all your fur kids. :) I am looking at getting a catnip cardboard scratcher for my kitties for Christmas.
It has just been the summer solstice here. I keep trying to remember to do things for them, but I am so hectic at work mostly I don't realise where I am in the year until after the fact. I probably would miss Christmas if it wasn't a public holiday!

furr babies!! i love that your dog's name is Maynard. Looks like a great celebration!

That looked like such a fun night! Seymour looks so adorable up there!! And hopefully Maynard can't destroy his new toy.

The feast looks delicious; lucky!
Happy holidays to all of you. :)

I always want people to celebrate the solstice with! This looks like a great way to do it.
A tattoo touch up is cool gift idea. Really useful

I haven't been reading blogs lately and didn't now about your pup having surgery.--so glad he's okay!

We, too, experience the Great Cat Toy Disappearance phenomenon.

I love that idea of burning things with the yule log!

Seymour is the CUTEST!!! I mean, all of your fur babies are adorable, but I'm partial to Seymour because he looks like boy-Ellie! haha! Such fun solstice gifts and I love the burning of the yule log tradition. Wish Drew and I would have done that!