My boyfriend Paul turns 31 on Tuesday, which officially makes him a grown-up. And grown-ups can't party on Tuesdays! So we celebrated this Saturday night with a house party/nightclub outing. Here's Paul making his wish: 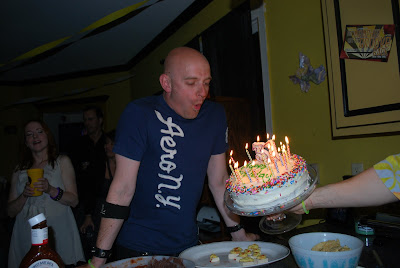 I never throw a party without a costume theme. My friends and I love any excuse to dress up in fabulous wigs and crazy makeup, and since Paul's an old rave kid, we went with a raver theme. We love Party Monster with Macaulay Culkin and Seth Green, the 2003 film documenting the true story of 80s club kids Michael Alig and James St. James, so we went with a Party Monster/Club Kid/Rave theme.

I sported all my old candy bracelets (from my rave days), disco boots, pink tights, and this crazy Katy Perry-style wig. Paul wore some giant Tripp pants and did the goth raver thing: 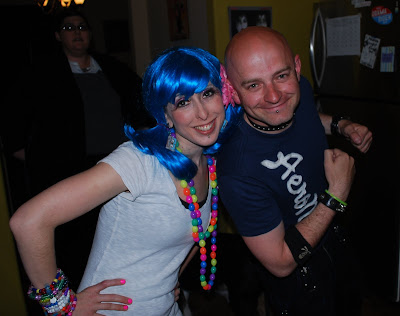 As for food, Paul requested that I make both of the dishes that I made at a recent cooking demo at the Farm. He really loves these Tofu Deviled Eggy Bites from my upcoming cookbook: 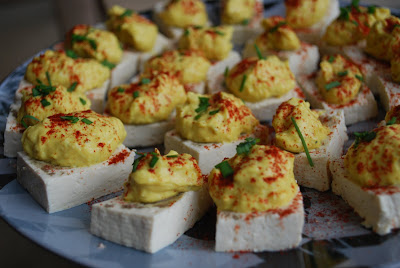 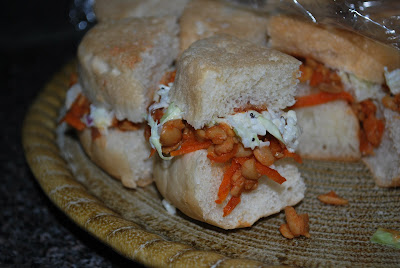 I also whipped up some Stuffed Mushrooms, filled with a mixture of sauteed onion, garlic, celery, herbs, and breadcrumbs: 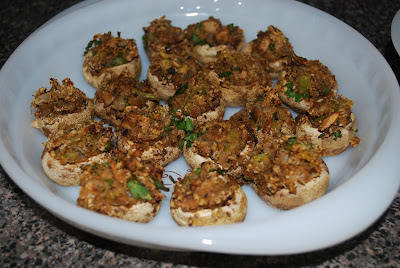 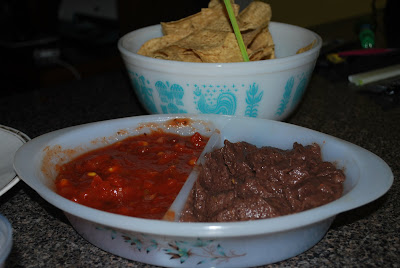 For his cake, Paul asked me to make the same cake I made for Sheridan's wedding shower last weekend — Red Velvet Cake from Papa Tofu: 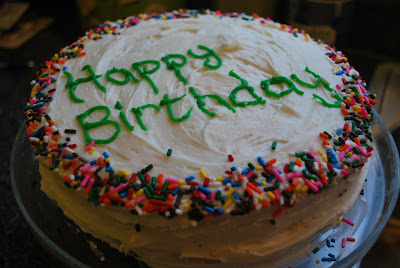 After the food was gone and some of the guests had thinned out, a few of us caravaned to Rehab Disco for the Red Square Reunion party with DJs Graflin and Mary Jane. It was an 80s rave reunion party, which coincidentally went right along with our theme. Party on!
Posted by Bianca at 10:17 PM

Sounds like a blast! All the food looks mouth-wateringly good. HB to your BF!

WHat a great party & the cake looks delish'.

You're such a good girlfriend!

Did you know that Lisa Edelstein (cuddy on house) was one of the original kids that Party Monster was written about? <3 that movie!

oh man, i love it all, Bianca! not only did you hook it up in the way of tasty eats, but you made one glorious birthday cake, rocked a great party, and made Paul most happyfaced for his birthday. yay!

i've never seen Party Monsters before and you can bet it's going on my Netflix queue. w00t!

You're the best girlfriend ever.

What a rad party! And that hair color is not a bad look for you at all!

Wish I had been there!!

What an awesome party! Lucky, lucky birthday boy! (and I still think you look like a magical candy fairy)

Happy Birthday, Paul!! Bianca, we are soul sisters! I wander around calling animals "Skrinkle" and "Skrod" from that movie. The scene where Macaulay and Seth dance together is one of my favorites ever!

You two are such a cute couple! Love the costumes (and gotta get me a blue wig--I love it!). Glad you had such a fabulous party--happy (belated) birthday to Paul!

Okay, so those BBQ Tempeh and Carrot Sliders are officially on my list of yummy things to try. Sounds like a fun night!

i like the rave themed party! and that wig looks pretty epic :D

What a lucky guy. That is one rave worthy food spread.

I cannot wait for this cookbook. The tofu deviled egg thingys look amazing!!!