When I was grocery shopping last week, I had Beyond Burgers on my list, but Kroger was fresh out. The only super-meaty plant-based burgers they had were the Morningstar Farms Incogmeato Burgers, which I hadn't tried yet. So I got those! I finally made one on Sunday night, and it tasted very much like Beyond. I probably couldn't tell the difference in a blind taste test. Really good! 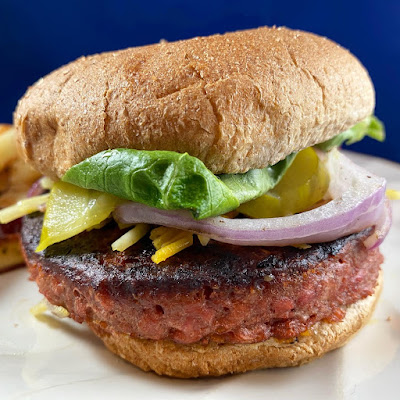 Last night, I made a recipe that's been on my list forever! The Chickpea "Polenta" Stew from The No Meat Athlete Cookbook is inspired by Ethiopian shiro wat, which is one of my favorite wats. It's made with chickpea flour (not actual polenta), tomatoes, and onion, and it's traditionally blended into a creamy stew. But this recipe makes a chunky version. I've been enjoying it over brown rice with sauteed garlic chard on the side. Would be better with injera bread though! 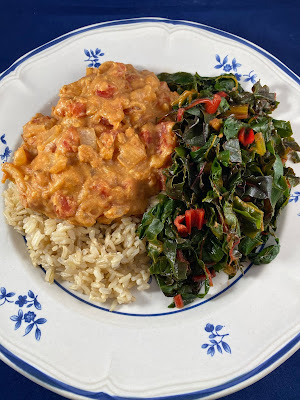 On Sunday morning, I made a Breakfast Sandwich with the last of my BE-Hive seitan bacon. This has bacon, tofu egg, and avocado on sprouted grain. 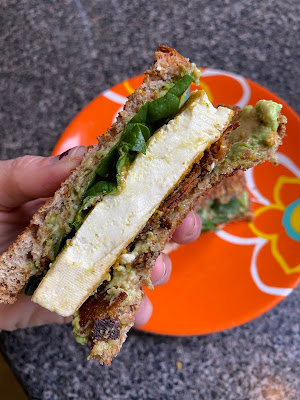 Here's a salad I had for lunch on Sunday! I haven't been eating many salads lately since we're in kapha season (according to Ayurveda), but there was lettuce in my CSA. This has white beans, nooch, carrots, celery, green olives, dried cranberries, red onion, and a homemade miso tahini dressing. 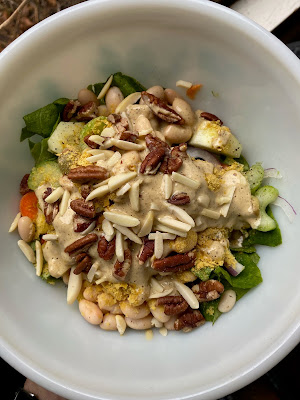 Speaking of salads, here's another one I had recently (guess that part about not eating salads isn't really true). This is the Fried Chicken Salad from Imagine Vegan Cafe. They bread their own vegan chicken, and they made the vegan honey mustard dressing in house. It's great for when you want something kinda healthy and kinda not healthy. 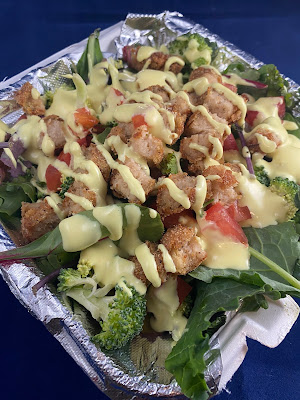 I've heard good things about the Incogmeato burgers, and I think they have vegan nuggs too, shaped like Mickey mouse.
Your salads look so great. I need to step up my salad game, mine are always so boring!

I'm sorry, I cannot get over that Incogmeato name... I am laughing... this wins for best vegan meat name!