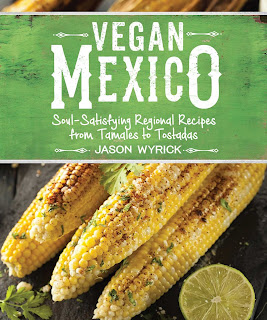 Chef Jason Wyrick has a new cookbook out dedicated to authentic, vegan Mexican cuisine from tostadas and tacos to tortas and tamales (so many Mexican food names have such great alliteration!). Jason's mother's side hails from Spain but the family has Mexican ties. Jason grew up in Phoenix eating the standard Americanized Tex-Mex, but he was exposed to authentic Mexican fare when visiting relatives.

His new book, Vegan Mexico, puts a cruelty-free spin on that traditional cuisine. To achieve that authentic taste, he puts a big emphasis on homemade sauces, chile powders, and infused oils. But thankfully for those of us short on time, he includes recommendations for store-bought alternatives to those handmade touches.

The book is divided into chapters on beans and rice, salsas, street food, tacos, tortas, enchiladas, tamales, salads, soups, grilled fare, small bites, larger main dishes, breads, drinks, and sweets. Everything looks and sounds very gourmet, but the two recipes I made from the book were super-simple to prepare.

I went with the Salted Lime Plantain Tacos and a side of Drunken Beans. 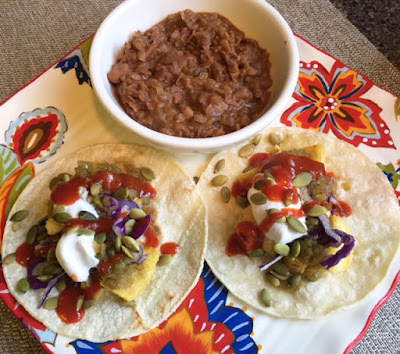 The tacos were stuffed with grilled plantains that are brushed with garlic-infused olive oil. I didn't have time to infuse my own oil though, so I used plain olive oil and sprinkled the plantains with a little garlic powder. After grilling, the plantains are tossed with lime juice, lime zest, and salt. Also in the tacos is salsa verde (Jason has a recipe for homemade, but I bought mine at Whole Foods), vegan sour cream, purple cabbage, and toasted pepitas. I added some sriracha because everything is better with hot sauce. 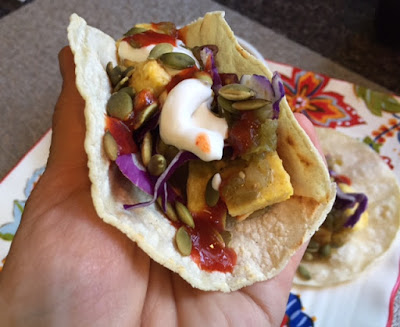 The beans are essentially refried beans cooked with beer. I made mine in the slow cooker overnight, and I left out the vegan shortening called for in the recipe to make these a little lower in fat. They were totally delicious and creamy without the shortening! For the beer, I went with Dos Equis Amber. One note: When making these in the slow cooker, you don't need as much water. I didn't realize that and ended up having to drain off most of the water before mashing. Jason's recipe is just for stovetop. 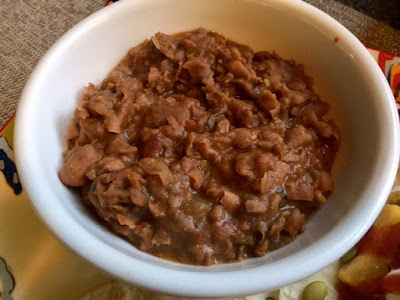 These dishes were so amazing, and I can't wait to cook more from this book. The Late-Night Snack Chilaquile with jackfruit, corn chips, and avocado is on my to-make list as is the Smoked and Grilled Seitan in Pumpkin Seed Tomato Sauce. The Bean and Avocado Sandwich Drowned in Salsa looks like nothing I've ever seen (it's literally a sandwich covered in salsa that you eat with a fork!). As for tacos, the Pirate Tacos — portabella mushroom and avocado tacos with vegan cheese — have me drooling. The sweets chapter includes a recipe for Conchas (those shell-shaped breads you see in Mexican bakeries), and of course there are recipe for paletas (i.e. Mexican popsicles).

I'm especially excited about the drinks chapter! There's a Salted Beer with Tomato Lime Juice that I will be trying as soon as I restock my tomato juice. I love tomato juice beers (we call 'em red beers down South). There's also a Muddled Sage Margarita that sounds fantastic!
Posted by Bianca at 9:00 PM

Ahhh! I make my own refried beans in the crockpot all the time but have never used beer, even though I use beer for every other food that requires broth. Life changed!

I had my first jackfruit recently while in Nashville. Yum! The chilaquiles sound great!

All your food looks great!