A couple weeks ago, I popped into the Mediterranean Market on Park, looking for matzoh for Passover. It was after Passover had started, and all of the mainstream grocery stores were cleaned out of matzoh. I had hoped the Mediterranean Market would have some but no luck. However, I did find other treasures! Canned Ful Medames! They had my favorite fava bean stew IN A CAN. I grabbed a couple of different brands to try. 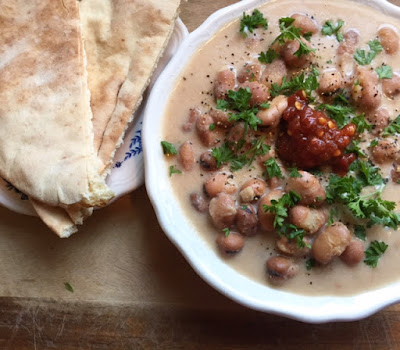 This one, which was blended with tahini, was a winner. Didn't even need any additional seasonings aside from some fresh parsley and garlic-chili sauce. I served it with hot pita.

Hey, look, it's a pizza waffle! I had this post-run FitQuick Pizza Protein Waffle with marinara, some vegan mozzarella, and sauteed bell peppers, onion, and black olives. 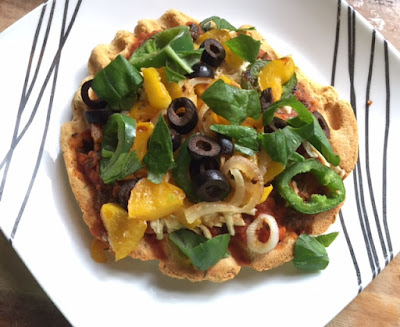 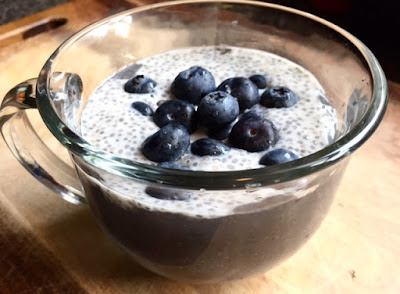 I met Mike and Andy for dinner at Imagine Vegan Cafe last week and ordered my favorite go-to healthy meal at Imagine — the Southern Staple. Imagine is a comfort food cafe, and they specialize in fried, decadent stuff and plant meats. But sometimes, I want a healthier thing like this bowl of brown rice, black beans, collard greens, and garlic aioli with a side of buttered cornbread. 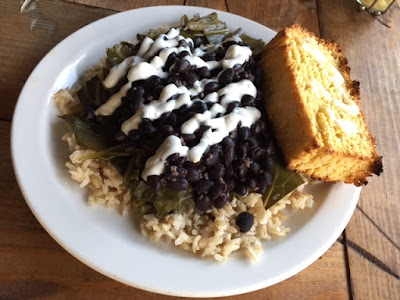 I went to a Street Fighter-themed art show at Crosstown Arts (where I work as the communications coordinator) this past weekend, and they had Adult Snow Cones! These were spiked with Bacardi. Yum. I asked for only a tiny pump of lime syrup in mine, which is why the color is so weird. I didn't want all that extra sugar with my booze. I like my alcohol to taste like alcohol, thanks. Haha. 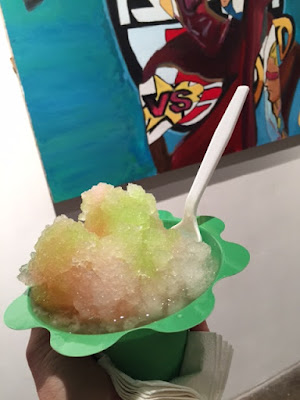 My friends and I dressed in Street Fighter cosplay attire for the show. I was Chun-Li! 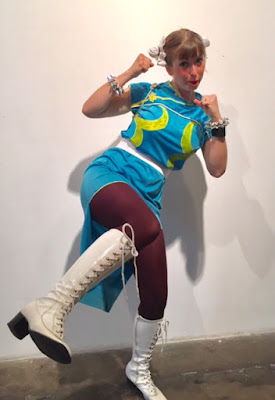 And Nicole was Crimson Viper (I wish this picture showed her entire braid; it went down past her butt!). Vaughan didn't actually pick a character, but rather just threw a random costume together. But we think he looked a little like Dhalsim. 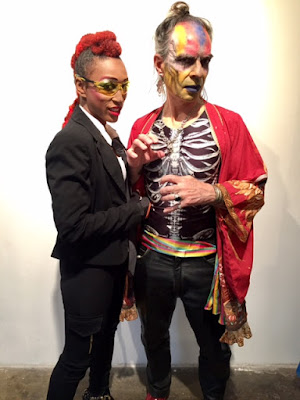 I love ful medames so much. I've never seen a version with tahini, but that sounds amazing. I remember seeing that meal on your Instagram and it was drool worthy! Your black bean bowl looks delicious too, and that pizza waffle! I definitely think I would prefer a savory waffle over a sweet one!
I love the cosplay too!

Yes!! Mediterranean for the win! I've you've never tried stuffed grape leaves you have to try them! They are my favorite :) And if you ever need Matzah let me know. I'm pretty sure I can get it year round here :)

Your waffles always look so amazing. I think I need to dust off my waffle iron and make a batch for my freezer. The black bean bowl looks great but that cornbread is definitely what I'd go for first! An adult snow cone sounds fun :)

I have to try the ful in a can again... i love it at restaurants and yet the couple of canned versions i have tried have been awful! Maybe the tahini is that missing something. Did you cook it or just reheat straight from the can? There are actually a few markets i can find middle eastern food and i love trying new stuff there!
I totally agree with sarah on the grape leaves, they're fantastic, especially in the summer salad season. Just be sure to get the ones in brine not oil since the oil used for packing them can make them too greasy

What recipe do you use for your chia pudding? I feel like I can never get the ratios right, but yours looks really perfect. I always love the balance in your diet - some treats, some sweets, some post-workout protein foods, some healthy meals... <3

I love all of your FitQuick waffle pics! They always look like the perfect meal.