Friday was Cinco de Mayo! For every holiday in 2017, I'm making a dish or two from Isa's The Superfun Times Vegan Holiday Cookbook. I had fun Friday evening plans, and I knew I'd be eating junk and drinking beer, so I opted for a healthy Mexican Caesar Salad for lunch. This had a tahini-chipotle dressing, romaine, black beans, crumbled tortilla chips, pepitas, and avocado. 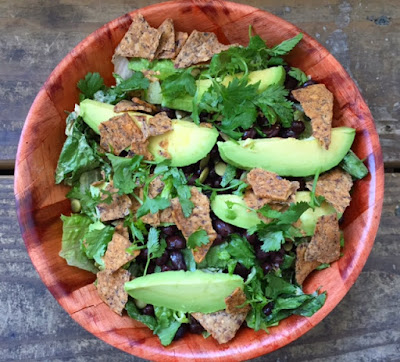 As I mentioned yesterday, I spent the weekend at Beale Street Music Fest — Memphis' annual 3-day music festival with multiple stages. From Friday night to Sunday, I saw Snoop Dogg, Ziggy Marley, MGMT, Bush, Ani DiFranco, Soundgarden, Wiz Khalifa, 2 Chainz, and Kings of Leon. Most years, the vegan options are scarce, but there's always SOMETHING I can eat. This year, I found a food stand right across from the Memphis Flyer's VIP tent (where we staked out for the weekend) that had some really fresh options. I ate there Saturday and Sunday evening.

My dinner on Saturday night was this Quinoa Hummus Pita with fresh veggies. I love super-soft pita bread like this! 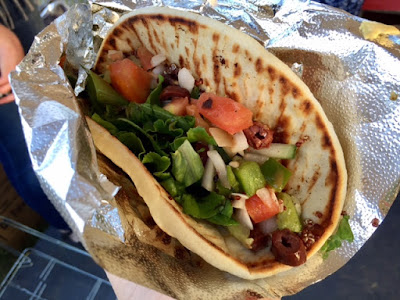 And on Sunday night, I had their Quinoa Vegetable Salad with dried cranberries, blueberries, strawberries, tomato, cucumber, and balsamic dressing. 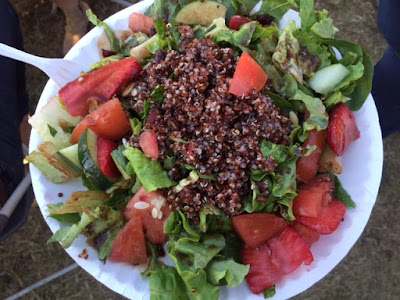 I also snacked on tater tots and some vegan noodles later in the evening both nights. And beer. Lots and lots of free beer.

We stayed out way too late most nights of the fest, and Saturday, we ended up heading to Beale Street to dance at Silky's O'Sullivan's after the festival was over. I think we made it home around 4 a.m.! But I had brunch plans at 11:30 a.m. at Midtown Crossing, so I powered through on very little sleep. Brunch food (and a Bloody Mary) definitely helped to wake me up though. I had the Vegan Biscuits & Redeye Gravy. 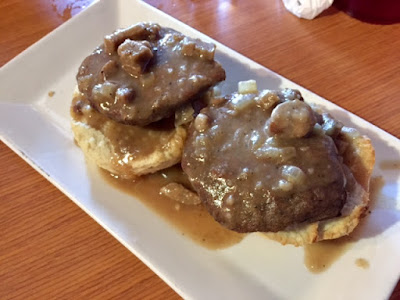 And the Tofu Scramble with vegan cheese, potatoes, peppers, and onions. 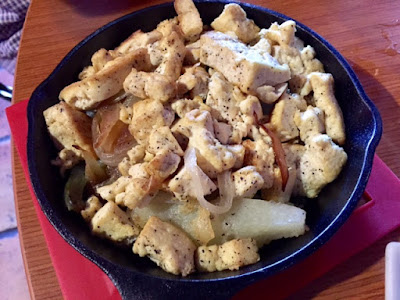 Speaking of Midtown Crossing, I met Susan there for lunch one day last week because they were donating part of their sales that day to Friends for Life (a nonprofit I sit on the board for -- they help low-income people with HIV/AIDS access services, housing, and food). I got the Greek Salad with added chili tofu. 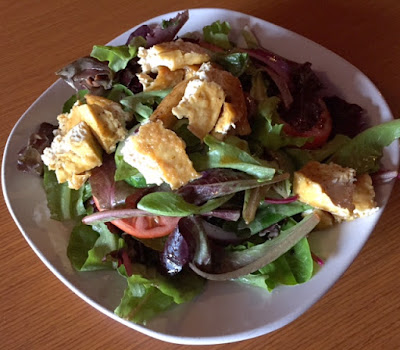 And finally, another breakfast! Yesterday, I had some scrambled Vegan Egg with Vegan Sausage and half a Dave's Whole Wheat Bagel with Vegan Cream Cheese. 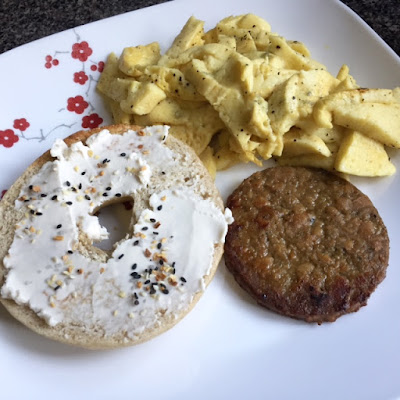 The music fest sounds so awesome, I want to see all the acts! The pita and salad look really delicious too, not bad for festival food!
I'm really craving tofu scramble now! I don't make it that often since going gluten free. I like my scramble on toast. But I might have to make some without toast because yours just looks too good!

What a cool music festival and the food that you found looked incredible! It all looks so fresh and tasty. The tofu scramble and biscuits and gravy look like breakfast perfection :) The Mexican Caesar Salad sounds really interesting! I may have to make my own version of this ;)

Oh my gaaahd, that line up though! So good and 90s.