This morning was the annual Breakaway Bardog 5K, a charity race for St. Jude Children's Hospital that also commemorates the anniversary of downtown pub, Bardog. I'd never run it before, but Paul's just gotten started running, and I thought it'd be fun to encourage him to run his first 5K! So we did it. 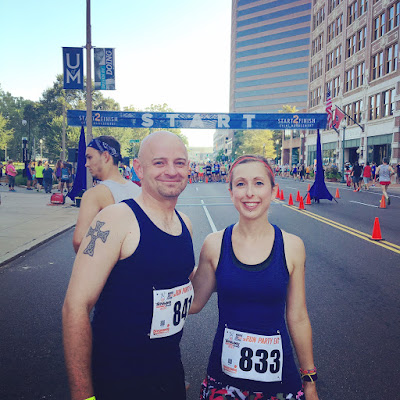 Paul's only been running for a few months, and he runs exclusively on a treadmill at his gym. So this outdoor race in the 90-degree heat was a big challenge for him. But he made it! And he kept a pretty awesome pace (9:30/mi). Even though I run five days a week and do long distance stuff, I'm a very slow runner. I know my comfy pace, and I stick with it, so Paul left me as soon as the race began. My pace was about 11:14/mi.

The race registration came with two free beer tickets, so we immediately got some Bell's Brewery Oberons. 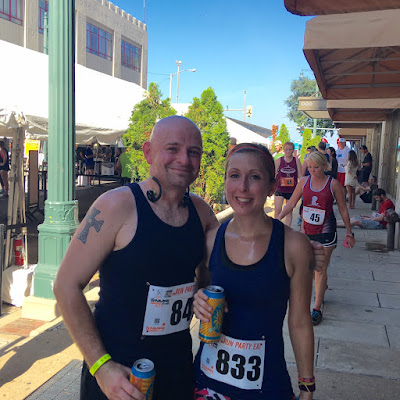 Bardog is owned by the same guy who owns the Slider Inn, and they have several vegan sliders on their menu. So the post-race food included a vegan option — Peanut Butter & Jelly Sliders! I had two, plus a protein bar that I stashed in my pocket before the race. 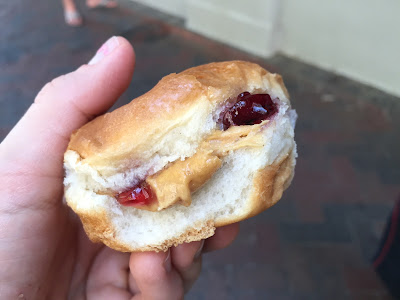 It was SOOO hot! Thankfully, Mempops was there with their amazing homemade popsicles. This Blackberry Lemon Rose Popsicle was the greatest thing ever! 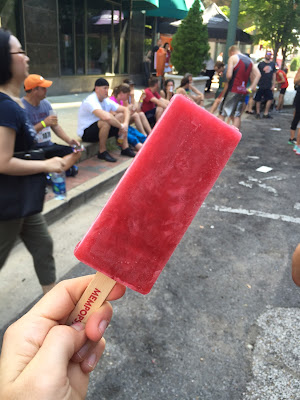 Here we are with Rocky Redbird, the mascot for the Memphis Redbirds minor league baseball team. 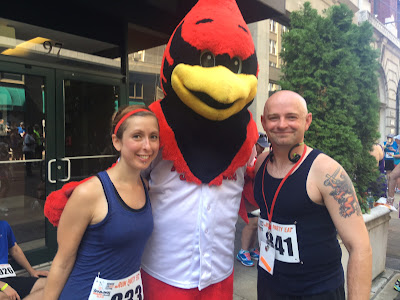 We left the post-race party to go home and shower. And then we went back downtown for Bardog's anniversary fest, which took place in the same area area as the post-race party. We had a couple beers there, and then we got takeout — noodles for Paul, vegan pizza for me — and retired to the couch to watch movies for the rest of the night. My pizza came from Midtown Crossing Grill, and I was so hungry that I forgot to take a pic, which, like, never happens. I must have been famished.
Posted by Bianca at 1:00 PM