I'm still working on my vintage vegan cookbook, I promise. But honestly, my efforts to veganize retro recipes from the past century have been somewhat stagnant lately. I've been busy with life and work and reviewing other people's cookbooks and products. But I've decided that once I get caught up with reviews for this blog, I'll stop accepting every book and product that comes my way so I can get caught up on my own cookbook project.

Until then, I'm developing new recipes here and there, when inspiration strikes. And it struck this week when I got a craving for the Vegan BLT that Square Foods, a now-defunct Memphis health food store and cafe, used to serve. Square Foods has been closed for years, but I'll never forget their BLT. It contained no actual vegan bacon. No fake meat. No tempeh. No tofu. Instead, a layer of toasted sesame gomasio stood in for bacon.

What's gomasio you ask? It's just toasted sesame seeds and salt! And it tastes just like bacon. Don't ask me how. That, my friends, is vegan bacon magic. I can tell you how to make gomasio though. I developed a quick recipe for it so I could use it in the BLT that will go in my 1960s chapter. 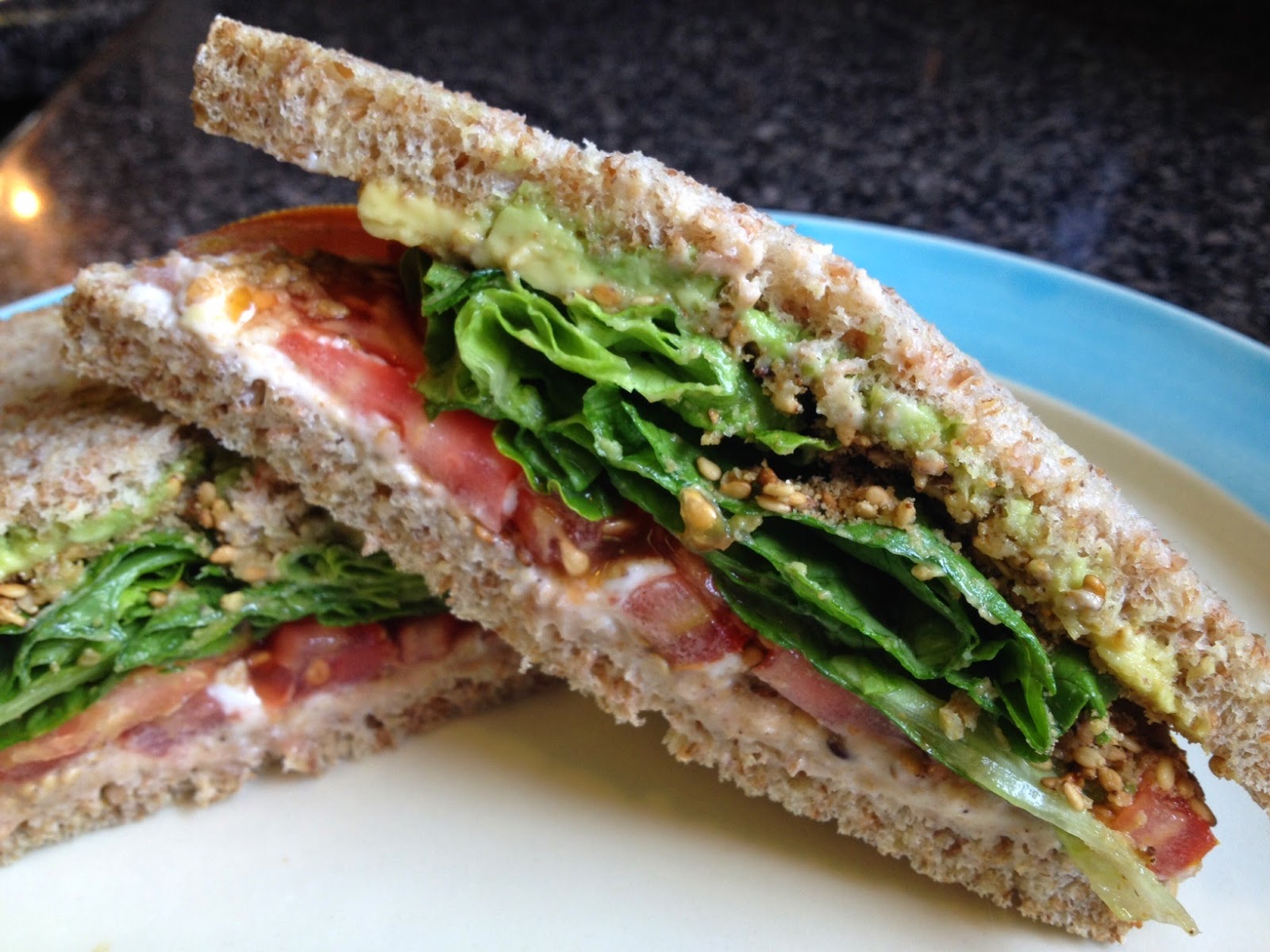 I made the gomasio (recipe below), and then I got it to stick to the bread by smooshing it into a tablespoon of vegan mayo on one slice and one-fourth of an avocado mashed onto the other. And then I added tomato and lettuce of course.

In a dry skillet, heat the salt on medium heat for a few minutes, stirring frequently. This helps remove any moisture in the salt. Remove from the skillet and set aside.

In the same skillet, toast the seeds, stirring often to prevent burning, for about six minutes or until many of the seeds are golden brown and fragrant. Turn off the heat and add the salt back to the pan. Stir well to combine.

Transfer half the mixture to a coffee grinder (or mortar and pestle if you're feeling really hardcore). Grind. Add the ground mixture to a bowl and stir in the whole seed mixture. Stir well to combine.
Posted by Bianca at 10:14 PM

[ Smiles ] You scared me with the word, "Bacon". But, now I know that there was no bacon involved, I am totally relieved.

Sounds interesting. Another classic sandwich with a twist is grilled cheese with a layer of baba ganoush spread on one side. Delish. I like it with daiya mozz.

What an interesting version of vegan bacon! I'll have to try that one :)