I'm a lucky vegan. Why? Because I live in one of the most vegan-friendly cities in the South! Sure, Memphis is no Austin or Atlanta. But we certainly aren't hurting for vegan-friendly restaurants here. And we even have awesome locally made vegan products too!

Look at that awesome bag! Y'all know I love hot, hot, hot food, right? Well, Nikki's isn't for spice-a-phobes. The seasoning is hot as hell, and the chips aren't for wussies. I'm the kind of girl who puts sriracha on everything, and I've been known to eat a whole, raw habanero a time or two on a dare. I even downed an entire bowl of ghost pepper curry once just to prove a point (bad idea, my friends ... bad idea). 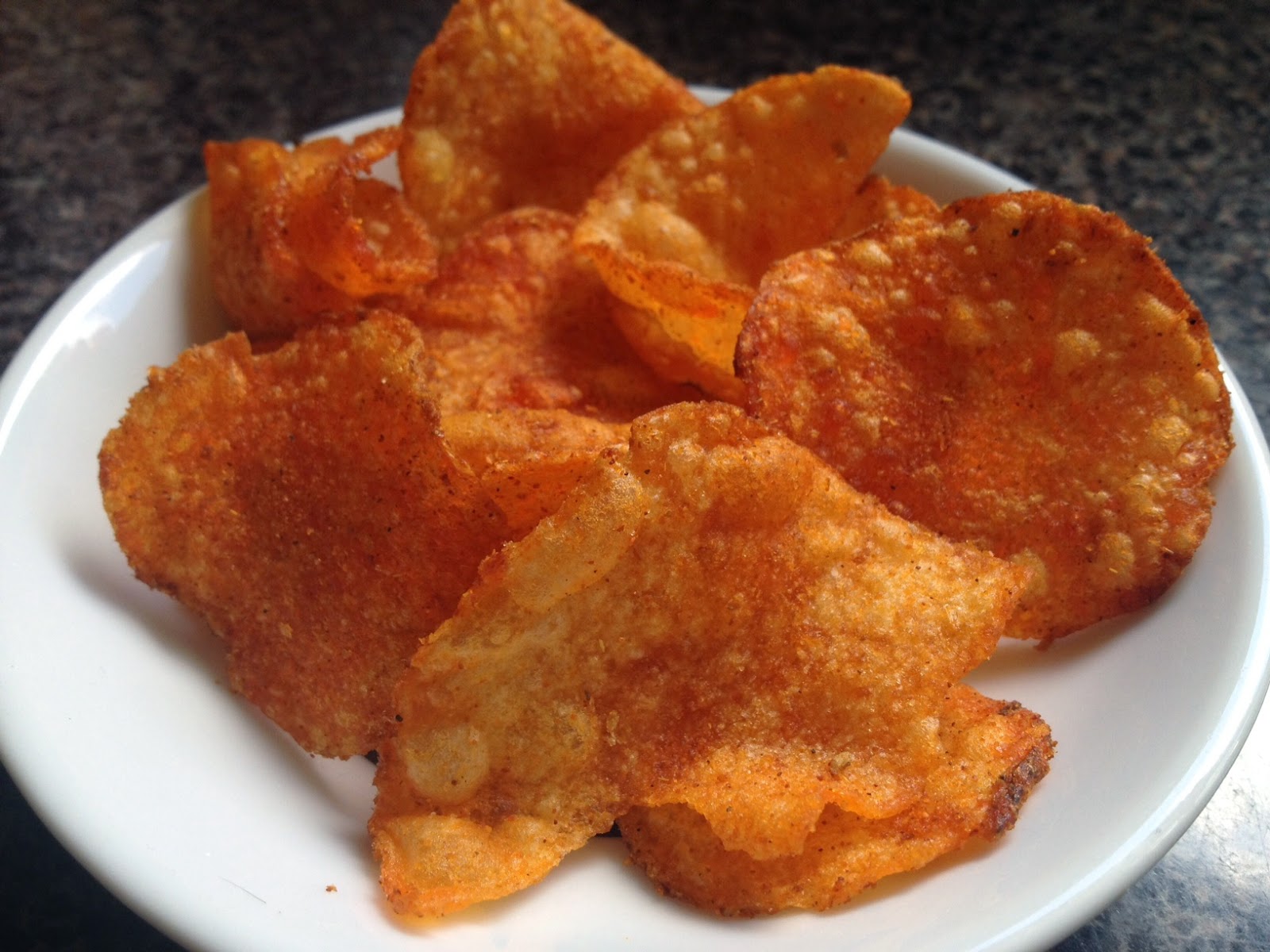 But Nikki's Hot Ass Chips are just right. They're not spicy in an "omg, pass the almond milk" kind of way. But they're just hot enough that you'll want to keep a box of Kleenex nearby. I had some tonight with a banh mi sandwich doused in sriracha, and I'll admit, my nose was running, but in that good clear-your-sinuses kind of way.

Lucky for you, dear reader, even though Nikki's is Memphis made, anyone can order the seasoning or chips online! Here's the link.

Also, I have some more very vegan-friendly Nikki's Hot Ass news that I'm not allowed to divulge yet. But a post is coming soon!
Posted by Bianca at 10:02 PM

Hahah that bag is insane! It looks like a mask in a bag! I also love the title of yr post, haha.
These sound delicious. And paired with a sriracha banh mi - double whammy.

Oooh, these sound good! And that bag is hilarious. I'm not quite the hot foods champ that you are, but I bet I would like these! And I know Drew would like them!

I need to try these ASAP!

I've been a big fan of your blog since you started with your fun wit and great taste! This is a really accurate review of Nikki's Hot Ass chips! Since Nikki's Hot Ass is in the office next to me, I try to restrain myself from eating too many. But it never fails...a co-worker will open a bag and start crunching... I'll smell a hint of garlic powder wafting from the bag...and I'm toast. BIG BIG FLAVOR and perfect paired with a sandwich and cold beer. mmmmmmm