The day the news broke that Taco Bell was introducing breakfast and the already legendary waffle taco, I knew that waffle's vegan day would come. Waffles + vegan sausage + tofu "eggs" + vegan cheese. Such an easy veganization. And it sounded so freakin' delectable.

My friend Sheridan actually tried it before I did, and she sent me pics. I knew this needed to happen in my kitchen sooner than later. So about a week ago (yes, I'm behind in posting), the Vegan Waffle Taco finally happened for me. 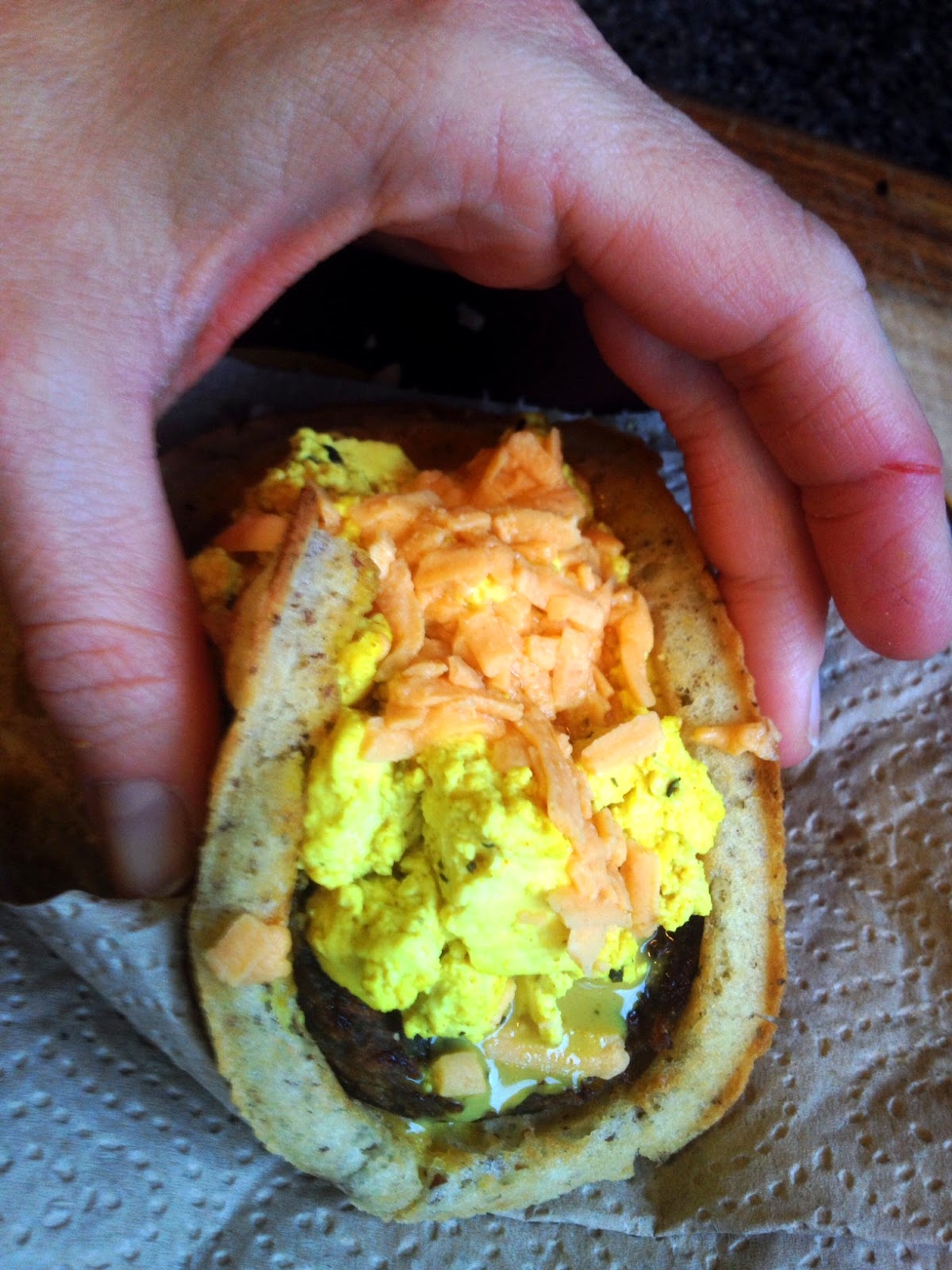 By the way, if you have a Kroger store in your area and haven't yet tried these meatless breakfast patties, please do so post-haste. Best vegan breakfast sausage out there.

Also, these Follow Your Heart Cheddar Shreds are pretty awesome too. I'm typically a Daiya girl, but FYH sent me these shreds made using their new formula. I'd tried them the old formula, and they were good. But I do believe this new one seems closer in taste the FYH blocks of cheese, which I've always loved. The older version of the shreds were a bit drier than the block, and I feel like this new formula is more on par with shreds from hand-shredding the actual FYH cheddar block. Does that make sense? Anyway, they sent me several packs so I'll be blogging about the Mozzarella and Fiesta Blend when I try them. 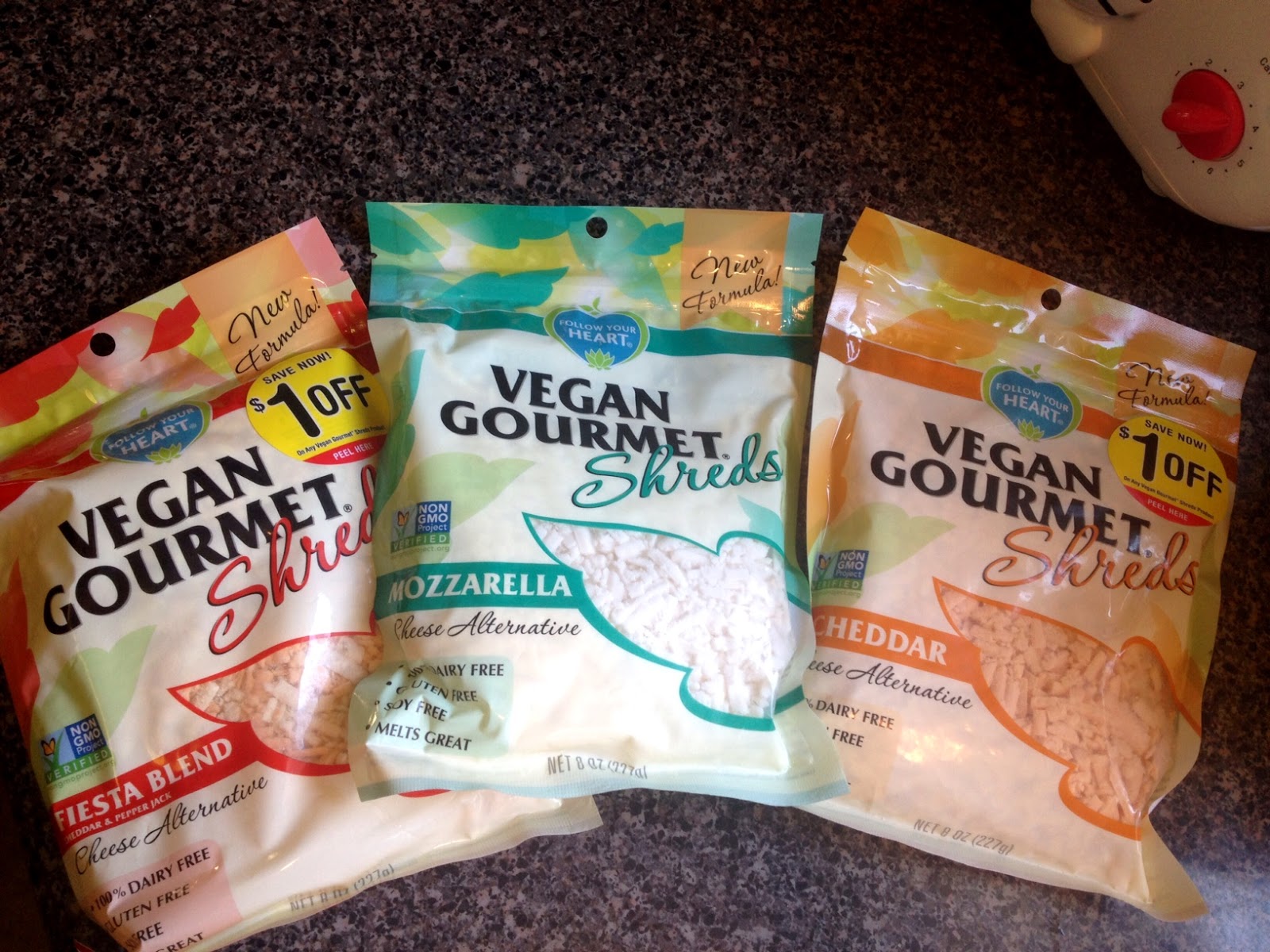 In case you were wondering about the taco, well, it was AMAZING! But hard to eat in taco form. And I couldn't fit nearly as much tofu scramble as I wanted into the small waffle. So later in the week, I ended up making Deconstructed Vegan Waffle Tacos that I could eat with a fork. Much better. 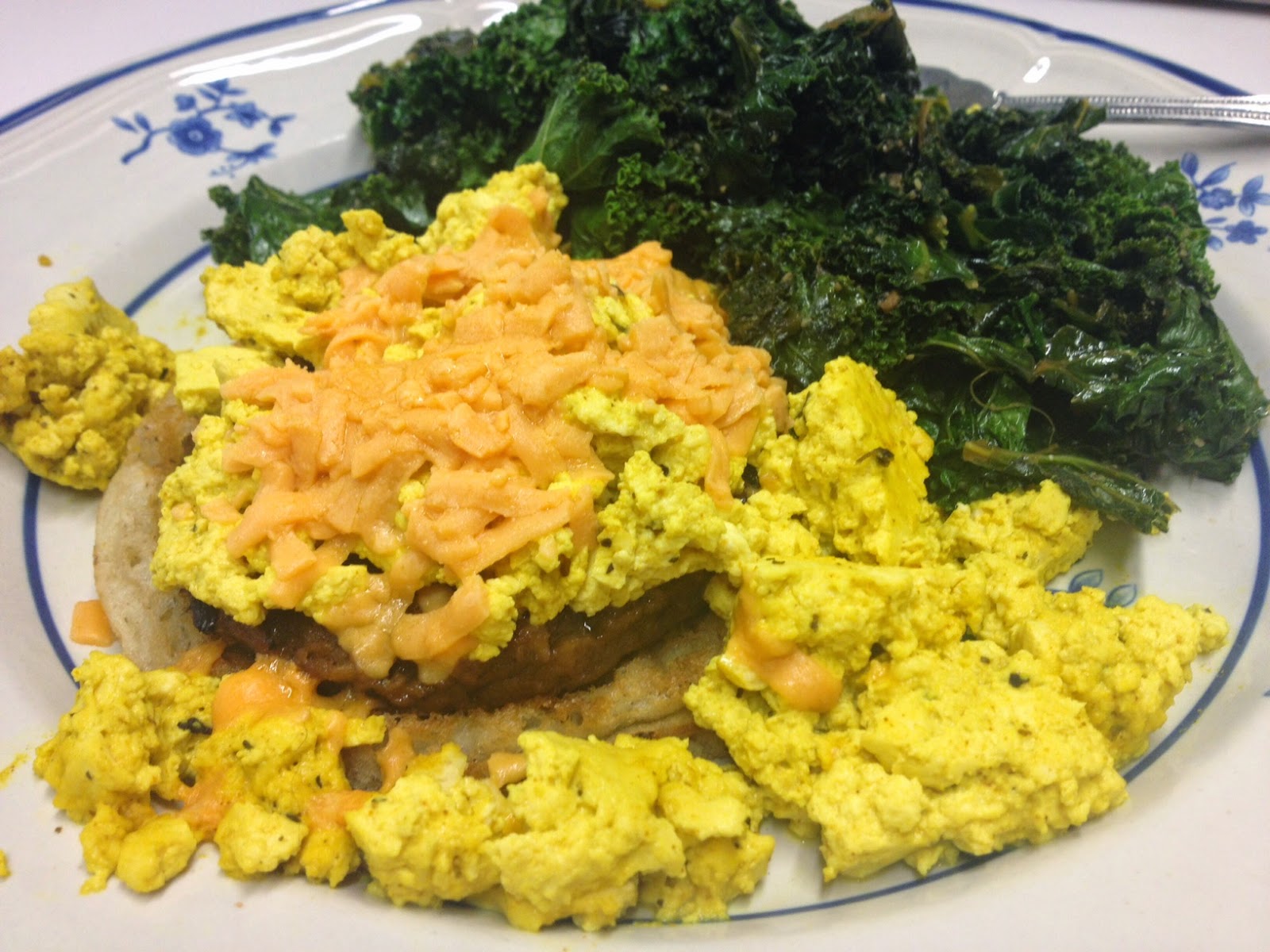 this is SO happening this weekend. i love the side of kale. it says, this meal is healthy... see...KALE! :) love it

Yessss, these are the BEST! I need to make them again! Yours looks awesome!!!

That looks amazing! I have definitely thought about veganizing the waffle taco because I'm fascinated by it and I'm glad to see it came out yummy! I'll definitely have to give it a try!

Awwwww yeah! I'm thinking this would be best eaten on a giant pancake instead of a waffle though. For maximum taco effect. :)

That looks really yummy! I am new to being vegan, I'b vegetarian for a while but just decided to take the full step. How are the tofu eggs and vegan cheese? Scrambled eggs and cheese was one of my favorites and I have been looking for something that compares well.