Memphis Has a Vegan Food Truck!!!

Yes, that's right. Not only does Memphis have two totally vegan restaurants — Imagine Vegan Cafe and Two Vegan Sistas — and loads of places with vegan options, we now have our very own vegan food truck.

It's called Something Healthy, and I found it a couple weeks back at Tennessee Brewery Untapped, a pop-up beer garden set up in the courtyard of the long-vacant Tennessee Brewery. I'm lucky enough to work right across the street from Untapped, but sadly, there are only two weeks left before the pop-up garden, well, pops away. 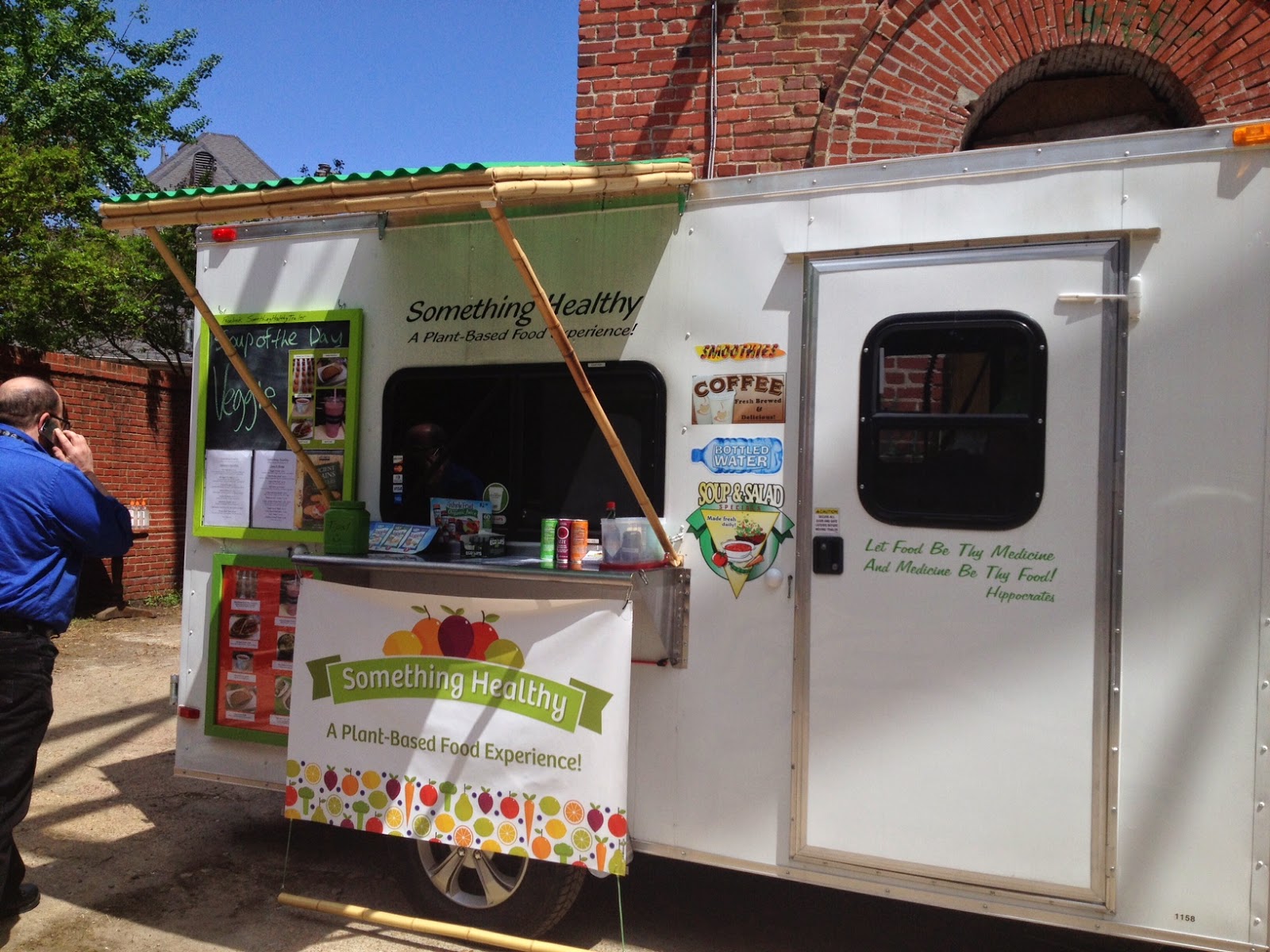 But don't worry, Memphis vegans. The Something Healthy truck shows up at events all over town. And they post where they'll be on their Facebook page.

So what do they have? The menu is small, and it's very omni-friendly. There are hummus & veggie sandwiches, chickpea tacos, guacamole, black bean soup, lentil chili, and peanut butter hemp balls (made with hemp hearts, peanut butter, dark chocolate, and crunchy cereal). And they have lots of smoothies (made with almond or coconut milk)!

Here's what I got. I ordered the Veggie Panini. 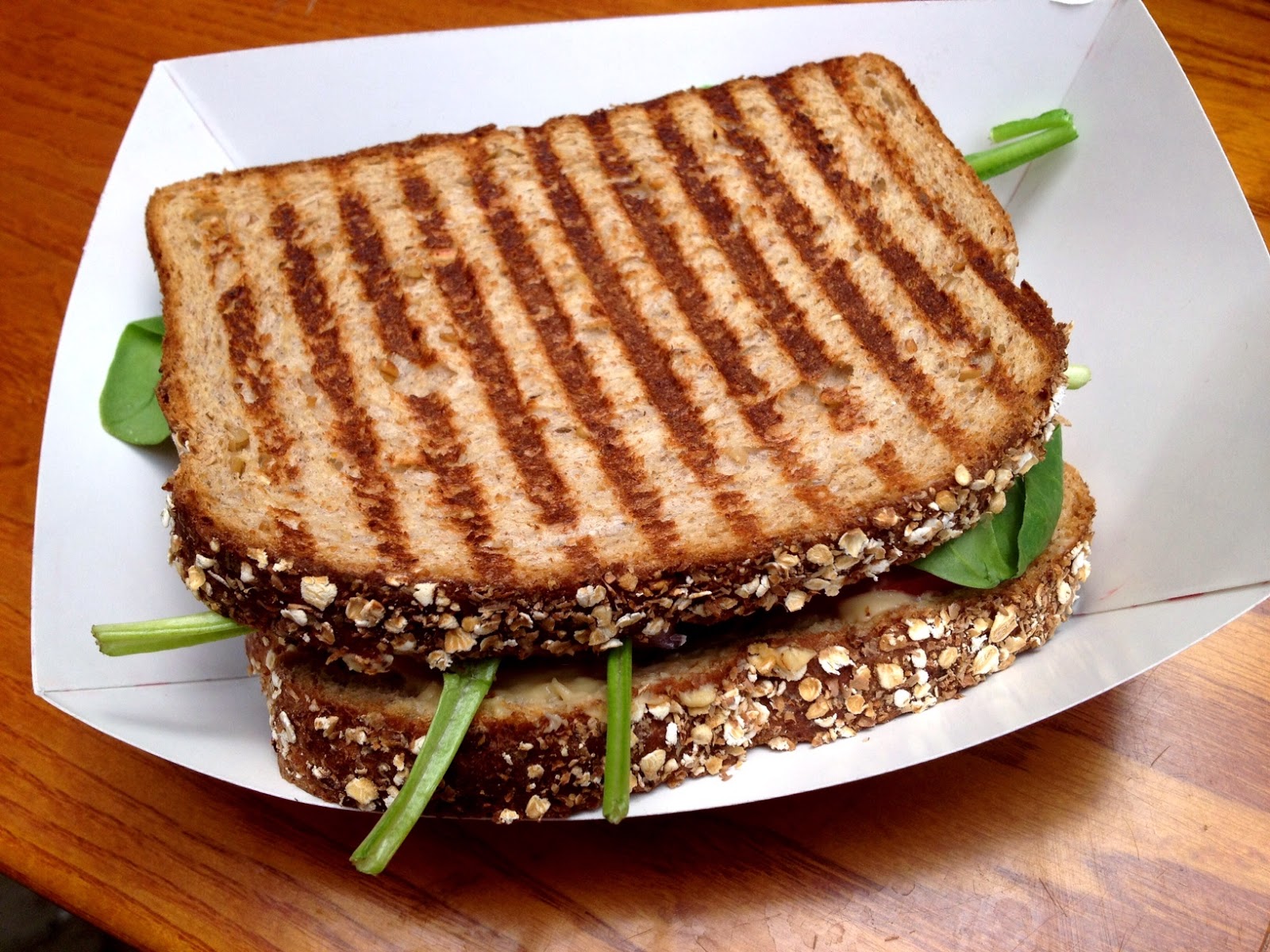 Inside, there's hummus, tomato, bell pepper, red onion, and spinach. This was hearty and delicious. Like most vegans, I love hummus more than I love just about anything in the world. And one cannot go wrong with a hummus sandwich. 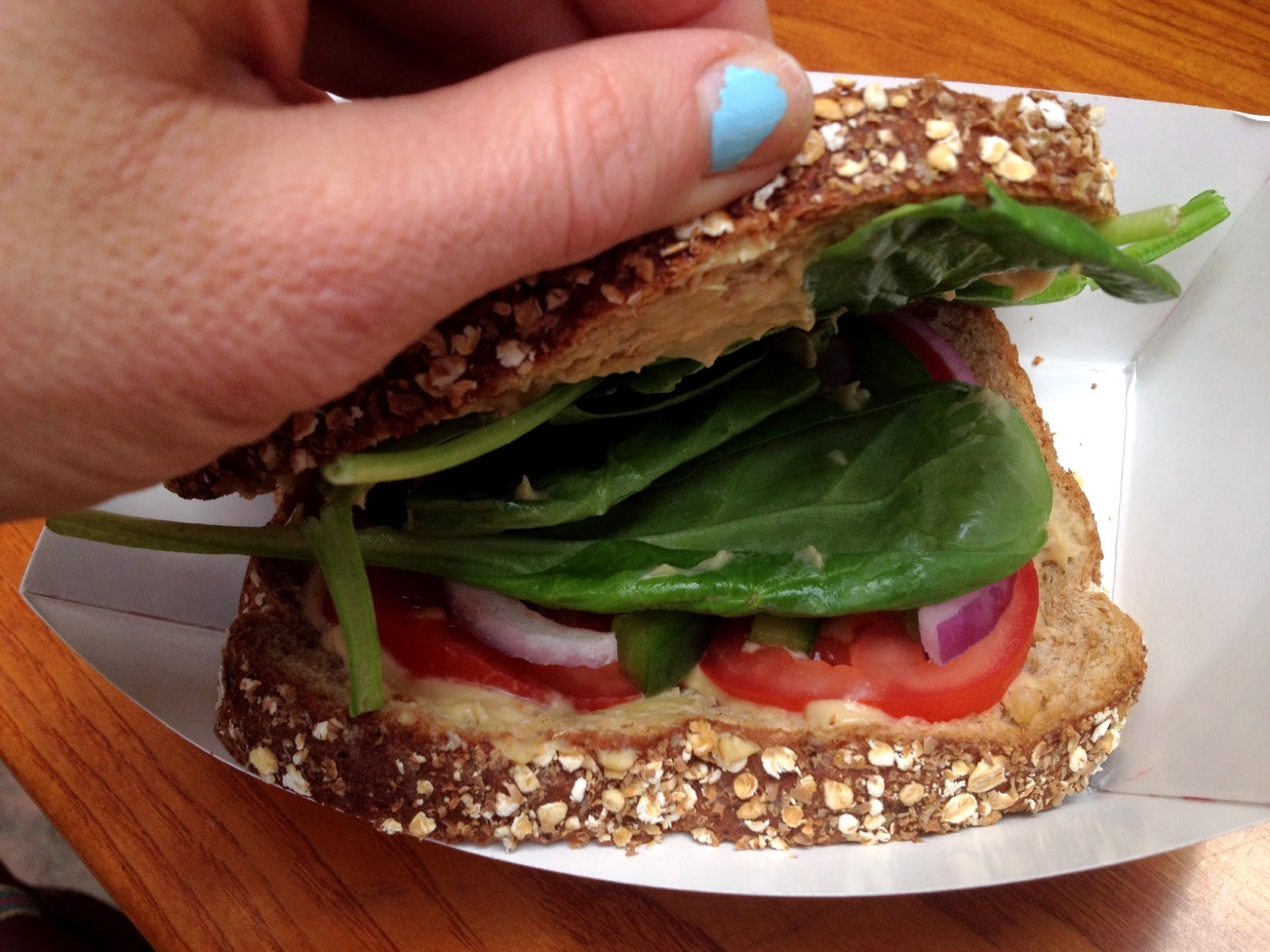 On the side, I ordered the Guacamole and Chips. 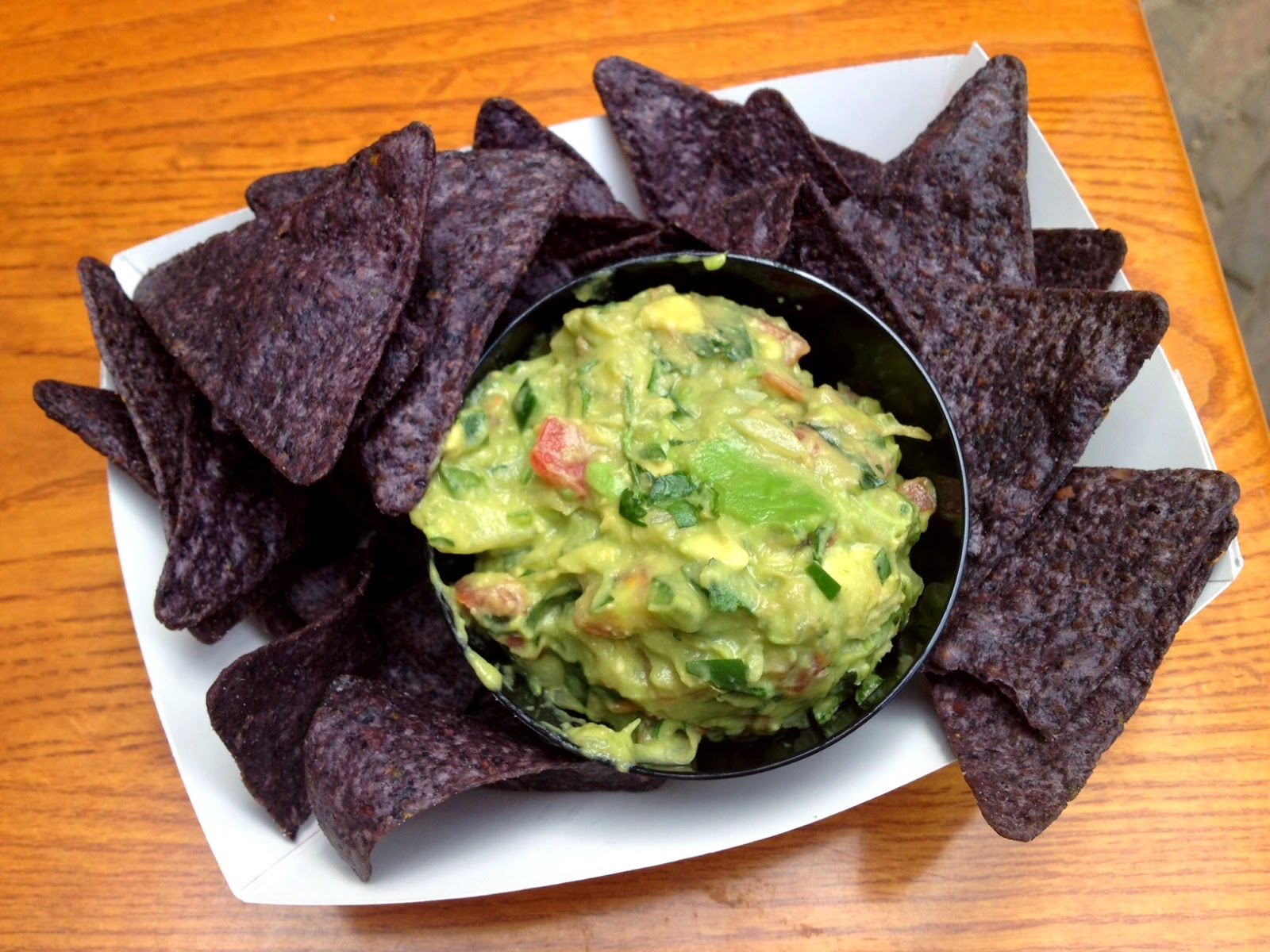 For $4, they were super-generous with the fresh guac and blue corn tortilla chips. And the guac was chunky and well-seasoned. One can also not go wrong with guac and chips.

I wish I'd ordered some Peanut Butter Hemp Balls too. I didn't get to try those that day, but I guess now I've got another reason to look forward to visiting the Something Healthy truck again.
Posted by Bianca at 9:00 PM

we need a vegan food truck here! we used to have a vegetarian one that was very vegan friendly, but they closed :(

It's always rad to have another vegan option especially one that's so generous with the guac!

I work at Baptist women center by Baptist east. There are few places to get lunch on my 30 minutes lunch. I would love to find something new and refreshing. If you guys are ever out that way I would definitely grab a lunch.