I made it through a whole day on the Crazy Sexy Diet! And it wasn't even hard. I love how these whole foods cleanses just feel so natural and clean. Today, day two, went very smoothly too! It started with another glass of Morning Glorious Juice (kale, romaine, green apple, broccoli stems, lemon, celery, and cucumber), sipped at the breakfast table while I read the local and national headlines online.

Mid-morning, while editing stories at my desk, I went to the breakroom fridge to grab the AJ's Power Smoothie from Crazy Sexy Kitchen that I'd made before leaving for work. 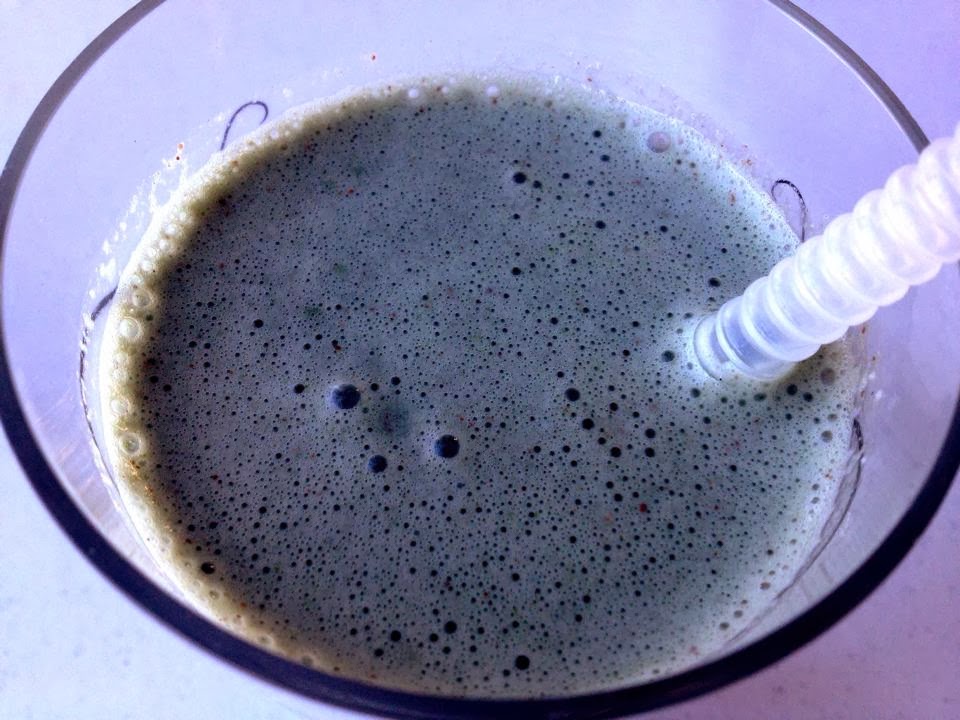 This is supposed to be a green smoothie, but it's more blue-green. That's probably because it has blueberries, strawberries, peaches (subbed for the mango in the recipe since I just happened to have frozen peaches that needed using), almond milk, raw almond butter, and kale. It wasn't as sweet as I'm used to with my stevia-sweetened Vega smoothies. But that was okay. The lack of sweetness really brought out the flavor of the raw almond butter.

Lunch was another Chopped Salad from Crazy Sexy Kitchen (romaine, chickpeas, sunflower and sesame seeds, and flax oil & vinegar). I probably won't show pictures of the same things over and over, but there will be a ton of leftovers on this cleanse. That's the only way I can afford to do it!

I decided to go to a Bikram Yoga class in the afternoon. I have an unlimited month of classes that ends on January 10th, and I really can't afford to sign up for a full membership right now. So I wanted to squeeze in one more yoga class in a 105-degree room! Honestly, it's so cold outside that I welcomed that intense heat for the hour-and-a-half class.

Before class, I snacked on a date and some Curried Cashews from Crazy Sexy Kitchen. 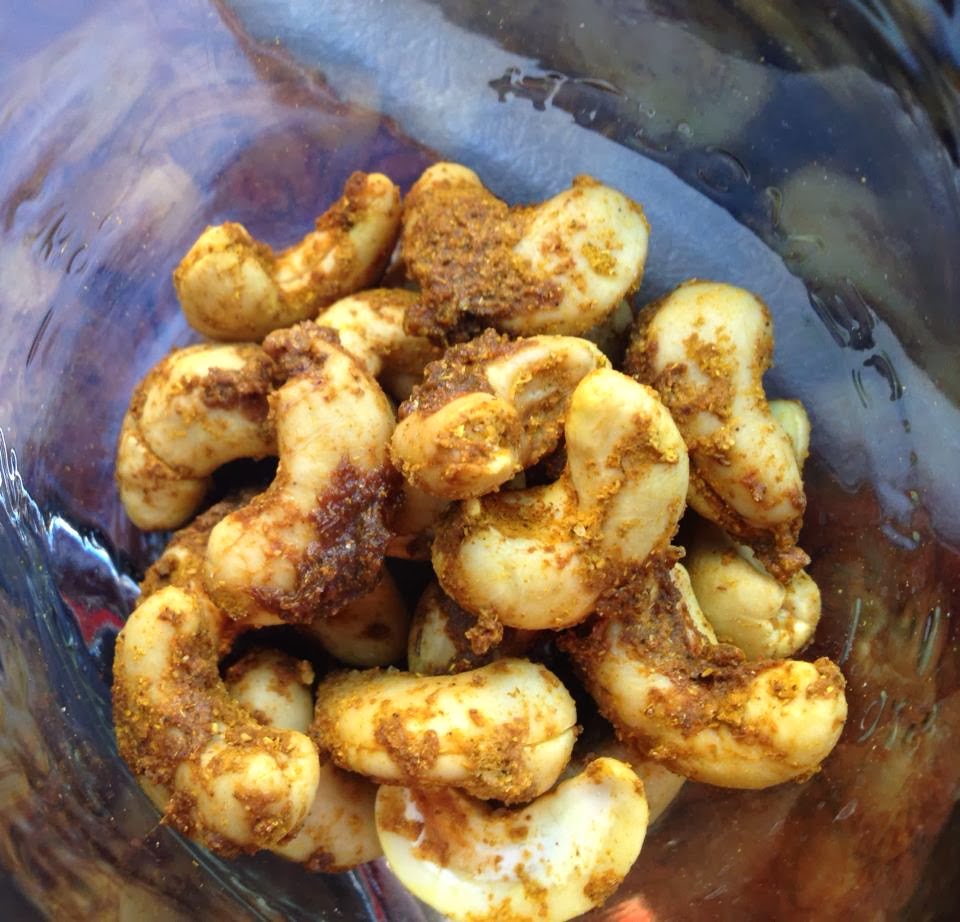 These were awesome! They're soaked cashews tossed with curry powder, onion powder, coconut sugar (a low-glycemic sweetener, so I'm allowing that on this no-sugar cleanse) and cayenne and then dehydrated for about six hours.

Dinner was a new dish — Lentil & Chard Ragout Over Millet. 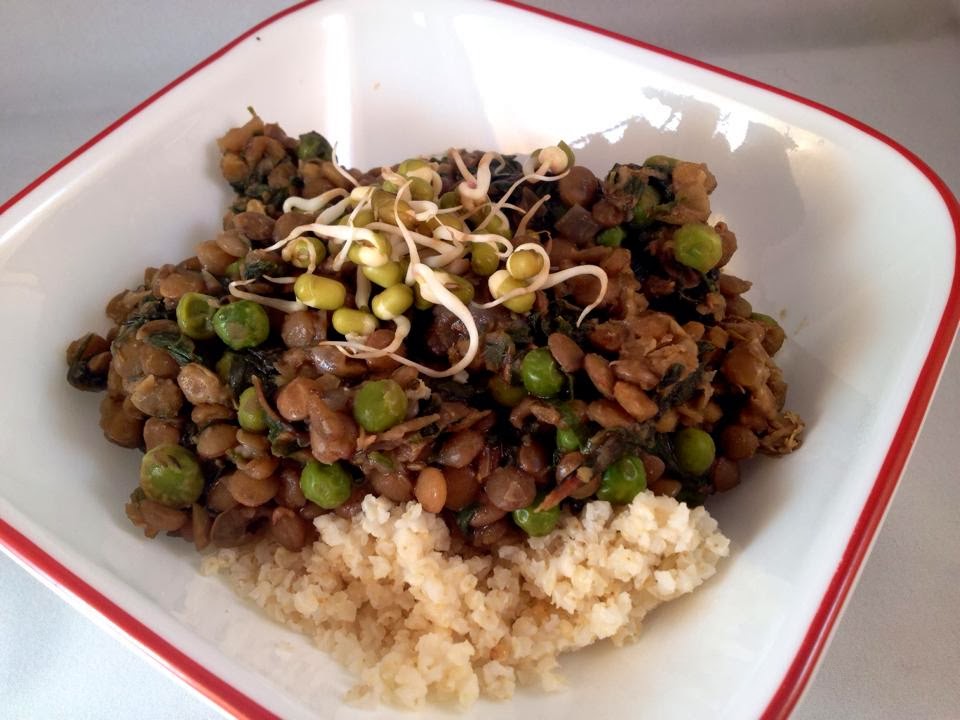 The lentil dish is from Crazy Sexy Kitchen, and I opted to serve it with millet. Lentils are simmered with onion, Swiss chard, peas, garlic, nutritional yeast, and fresh parsley. I topped my bowl with home-grown sprouts. It was the first hot meal I've had in days, and I welcomed it on this cold night.

Now, Crazy Sexy Diet is a no-sugar cleanse. But Kris Carr does say a little nibble of a good quality dark chocolate from time to time is okay. And after burning more than 400 calories in Bikram, I felt like I deserved a little treat. And the more and more I thought about that, the more I couldn't stop thinking about chocolate. So I broke down and had a small square (about an eighth of the bar) of this Chuao Orange-a-Go-Go bar that Kristina at Spabettie mailed me a few weeks ago. It has orange and bergamot! So decadent! 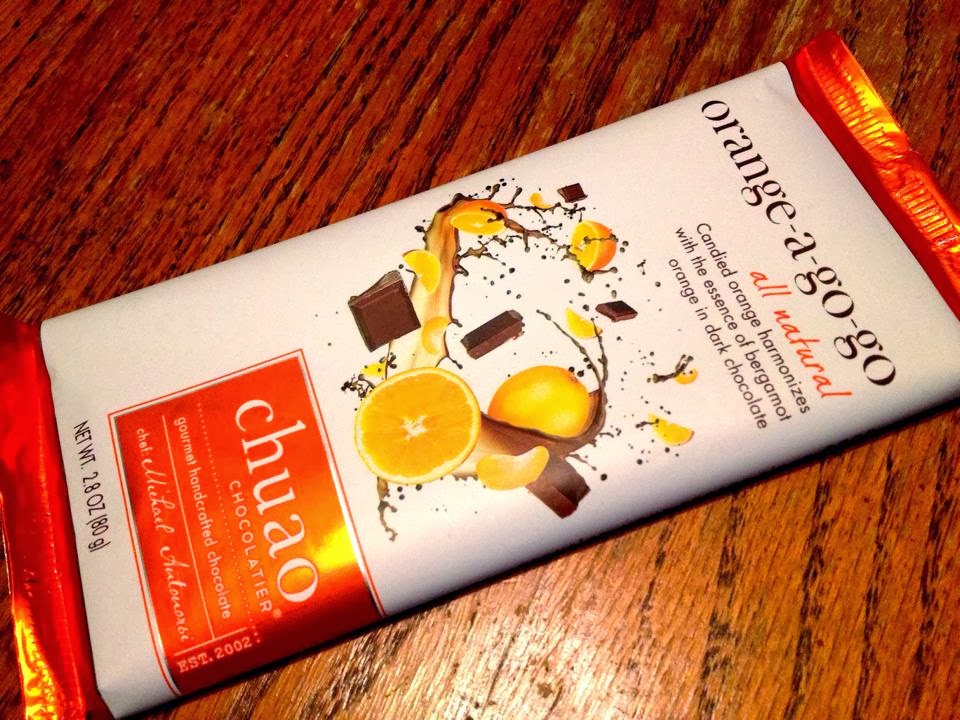 I won't be eating chocolate everyday, but I also don't want to feel the deprivation I've felt on this cleanse in the past when I was super-strict and militant about everything. A tiny taste every now then over the next few weeks is okay by me. I think that will prevent me from totally relapsing in the end and stuffing my face with five cupcakes in one night (yea, that happened the first time I tried CSD).
Posted by Bianca at 10:00 PM

I've been doing the same thing with chocolate bars...keeping one around and just having a square or two when I crave it. (The only problem is when I "crave it" as soon as I get home from work, after dinner, with my coffee in the morning....)

I say do what you gotta do, girl. I'm thinking of buying myself this book now!

You are doing so great! Everything sounds delicious again and the chickpea chopped salad sounds amazing. I have CSK and I really need to start trying out the recipes! I'm inspired!