My other car is a bike. I ride around Midtown and Downtown at least once or twice a week, whenever I have time. Luckily, Memphis is getting more and more bike friendly. In the past year, we added 35 miles of bike lanes throughout the city, and we're on par to get about 75 more! Many of the lanes have been added in my neighborhood, so I've been having a pretty easy time getting around on two wheels.

Tonight, we had some awesome cycling advocates in town for a Vegan Dinner + Bike Tour. They've been touring the Southern U.S., cooking up vegan meals and talking about bikenomics. First, Chef Joshua Ploeg cooked us an amazing vegan dinner using locally grown produce: 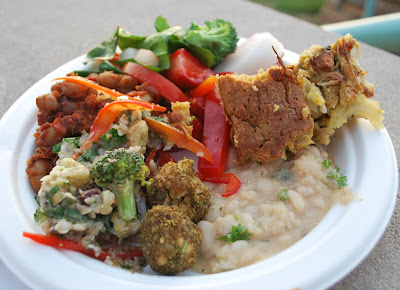 There was cannellini bean hummus, strawberry fattoush with pomegranate vinaigrette, fava bean foul, onion cake with cassava and garbanzo, raw falafel, and lentil mash. Everything was delicious, but I was especially fond of the raw falafel. It was made with dates, garbanzos, coconut, cashews, and herbs.

Here's Chef Joshua. He's awesome! I met him before a few years back when he toured through Memphis on a vegan cooking tour. And I bought a few of his cookbooks back then. 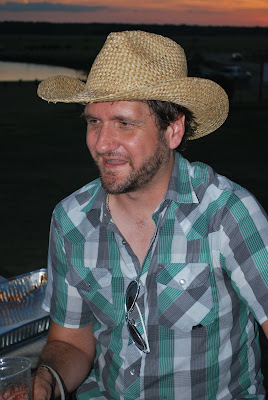 After dinner, we listened to Portland Taking the Lane blogger Elly Blue lecture about how much more economical it is to ride a bike versus driving a car, and then Microcosm Publishing founder Joe Biel showed us some short films he made about biking in Portland.

There was a Microcosm merch table. If you're not familiar with Microcosm, it's an indie publisher that specializes in zines. They publish some great vegan cookzines, like Hot Damn and Hell Yeah and Please Don't Feed the Bears. I had a hard time making a choice from their selection of vegan, feminist, cyclist, and other radical literature. 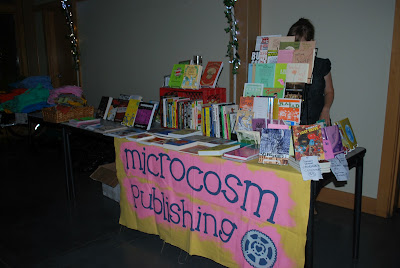 But I finally settled on two cook zines by Chef Joshua — So Raw It's Downright Filthy and In Search of the Lost Taste: 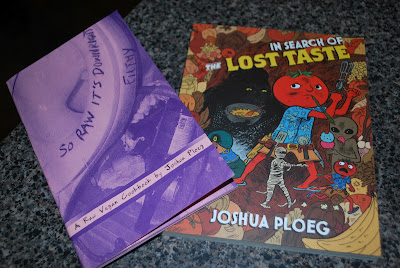 I love how the raw book has a toilet seat and a beer bottle on the cover! And the other book has a recipe for a homemade Miso Bloody Mary and Deep Fried Blueberry "Steak" Balls!

I also bought this awesome bike tee! This isn't me wearing it though. It's Joe Biel. I stole this from Microcosm's website. Mine's on a hanger in my closet: 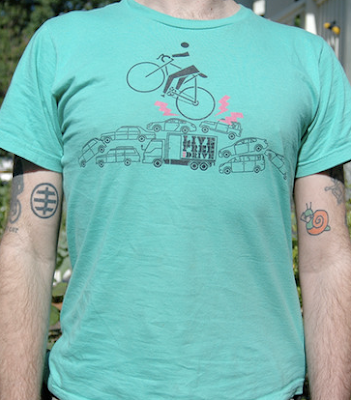 It was a fun night! And now I can't wait to get back on my bike! I've had a flat tire for about a week, but it's all patched up now. I might even start commuting to work sometimes.
Posted by Bianca at 11:40 PM

This cruiser is what happens when you mix a classical-styled bicycle with a vibrant color pallet Hermosa Beach.

that is such a rad dinner.. I should join the touring vegan bike club people one day! Enjoy your bike... I can't get enough of mine. I did three different bike workouts yesterday because I think cycling is the best.. :)


I also discovered that spin classes really help make you stronger for your real bike- if that helps!

Love the t-shirt! Do you know who I should contact to order one? A good description of a wonderful get-together. So glad to learn of such goings-on on behalf of cycling + veganism. Yay!

What a fun evening!! It sounds like a perfect time :) I really want to get a bike and use it instead of a car (it is especially enticing since I've had tons of car trouble over the past two days). One day :) Dinner looks awesome!

How do I get involved in doing stuff like that?? I have been biking a lot and I love to eat.

We are car-free and love our bikes. So nice that Memphis is getting bike friendly.

I love my off road bike. If only it went faster on road. That raw falafel sounds really good.

How awesome! Your city seems to have the best events, lucky you!

Looks like a super yummy dinner! I love raw falafels. Your blog is quite interesting!!

We just had at my library in Nashville. He improvised this great latin-inspired meal. I recommend his cookbooks. He threw grapes in this quinoa salad thing he made. He's pretty crafty. We're going to try to have a vegan throwdown sometime in Nashville. Who's in?