Sorry for the lack of posts since Thursday ... I'll catch you up on what's been going on. On Thursday night, I led a Tofu Chocolate Mouse cooking demo at our monthly Food Awareness vegetarian group meeting at Wild Oats. Thanks to Steph from Poopie Bitch for snapping this photo: 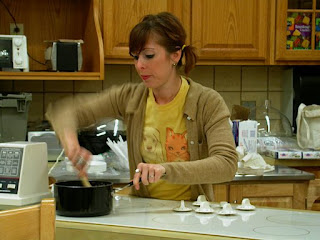 Sorry, but there are no final photos of the mousse. It's really simple to make though. Just blend one pack of silk tofu in a food processor. Melt down one bag of vegan chocolate chips in a saucepan and add 3 tablespoons of maple syrup and 1 teaspoon of vanilla. Pour the chocolate into the processor and blend with the tofu. Voila!

On Friday night and Saturday, the Dutchman and I (and my friends Sheridan, Greg, Misti, and Holley) got crunk at the annual Beale Street Music Fest in Tom Lee Park on the Mississippi River. We saw Joan Jett, Lou Reed, Arrested Development, Disturbed (not that I care, but that show made the Dutchman's day), and heard part of My Chemical Romance (my favorite band at the festival that unfortunately got sort of rained out). Not only did we see plenty of great shows on four stages throughout the park, but we ended up covered in mud ... every year, the festival is somewhat rained out and the park becomes a giant mud pit. 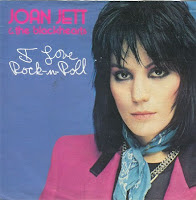 Needless to say, I ate nothing but crap while I was there Friday night and all day Saturday. My dinner at the show last night was a heaping mound of Saratoga Chips, those thinly sliced grease-drenched homemade potato chips commonly sold at fairs and festivals. Each year, they usually have one booth (out of like 100) selling vegan burgers or burritos. But this year, I searched high and low and could not find it. So I settled for crap food.

Then today was my mom's birthday, so I made whole wheat vegan Coconut Heaven Cupcakes from Vegan with a Vengeance: 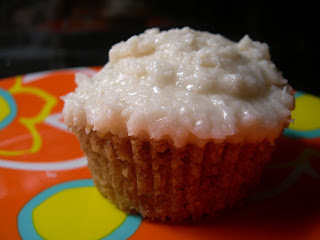 Again with the fattening, not-so-heathly food, but hey, at least I used whole-wheat pastry flour and light coconut milk. These were aptly named because they were, indeed, heaven.

On Saturday morning, before heading down to Music Fest, I went to the Memphis Farmer's Market for the first time this season! I love the farmer's market so much! It's only open on Saturdays from 7 a.m. to 1 p.m., and I've been busy and/or out of town since it's grand season opening two weeks ago. It's still early in the growing season, so pickins were slim. Here's my small haul: 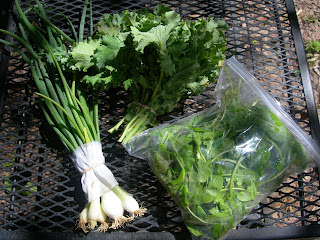 I brought home some fresh arugala (in the plastic bag), one bunch of kale, and some wild Vidalia onions. I also picked up a special treat for my dog, Datsun. A lady at the market was selling Pupcakes for $1: 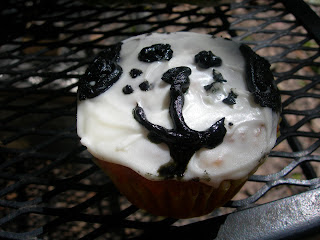 I forget what was in them, but I believe it was vegetarian, just not vegan. It definitely had cheddar cheese in it. But Datsun's an omni so he didn't mind.

Also, the Liz Lovely cookies I won on Jess The Domestic Vegan's blog came in on Friday. That was super fast! 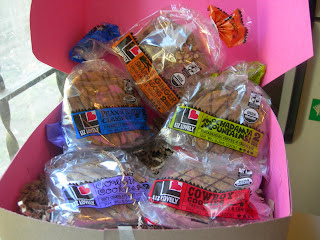 There are five kinds: Cowboy Cookies, Cowgirl Cookies, Peanut Butter Classics, Ginger Snapdragons, and Mochadamia Mountains. I plan on doing cookie review posts as I sample each one, and though I tried the peanut butter cookie yesterday, I'm going to save it for an entire post later this week because this ones getting a little long.

On a final note, I want to say thanks to Alice in Veganland for awarding me the "E for Excellence" award for my blog!

This really means a lot to me. I've only been doing this since December, and it's become such a fun obsession. I think I have more fun photographing my food now than I do eating it! And that's saying a lot because I'm an eater. I'm now going to pass the award on to three others (whose links I will add in the morning from my work computer because my home computer doesn't give me the option of linking...does anyone know how to fix this btw?)

And the E for Excellence Award goes to (drumroll, please):

Steph from Poopie Bitch
Kittee Kake at Kittie Kake
Melisser at The Urban Housewife
Posted by Bianca at 9:43 PM

You look so professional at your demonstration!! =) I would've definitely attended if I could have.

I feel relieved I'm not the only one who ate only unhealthy things this weekend ;-). I also love the first picture, it looks like you were in a TV show!
Congratulations on your award ;-)

happy belated bday to mom!
I would have loved to attend the demo too.
hooray, cookies & CONGRATS on the award. whew. sorry about raining all this on you in one shot, I wanted to remember it all. :)

Oh please, guuuurl; my blog is not excellent! hah.
Also, I have a total boner for Joan Jett. I was standing next to her at Warped one year & watched her play while standing on stage; LOVED IT.
Also, you look so cute doing your demo! Very cool.

LOVE the candid photograph of you, at the cooking demo - so fun!

Hooray for the Farmer's Market!

Mmm, the Coconut Heaven Cupcakes that you ,ade sound heavenly; and the pupcake is just too cute :0)

I love the cooking demo picture. All that food looks so good, I can't decide which is my favorite.

Your decorating skills are fantastic.

Ohmygosh! Thank you for the award! :)

Ahhhhh! I forgot to take pictures of the finished mousse! I'm sorry. I was so distracted by the awesome deliciousness of it, it slipped my mind. Well, everyone will have to take my word for it that it looked damn tasty!

Happy (belated) birthday to your mom! I'm glad the Coconut Heaven Cupcakes turned out well - I really want to try those! I might make some for my mom for Mother's Day.

Sorry it rained on you, but at least you had a good time anyway! I found this funny: The Brit isn't from around here (obviously), but when I asked him early last week if he thought it was going to rain over the weekend, he looked at me like "duh" and said "it's Music Fest, what do you think?". Classic.

I didn't make it to the Farmer's Market on Saturday (we're laying new flooring in our house), but I'm totally going to go this weekend. Do you think they'll have strawberries?

You look adorable doing your cooking demo! So glad you got your cookies, too! I can't wait to hear what you think. Yum yum!

Congrats on your blog award! I agree that it is definitely E for Excellent.

So, what's in a pupcake other than cheddar cheese? Not that I have dogs, I don't. I am curious though.

Pupcakes? Awesome. And I'd like to hear more about your cooking demos! I wish we had a regular vegan cooking demo around here.

If you hadn’t gotten the award from someone else, you would most certainly have gotten it from me, as your blog is one of my favorites.

And happy birthday to your mom! I want a cupcake!

I made those coconut cupcakes a few times and they are always soooooo good! Especially when you keep them in the fridge on a hot day. I like the action shot of you cooking!

Those wild vidalia onions look great. I wish my farmer's market carried them!

You look so cute at your cooking demo!! That's awesome that you're doing that.
And congrats on the award!!

That's so cool that you got to do a cooking demo! I would have gone, except for the terrible commute. :)

I forgot to go to the Farmers' Market last weekend so I'm going to try and remember for this one. I'm not sure what they'll have this time of year, asparagus maybe?

Joan Jett, that really takes me back, I'd love to see her. Did you know she's a vegetarian?