Health Made Simple for Athletes Wrap-Up

I'm done with Health Made Simple! Technically, my 4-week whole foods-based meal plan ended Sunday night, but over the weekend, I deviated from the plan a few times. I love a good January reset to get my healthy eating goals back in line, and I plan to take some healthy habits from the plan forward into the year. Definitely going to try to eat mostly whole foods, eat fruit every day, and enjoy salads before dinner.

Here's a recap of Friday through Sunday. On Friday morning, I had a Larabar before my 6:15 am bootcamp class, and then I had a post-workout banana. Breakfast was a raspberry strawberry protein smoothie, and morning snack was Baked Corn Chips with Vegan Queso & Salsa. 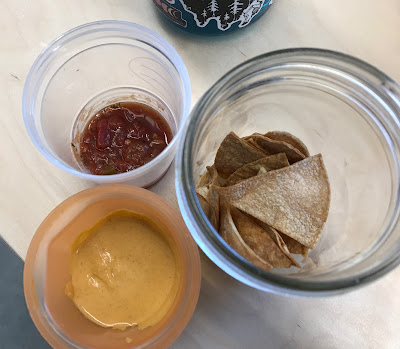 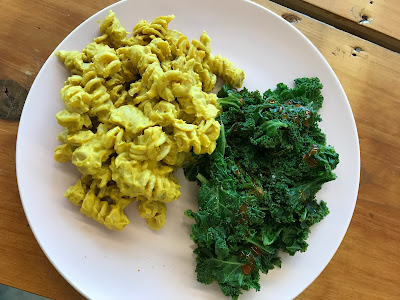 Afternoon snack was fruit, as usual. And then for dinner, I had Cowboy Chili, topped with vegan cauliflower-cashew queso. This was supposed to be made with blackeyed peas and kidney beans, but I forgot the peas at the grocery store. So I used pintos since that's what I had. What I love most about this chili is the hominy and collard greens, both unique ingredients for a chili. 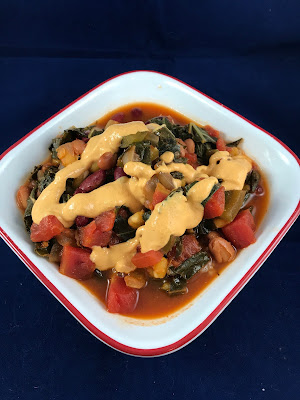 On Saturday morning, I had a race — the Crosstown 10K, which goes right through my neighborhood! I got up early and had a pre-race Bagel with Sriracha Hummus. 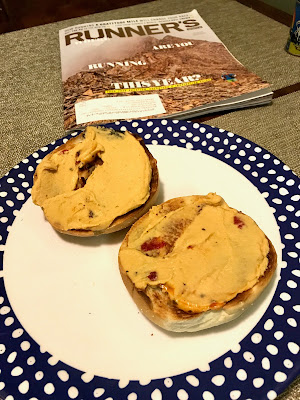 Here's a finish line action shot! I took this race super-easy because, after the 6.2 miles, I still had to run 12 more to get the 18 miles from my 50K training plan done. 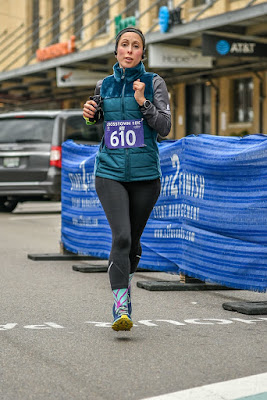 This is the third year for the Crosstown 10K, and I've run them all. But this was the first year they offered finishers' medals. I LOVE MEDALS! 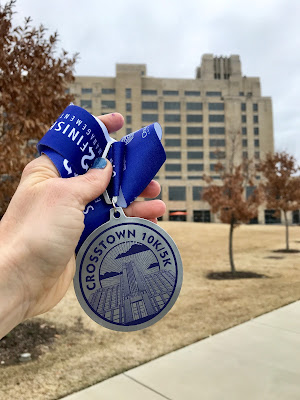 After the race, I stopped by Juice Bar inside Crosstown Concourse for a Berry Good Smoothie (blueberries, banana, coconut milk, lemon, and cashews) for post-race carbs and more pre-run fuel since I still had more running to do! 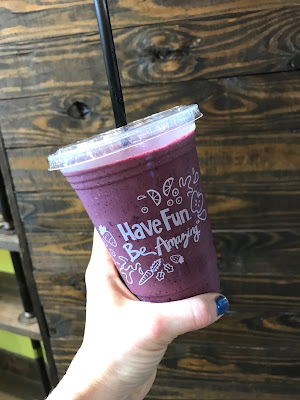 Shortly after the race, I hopped in my car and drove out to Shelby Farms Park, where the Big Buffalo 50K will be held in March. I attempted to run the race course based on a course map on their website, but it was partly on trail so I'm not sure if I ran the right path the whole time. But either way, I managed two 6-mile loops and felt pretty badass afterward! 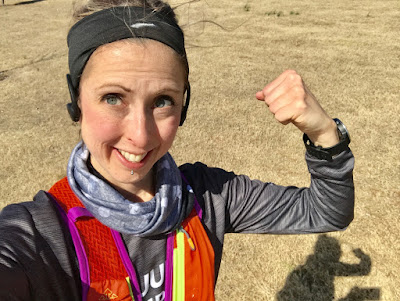 I had a couple of sesame tamari rice balls in the car on the drive home and then had some leftover Cowboy Chili at the house.

Later in the afternoon, I had to get groceries, so I snacked on a Lenny & Larry's Protein Cookie. Definitely not a whole food but slightly healthier than a regular old cookie, right? 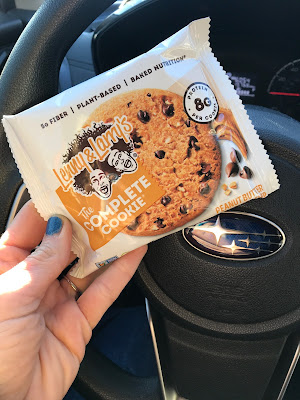 Sunday was Imbolc, the cross-quarter celebration between the Winter Solstice and Spring Equinox, but I knew I had a busy day planned for Sunday. So I decided to go ahead and make my Imbolc feast for dinner Saturday night. Milk and dairy foods are traditional for Imbolc, so I decided to make vegan milky dishes! I made a Grilled Cheese (with Chao, sauteed mushrooms and onions, and avocado on sprouted grain bread) and Mushroom Bisque — both from Sabbat's Almanac. 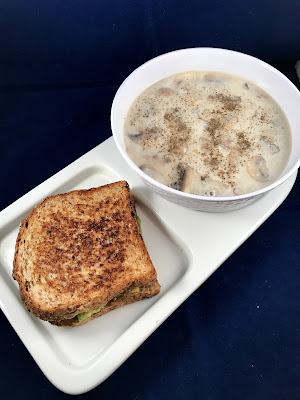 Blackberries are also traditional for Imbolc, so I made this Blackberry Crumble topped with oats, wheat berry cereal, and coconut nectar. Really yummy but also healthy. 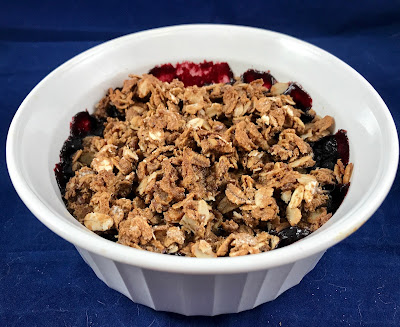 On Sunday, I had yet another run on the schedule, but this was an easy recovery run. Still yet, I decided to try a new-to-me run fuel recipe — Pinole Chia Waffles from the No Meat Athlete website! These waffles, made with cornmeal and chia, are inspired by the traditional food of the Tarahuama, an ancient tribe of ultra-runners from Mexico (featured in Born to Run). This was really good, and I felt like it gave me power! 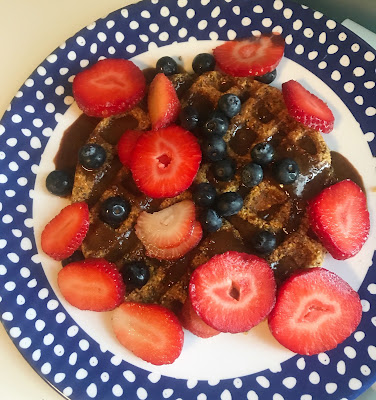 Here's Paul and I on our trail run in Overton Park! It was such a warm winter day! 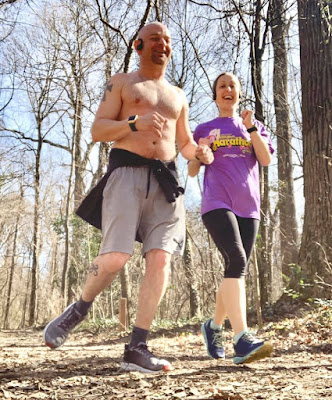 Of course Sunday night was Super Bowl Sunday!! I'm not a huge football fan, but I never miss the Big Game. I'm mostly in it for snacks. Paul, Misti, and I watched the game at my house and got takeout from RP Tracks. Paul and I split orders of the Buffalo Tofu Wings with vegan ranch and BBQ Tofu Nachos! 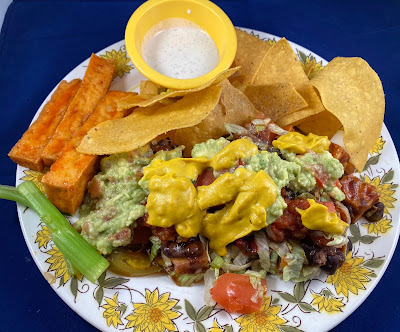 It has been fun seeing all your meals over the last month!

I agree with Susan, I've enjoyed seeing your meals!