Remember a few weeks ago when I mentioned that the cafe at Crosstown Arts was no longer serving lunch and dinner (just vegan pastries and coffee now)? I also mentioned in that post that we'd soon be having some vegan potlucks and pop-ups in the cafe space. The first of those potlucks, the No Meat Meet-up, happened Sunday afternoon!

As part of my responsibilities at Crosstown Arts (I'm the communications coordinator), I'm now organizing a monthly vegan potluck in the cafe space! Everyone is invited and asked to bring a vegan dish to share. I had no idea how many folks would turn out for the first one, but I was pleasantly surprised that 30 people came! About half were my friends and long-time Memphis Vegan Drinks members, but the other half were new-to-me people, which makes me very happy! 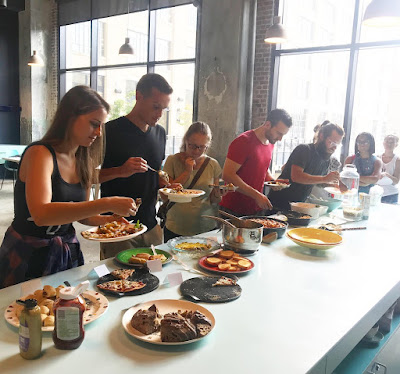 We used the cafe's counter space as a buffet and took over the cafe tables for dinner. Here's what I brought — Tater Tot Casserole from Holy Cow Vegan. This has a base of vegan sausage and mushroom gravy with carrot, corn, peas, and spinach, and it's topped with tots. You can never go wrong with tots! I found this recipe linked on the 80/20 Plants page under the "indulgent" section. 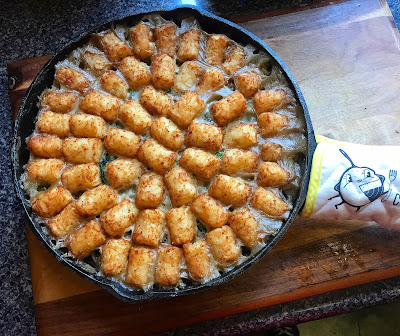 Jen & Simon brought some amazing Vegan Sausage Rolls. Simon is British, so they picked a British-themed dish. And Jen made the cutest little sign! 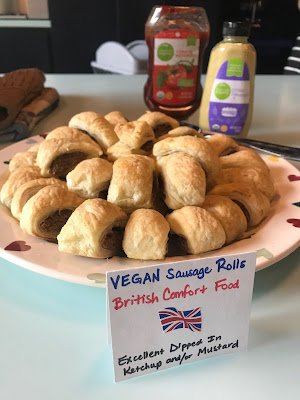 Another couple brought this Mediterranean Pasta Salad that was quite excellent. 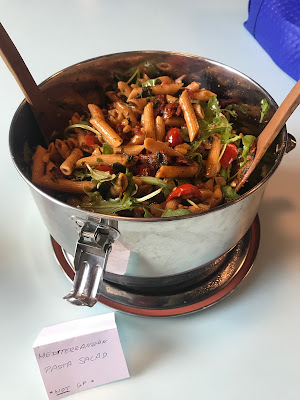 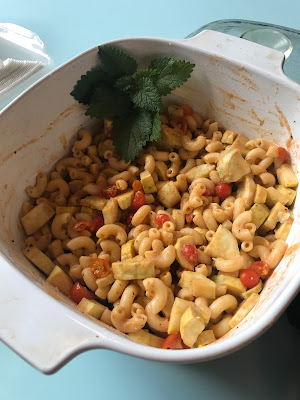 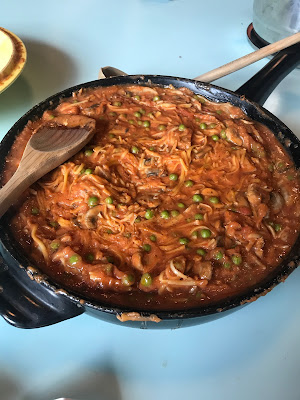 Shay brought her famous Vegan Pizza. She makes THE BEST PIZZA with Daiya cheese and veggies. 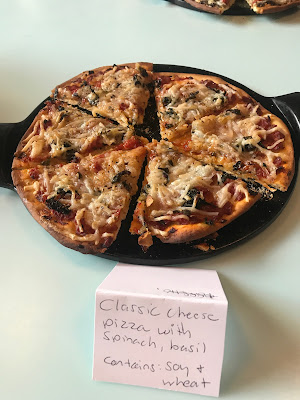 Another couple, whose names I cannot remember because I'm TERRIBLE with names (really want to get better with that), brought this fantastic Vegan Spinach Artichoke Dip. This was probably my favorite thing!! Those vegan cheese slices on top really made this already-delicious dish shine even harder. 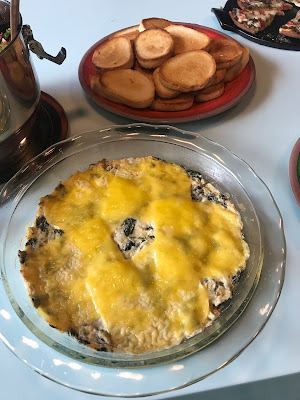 That same couple also brought some Pigs in Blankets. Always a hit! 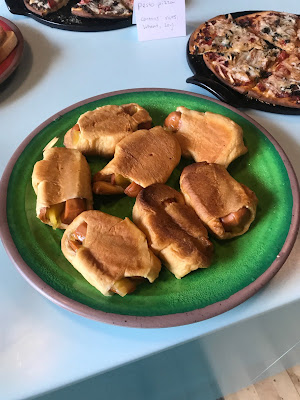 Megan brought her good-as-hell Vegan Chipotle Cheeze Dip. This was a big hit with everyone! She makes this often for get-togethers, and I'm always so stoked about it. 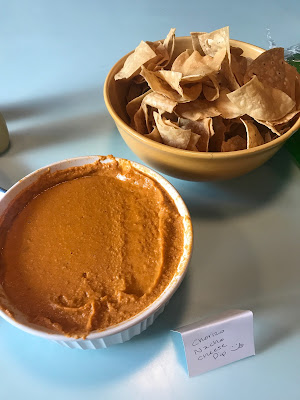 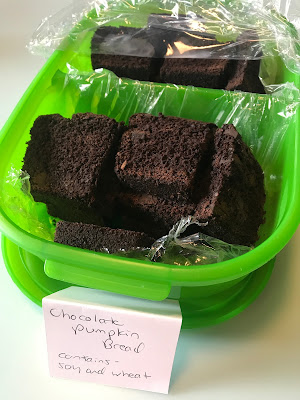 Stephanie brought Vegan Chocolate Cupcakes! She's a pro baker, so of course they were perfect. Even better with the Nada Moo Ice Cream that Susan brought. 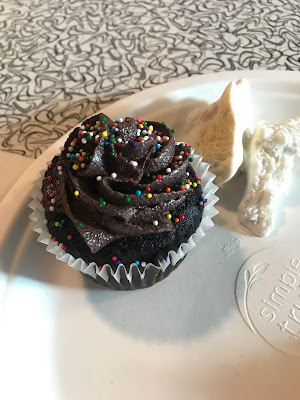 There was way more food than this, but I forgot to take pics of all the dishes that arrived a little late. But we also had fresh bread by Don (of Lulu's Memphis), tofu fried rice, vegan chili, banana bread, carrot dogs, and chickpea dip with crackers.

Here's my first plate! I tried to get a little of everything. 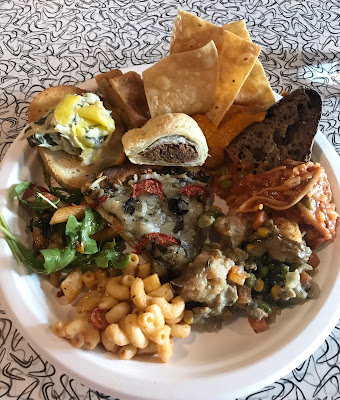 You might be wondering where this fits into my new 80/20 Plants outlook. Since I knew I'd be indulging in a big ole meal with lots of plant meats and cheeses, oils, and desserts, I ate super-clean all morning in preparation. I had a Larabar, fruit protein smoothie, and a salad before the potluck. It's all about that balance!

We'll be hosting another one of these very soon! Can't wait!
Posted by Bianca at 6:00 PM

Holy yum! It all looks so good and sounds like such a fun event! Your casserole looks absolutely perfect! I would totally have to try a bit of everything because I'd never be able to choose!

What an AMAZING meet-up! YAY! Everything looks and sounds wonderful!

Thank you so much for hosting this no meat-up! I'm thrilled you liked the spinach artichoke dip that my husband and I (Ian and Melissa!) brought. I used Daiya cheese + nooch inside and topped it with Chao. Looking forward to the next event! :)

Wow, that looks like so much delicious food. What a fun event.

Glad to hear the event was a success! I really need to try to go to a vegan potluck! They look so fun.