I've been feeling the need for a reset for awhile. After fracturing my foot (for the second time this year) in August, I had to take a break from running, which makes me sad. So to make me feel better, I just kept eating like I was training. I've been taking in the same amount of calories as I was in 50K training without nearly the same level of athletic output.

And that's left me feeling a little blah. Too much processed foods and sugar will do that after awhile. When No Meat Athlete (NMA) posted a new Health Made Simple 2.0 meal plan challenge last week, I was immediately interested! But it was a little cost-prohibitive for me, so I just decided that I'd have to skip it. And then, yesterday afternoon, I got the "last call" for Health Made Simple sign-up email from NMA, and I had FOMO so bad that I just bit the bullet and signed up! It's currently closed to new members, but I'd imagine they'll open it up again at some point.

The sign-on fee paid for FIVE meal plans and a customizable online meal planner that I can use forever. So in that sense, it was a pretty good deal. It also comes with access to a nutritionist during the challenge dates — Oct. 1-Thanksgiving — plus videos and tips and a private Facebook community.

Anyway, this is an 8-week challenge so expect lots of Health Made Simple posts between now and Thanksgiving! The first two weeks are ramp-ups to the full 4-week meal plan, and then there's a 2-week ramp-down to normal life. In the first week, we're only focusing on breakfasts, which are smoothies during the week and hearty, healthy breakfasts like tofu scramble and avo toast on the weekend.

But before my breakfast today, I had my pre-workout snack of two Fig Newman's before going on a walk outside (my walking boot is off but I can't run just yet, so walks have to do) and some ab work. No, Fig Newman's probably aren't on the Health Made Simple plan, but we're only switching up breakfasts this week, so I'll work on improving my pre-workout nutrition later in the month!

Today's breakfast on the Health Made Simple plan was a Strawberry Raspberry Smoothie with frozen strawberries, raspberries, banana, spinach, and walnuts. Very good! And I didn't even miss the protein powder. 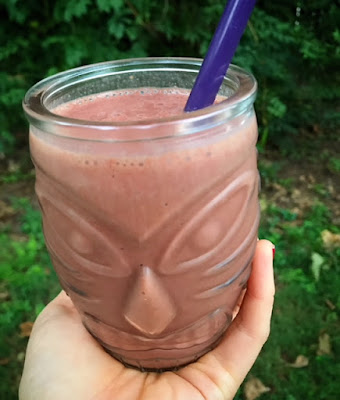 Since we're only changing breakfasts this week, I get to eat whatever I want the rest of the day. So I'm deliberately not worrying about processed foods and sweets just yet. And good thing! Because when I got to work today, my co-worker Madelyn had made Vegan Chocolate-Dipped Orange Apricot Biscotti! 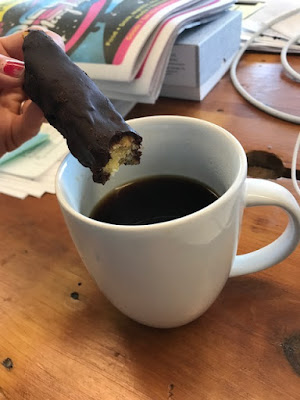 I had that with some coffee (very good!), but I was still hungry for my morning snack of Violife Smoked Provolone on Stoned Wheat Thins. This Violife cheese is SO GOOD. Definitely the best one on the market. 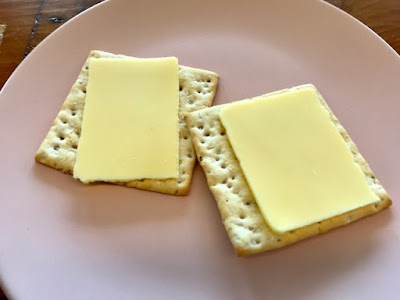 I'm trying to use up my processed stuff before the meal plan starts in two weeks, so my lunch was the rest of my Nasoya Tofu-Vegetable Dumplings stir-fried (without oil) with broccoli, carrots, and cauliflower. Drizzled with Thai peanut coconut sauce and sriracha. 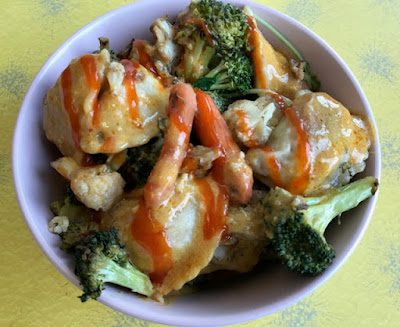 For dinner, I had plans to meet up with a couple of awesome ladies from Atlanta who are traveling the country and making a documentary on vegan restaurants. Sally and Sunshyne (fellow Libras!!) met me at Imagine Vegan Cafe, and we had such a blast talking about veganism and Imagine's awesome food. 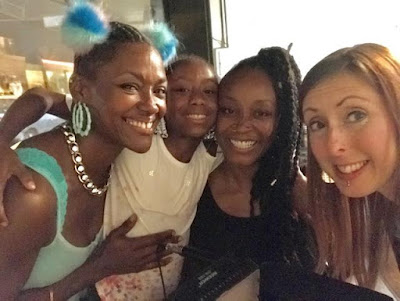 We had such a blast, in fact, that I FORGOT to photograph my plate! That almost never happens, but every once in awhile, if I'm in some great conversation, I'll forget. But luckily, I've got photos of pretty much every dish from Imagine since I've sampled the whole menu many times. Here's an archive photo of the Grilled Chicken Salad with Ranch. It looked about the same tonight! 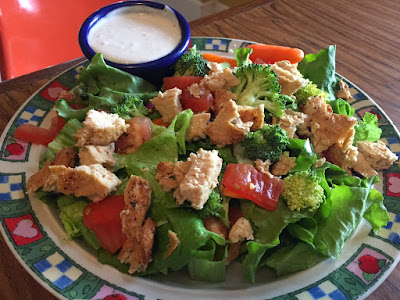 I wanted something a tad on the healthy side but still decadent, so Imagine's creamy ranch and grilled Gardein chicken hit the spot. And hey, at least I got some greens in. Since I'll be eating so well in a couple weeks, I'm really trying to sow my wild oats while I can.

My posts over the next two weeks may mention Health Made Simple a bit, but since I'm mostly eating normally aside from breakfasts (and next week, we work on snacks), I'll be posting my usual reviews and random meal round-ups. When the full meal plan starts, I'll probably be featuring what I ate each day.
Posted by Bianca at 8:15 PM

I just found the Violife cheese, and the flavor I found was the smoked provolone. I really cannot wait to try it!!

Oooh that smoothie is so pretty and I love the cup! That biscotti looks pretty heavenly too. Hooray for Violife! If you can find the feta definitely give it a try, it is life changing!!

I don’t know if i could do smoothies every weekday morning for eight weeks straight....! Although this one sounds tasty, I wouldn’t have thought to add walnuts to a smoothie.
That sounds like such a wonderful project those women are working on! I’m sure you are very anxious to get back to running but please be overly cautious, it takes a very long time for bones to heal properly to withstand that kind of high impact.
Ttrockwood