I've been on an Indian food kick lately. I CANNOT. GET. ENOUGH. LENTILS. Y'ALL. Here's a quick Lentil & Rice Bowl I made with canned lentils (they're awesome and mega-convenient), baby spinach, fresh turmeric, and brown rice). Topped with mango ginger chutney from Trader Joe's. 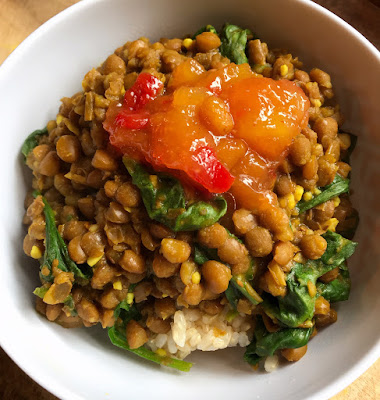 The cafe at Crosstown Arts (where I work) had an Indian Bowl on the menu the other day. Had to get it! Lentils, basmati rice, pineapple cilantro chutney, and warm pita. 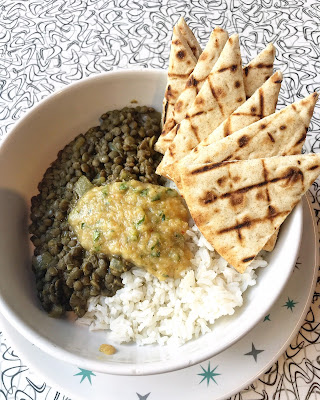 They do a lot of stuff with toasted pita in the cafe. I don't know what kind of pita bread they're using, but it's amazing. And it stays warm the entire meal, like magic. One day last week, I ordered the Harissa Tofu & Veggie Skewers with couscous, tomato salad, and warm pita. The skewers were amazing with super-firm tofu, eggplant, and mushrooms. 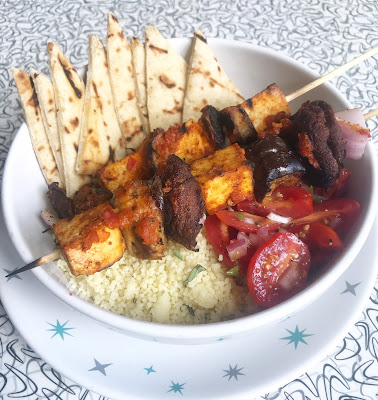 Imagine Vegan Cafe has been dealing with a lot of repairs lately. They've had to close twice for plumbing problems, but they're FINALLY open again after several weeks of being closed again. I've missed them so much! I stopped in on Tuesday for the Southern Staple, a tasty bowl with brown rice, black beans, collards, and lots of garlic aioli. It's served with a slab of sweet cornbread that's generously coated in vegan butter. YUM. 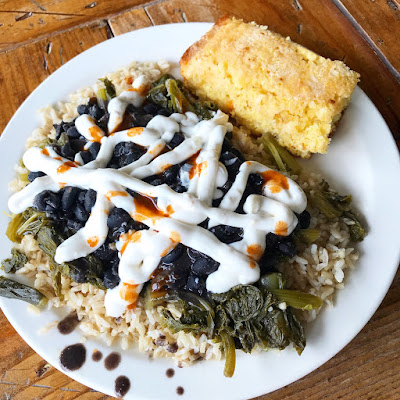 Yesterday, I blogged about Chef Indra's Vegetable Chow Mein at Global Café, which is no longer served there since Indra moved out of state a couple weeks ago. I had some leftovers when I ordered it for the last time, so the next day, I sauteed the leftover noodles with extra veggies and tofu. 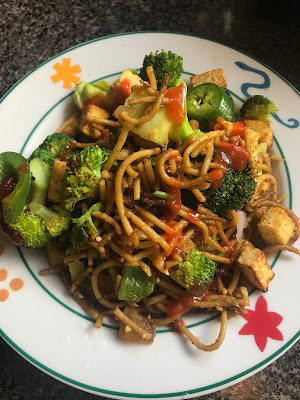 I finally made another trip out to the Trader Joe's in Germantown a few weeks ago. I was sooooo excited that we finally had a TJ's in the area when it first opened, but the store is still about a 40-minute drive from my house. So I rarely get out there! When I do, I stock up. I got these Masala Burgers (they're Indian-spiced) and served them with TJ's mango-ginger chutney.  Love these! They're true veggie burgers with an all-veggie base. 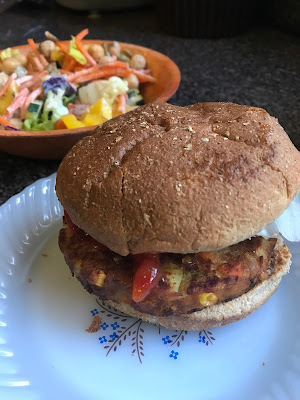 Speaking of burgers, here's a Red Bean & Brown Rice Burger (made using the No Meat Athlete Burger Formula) that I made forever ago and froze. I thawed one out a few days ago to enjoy on one of my friend Don's (of Lulu's Baked) tester hamburger buns. He offered me a few buns to try out, and he plans to start selling these at the downtown and Cooper-Young farmer's markets soon. These are the best buns I've ever had! They're like brioche buns but vegan! He's also testing hot dog buns like this! 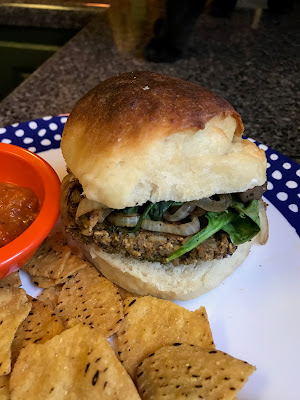 I love the Masala burgers from Trader Joe's so much! Unfortunately they have wheat in them so I don't eat them anymore, but back in the day there was always a box in my freezer!!
Those buns look gorgeous and delicious!!

Everything looks amazing but omg the veggie skewers and the Southern Staple look especially delicious. I would love to have those in my life.