St. Patrick's Day is one of my favorite holidays! I've got a little Irish in my family lineage, as well as Scottish and German, so drinking booze is something I'm pretty good at. ;-) Plus, I love any excuse to wear green and eat green foods. 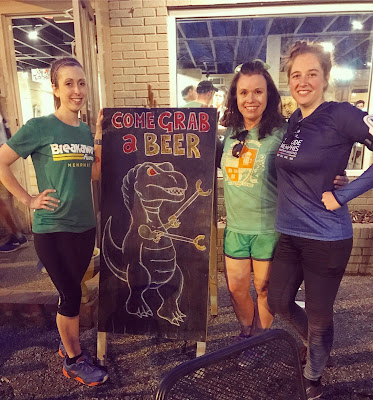 The highlight for me was probably the chance to try the new Sam Adams 26.2 Marathon Brew at Hammer & Ale, which they brewed in honor of the Boston Marathon. 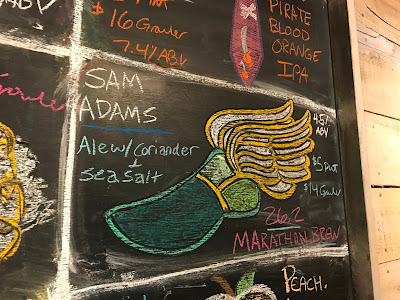 On Saturday, I attended the annual St. Patrick's Day parade on Beale with my friend Susan, and then we checked out the Saint Pawtrick's Day soft opening for the new Lucky's Social Club dog park bar (!!!!) downtown. I didn't take any pics on Saturday though.

On Sunday, I woke up early and had some Irish Coffee with Bailey's Almande almondmilk liqueur and a bagel before taking off on a 16-mile long run. It was the first time since my last foot injury that I'd put in that many miles, and it felt great! But I did get a pretty bad sunburn on my face because I forgot to wear sunscreen (because I forgot what sun is since we haven't seen it here in what feels like ages). 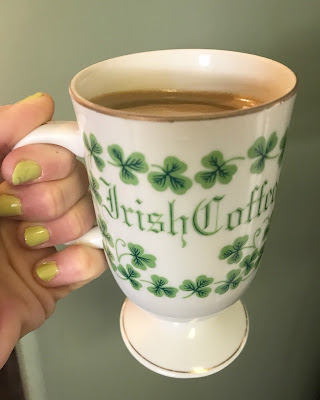 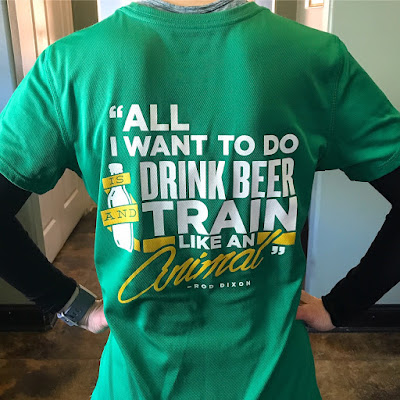 After my run, I had a Green Smoothie (natch) with peaches, banana, walnuts, spinach, and vanilla Vega One French Vanilla protein powder. 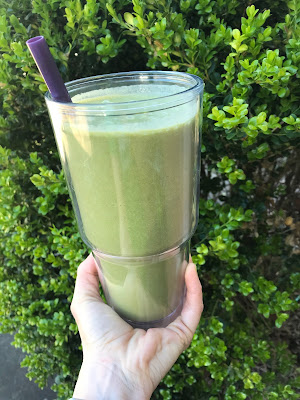 After my smoothie, we did some vegan Irish car bombs at home with Guinness (so glad it's vegan now!), Bailey's Almande, and Jameson. I realize that "car bombs" as a cocktail name isn't the most PC thing, but I don't know what else to call them!

Paul and I had plans to bar-hop for St. Patty's Day, but first, I made us some dinner — Vegan Bangers & Mash (with homemade seitan sausages, mashed potatoes, gravy, and peas). We both loved this, and I will be making it again. I had the sausages in the freezer, leftover from a meal a few months back. 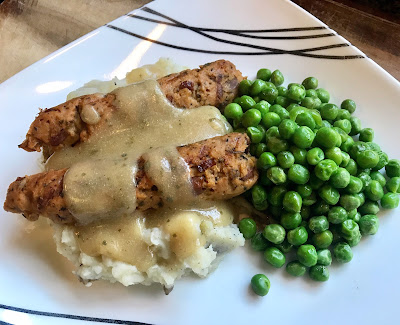 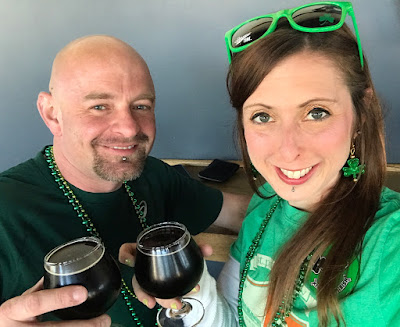 Next stop was Carolina Watershed, a bar inside an old grain silo with a great outdoor patio space with waterfalls! There, we had the Diamond Bear Irish Red (a brew from neighboring Little Rock, Arkansas). 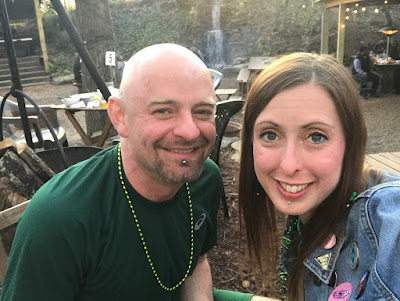 And finally, we headed back to Crosstown for a nightcap at Art Bar at Crosstown Arts (yes, I hang out at work on my off days). I opted for the very green Six Paths to Sage cocktail with gin, green chartreuse, sage, and lime. Very good! Enjoyed in Art Bar's cat room because it's my fave. 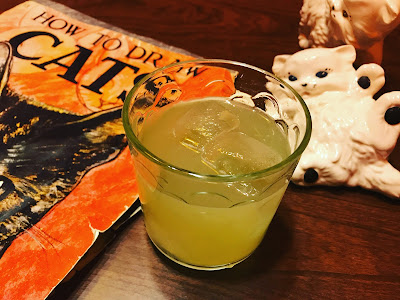 The bar has a cat room? That sounds like the most fun room where I would want to be. I can see cat drawing books and cat figurines, so I am assuming everything in there is cat decor?

Looks like a fun day! I need to try bangers and mash some day!

What a fun St. Patrick's Day! It is so festive and fun and still balanced out with some fitness adventures :)

Yep, that’s you - German, Irish and a fifth of Scotch! ❤️ Papa Crunk

I love that you celebrate holidays to the fullest extent! I managed to avoid the hot mess that is the nyc st patty’s day parade and the drunken crowds wandering the streets afterwards.... i did find myself a green bagel on sunday!
Love that you had spiked coffee before you long run, that’s hard core!!
Ttrockwood