Last Sunday was the last Lulu's pop-up brunch for the forseeable future. They're going on a bit of a pop-up hiatus (although I hear there may be one more pizza pop-up in the near future). So of course my brunch friends and I had to go to this last one. It had a Mexican theme with nachos, tacos, and burritos. But most everyone at the table (except for Anthony) ordered the Breakfast Burritos because you got two! These were stuffed with tofu scramble, cumin roasted potatoes, and blackeyed pea chorizo and topped with red sauce and cashew queso. 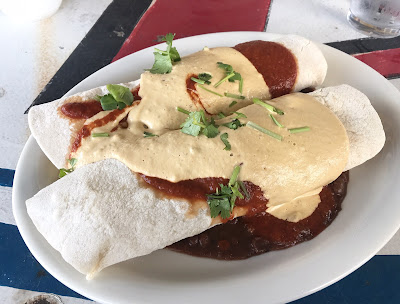 Lulu's will still be at the Cooper-Young Farmer's Market most weeks though, and they're expanding to the downtown market too! Last Saturday, I stopped by the CY Market and got one of their Smoked Carrot Bacon & Cashew Cheddar Buns to eat for breakfast on Sunday. My fave! 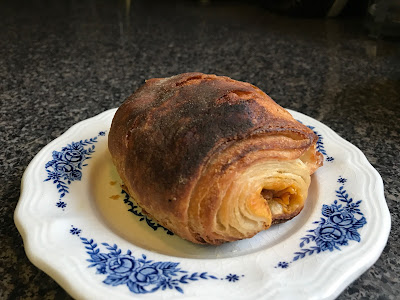 Speaking of Lulu's, I used some of the Cashew Coffee Cream Cheese I bought last week to top these Almond Butter Banana Pancakes (from The No Meat Athlete Cookbook). I made the pancakes a couple weekends back and froze the leftovers. They made an excellent breakfast on Friday morning with the cream cheese. 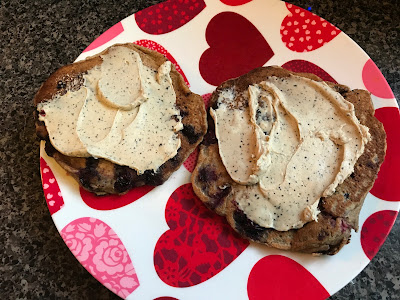 I also spread some of that cream cheese on these Blueberry Bagels from Dave's Bagels (also from the CY Market) before my Saturday long run of 18 miles. Nothing powers me through a long run like a white bread bagel! They stay with me longer and don't cause digestive issues. 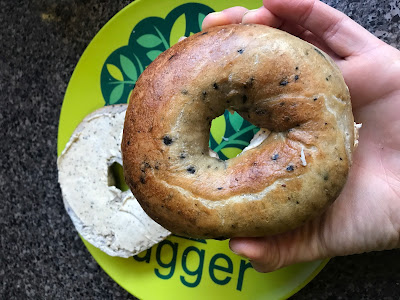 Last bagel pic/last of the cream cheese. For Monday's breakfast, I had a Dave's Whole Wheat Bagel with Cashew Coffee Cream Cheese and Mixed Berry Jam. I made the jam on the stovetop by cooking down a half-cup of frozen mixed berries with a tad bit of water and a teaspoon of agave. Yum! 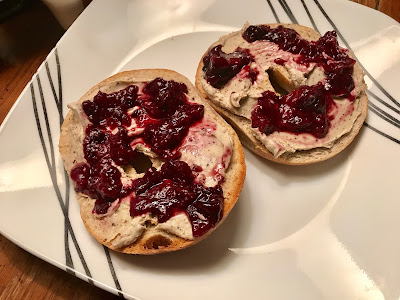 OMG it all looks so good!! Those burritos, yum!! You get the best pastries, I really need to get out and find some more awesome vegan food that Long Island has to offer. The bagels always look great ;)

WHAT!!! Cashew coffee cream cheese??? I want some now!

Sad that the pop ups are going,but glad that there will be more market stalls!
I really want that roll.

What a send off to the brunch pop ups with that burrito situation! And great news they’re now at another farmers market. That smoked carrot bun looks so much like a filled croissant it’s crazy!
I actually just replenished my freezer bagel stash the other day (after of course getting one with tofutti for right then), they’re one of my favoritest foods probably ever.
Ttrockwood

Nooo! Why cream cheese on a pancake?! It just seems so wrong! I've been listening to the podcast Cold, which follows the disapearance case of Susan Powell who is clearly murdered by her husband but basically becomes a cold case. I was disturbed when they mentioned the husband put cream cheese on pancakes. And all I could think was "clearly this is something murders do" so don't be a murderer! Oh well, I guess this is a thing that I just recently found out about lol.