I'm back again with another installment of Nashville Vegan Eats — my series on new vegan options in Nashville. I was there last weekend to volunteer for the Nashville Rock & Roll Marathon, and since I wasn't able to run the marathon this year (due to injury), I decided to do a marathon of eating! I worked my way through quite a few new (and new to me) vegan restaurants, delis, and bars, and I'm dedicating this week's blog posts to my finds.

You can find posts on The Southern V and The BE Hive from earlier this week, and if you're planning a Nashville trip, be sure and check out my older posts on vegan standards, The Wild Cow, Graze, Vegan Vee, Sunflower Cafe, and Avo.

Tonight, we're focusing on The Fox Bar & Cocktail Club, a vegan-friendly bar in East Nashville serving craft cocktails and VEGAN CHARCUTERIE! That's right — vegan charcuterie! The Fox isn't entirely vegan, but they offer quite a few options, and they're mega-impressive. Paul and I ordered a Vegan Charcuterie plate to share! We chose Capricola, Pastrami, and Pepperoni for the meats and Double Cream Chive for the cheese, plus it came with green olives, marcona almonds, jam, mustard, and crostini. 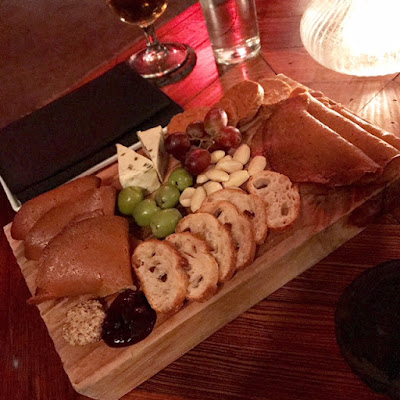 The meats are sourced from The Herbivorous Butcher (!!!!!) out of Minneapolis and The BE Hive (Nashville's local seitan maker), and the cheeses are from Miyoko's Kitchen (except for The Fox's house-made vegan pimiento cheese). This was my first time trying the Herbivorous Butcher meats and OMG SO GOOD. I was stoked to try them! Even Paul impressed with all the vegan meats and even Miyoko's cheese, which he was always afraid to try at home. 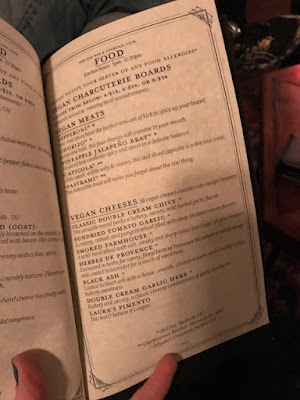 The cocktail list is really impressive, and I'd read amazing reviews of their drinks online. But I'm not a fan of sweet cocktails (except for the occasional margarita), so I opted for a basic Vodka Martini (extra dirty). It was a solid martini. Good stuff. 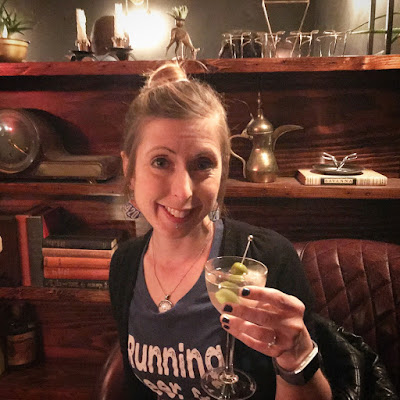 Paul stuck with beer, a Gansett Lager, which was pretty tasty. I switched to that for my second drink because at heart, I'm really a beer gal. 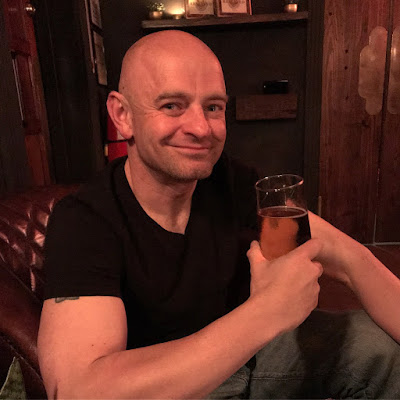 The interior of the bar was dim with a Great Gatsby-meets-speakeasy vibe. There were succulents everywhere and vintage books. Lovely place! Here are pics of the interior from their website. The staff were super nice and accommodating, and if I lived here, this would be MY bar. We'll definitely be making this a regular stop on every Nashville visit in the future! Plus, it's right next door to Paul's favorite bar, Mickey's Tavern (where we went for pool and more beer after The Fox).
Posted by Bianca at 9:00 PM

I've heard so much about the herbivorous butcher. It's great that you got to have a gorgeous meat and cheese plate! What a world we live in!

I love the vibe of this place! How cool! What great pics of you and Paul and that platter looks amazing!

Wow, i have never seen a vegan charcuterie option- and at a non vegan bar?? That is crazy amazing super awesome!
The few Miyokos cheeses i have tried are really delicious, their cultured butter is my favorite vegan butter
Ttrockwood

That is so cool, I have seen vegan cheese boards at places, but never vegan charcuterie!
Eating and watching TV marathons are the only sorts of marathons I am involved with. ;)