Sorry for the long silence! I spent the weekend in Nashville visiting my partner Paul, and I took Monday off as well. I intended to post last night, but I got back to Memphis yesterday afternoon with only enough time to clean, unpack, and do this week's food prep before bed. Here's a recap of my delicious and fun weekend in Music City.

Paul has been living over there part-time for a little over a year for work, but he's taking a job back home in Memphis soon, so this weekend was his work going-away party weekend. And he wanted me there. So on Saturday morning, I made the 3.5 hour drive to Nashville. He had to work until 6 p.m. Saturday, so before I met up with him, I stopped by Trader Joe's to stock up and then to Sunflower Vegetarian Cafe for a yummy vegan BBQ Burger Bowl — sunflower seed rice topped with sesame kale, caramelized onions, tomato slices, a veggie burger patty with BBQ sauce, and garlic aioli. So good! 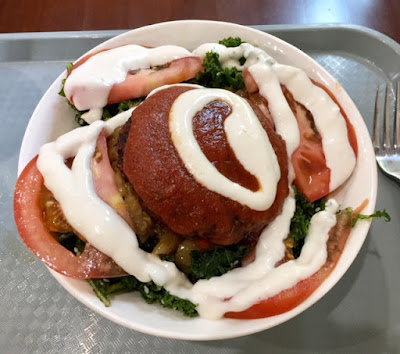 After Paul got off work, we met up with several of his co-workers and his sister Sheila for a night of bowling and beer. By the way, us ladies were doing the silly "sorority squat" thing because we thought it'd be funny. 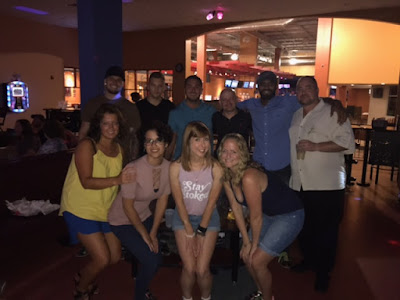 We moved on from bowling to a karaoke bar to close out the night. There are pictures, but they're terrible so I'm not posting them.

On Sunday morning, Paul, Sheila, and his co-worker/friend Colin met up for brunch at Graze in East Nashville. 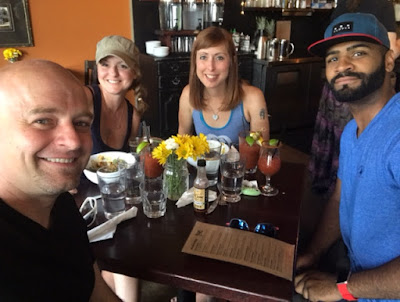 This is my fave vegan restaurant in Nashville because they have fresh, awesome food and cheap, strong drinks. We started with a couple of $5 Bloody Marys! 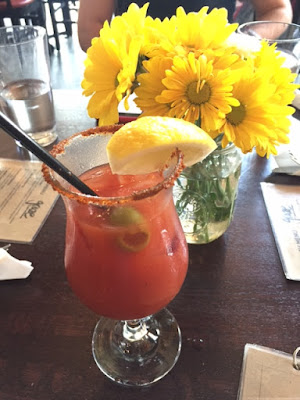 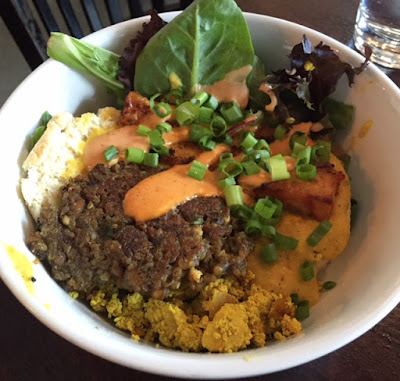 Sunday was National Ice Cream Day, and the Piped Piper Creamery is just a few blocks away from Graze, so we popped in for frozen treats. The only vegan options were a couple of sorbets. I chose the Pearis Hilton (pear riesling sorbet). I loved the combo of white wine and fresh pear. 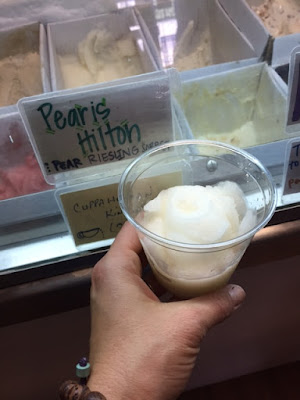 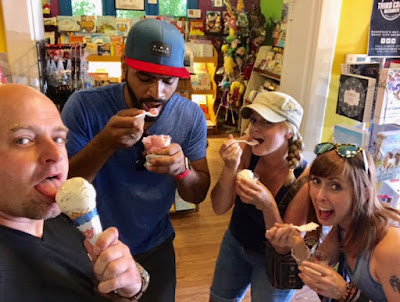 We spent the rest of the day chilling at Colin's pool. I had a couple of lemon radlers that I picked up at Trader Joe's and TJ's Super Burrito (heated up in Colin's microwave) while everyone else had non-vegan pizza. That burrito was delicious, but it was dark by the time I ate it, and my pics are awful. 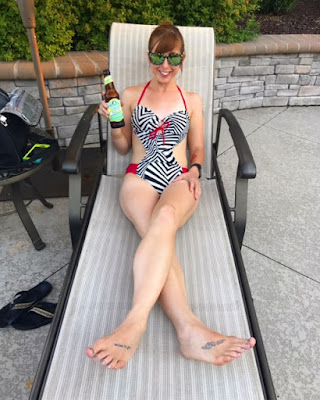 On Monday, I woke up early and went for a 4-mile run on the Station Camp Greenway in Gallatin, close to Paul's parents' house (where we were staying). 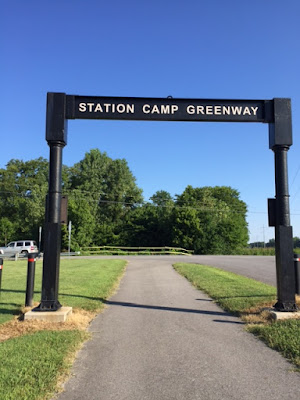 Then I had this Evolve Mellow Mocha Protein Shake that I brought from home. This was my first time trying the Evolve drinks, and I can say that they're definitely my new fave. They're so thick and creamy, like a smoothie! 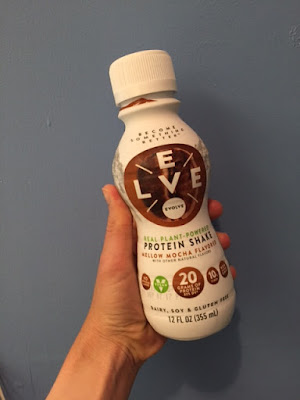 I needed to leave Nashville by 1 p.m. to make it home in time to get all my chores done. So Paul and I grabbed a quick lunch at Thai Phooket II in Goodlettsville. They had lots of vegan options, but after a long weekend of beers and decadent meals, I wanted something light and fresh. So I opted for an order of Tofu Summer Rolls (the best I've ever had!!!!). 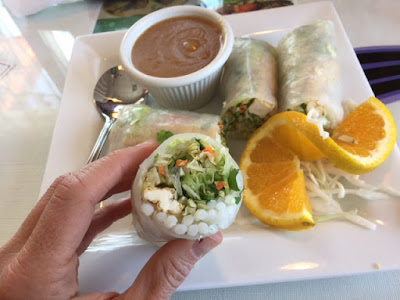 And the Phooket Salad with fried tofu and peanut sauce. So much peanut sauce! I could drink that stuff. 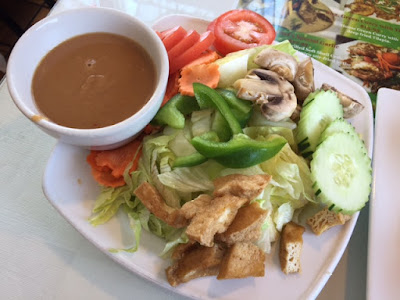 In the car on the drive home, I broke out the Veggie Wrap with Hummus that I picked up from TJ's. This was stuffed with hummus and a yummy coleslaw. Perfect for a meal on the go. 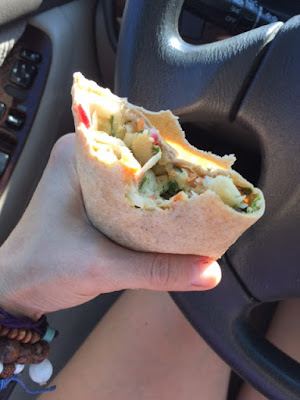 Paul still has a few weeks left in Nashville, but I won't be back there likely until the holidays. While I hate the drive and am not crazy about having to ask people to pet sit, I will miss having an excuse to drive to Nashville from time to time.
Posted by Bianca at 8:00 PM

I know I mentioned this on Instagram already but your bathing suit is so cute!! What a fun weekend in Nashville and that's really great that you were able to share the celebration with him. It looks like you ate some pretty great meals! The breakfast bowl looks incredible. Looks like a really fun weekend and it's really exciting that Paul will be back in Memphis full time! :)

That bbq burger bowl looks SO good!! I'm glad that Paul will be able to move back soon, that's tough to be so far away- although that looks like an awesome weekend with an ideal brunch.
I'm totally going to pick up that Evolve protein shake- i make myself crazy thinking stuff is expensive at the store but in reality it's still a lot less than buying something near my office.
I also love your swimsuit! You are totally rocking it!!
Ttrockwood

I don't know how I accidentally tripped across your site but I love, love, love it ... I have subscribed to your blog feed & I'm nominating you for MY Food Stories Award for Excellence in Storytelling. I know some bloggers don't participate in blog awards but I hope you'll at least check it out because mine is unique in the fact that it is only is given to food sites and all the nominees are in the running for the monthly award and prize. If you're interested, you can check out the details at my site ... Food and Drink | Lifestyle