Our monthly Memphis Vegan Drinks meetups are typically held at vegan-friendly restaurants that serve booze, and we usually meet up on a weeknight for cocktails and dinner. But for our July meetup, Vegan Drinks friends (should we call them Vegan Drunks?) Melissa and Anthony offered up their lovely home for a Vegan Drinks Pool Party & Taco Potluck! And it just so happened to fall on the four-year anniversary of our little Vegan Drinks meetup group. So we gathered at their house yesterday to stuff our faces and float in the pool. 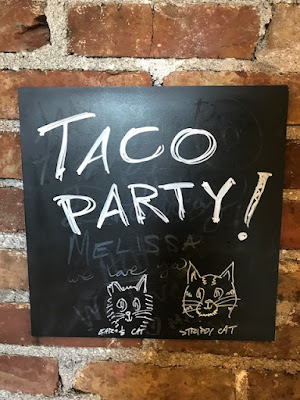 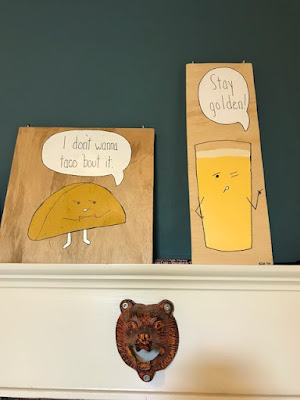 Here are our hosts Melissa and Anthony! 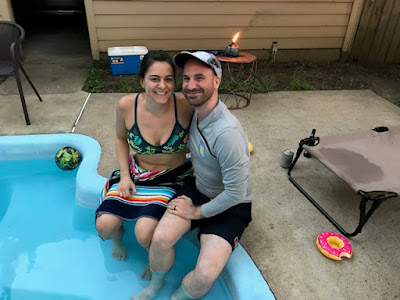 Everyone was instructed to bring taco fillings (and whatever they wanted to drink), and Melissa and Anthony provided taco shells and tortillas in all shapes and sizes. They also made some killer sangria and yummy taco fillings and sides. Here's Melissa prepping in the kitchen at the start of the party. 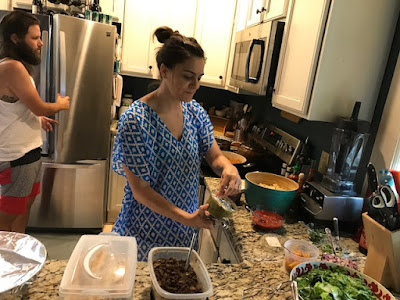 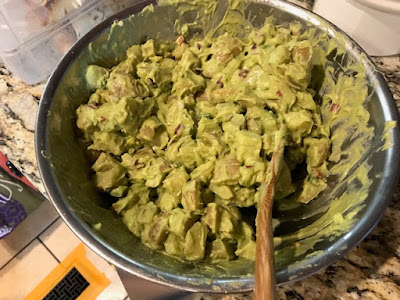 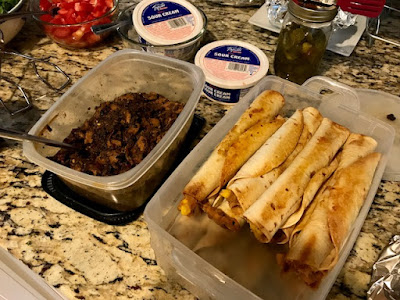 Melissa cooked up a big batch of Fajita-Style Onions & Peppers. 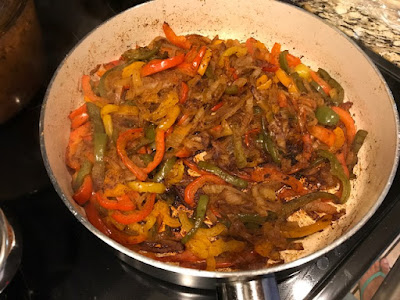 And I brought all the things to make the BBQ Brisket & Mac & Cheese Tacos from The Taco Cleanse. There's homemade seitan simmered in a homemade 'cue sauce on one side and a noochy-jalapeno mac & cheese on the other. 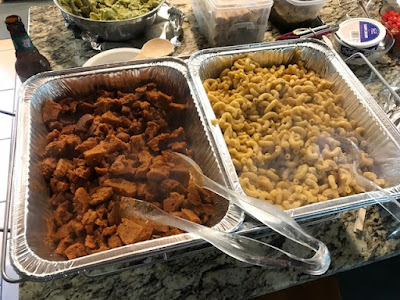 And there were more fillings too, but I failed to photograph them all. Also, the Jennifers (there are two) made sure we had plenty of fixins, like lettuce, homemade salsa, and sour cream. We all sat poolside while we stuffed our faces. 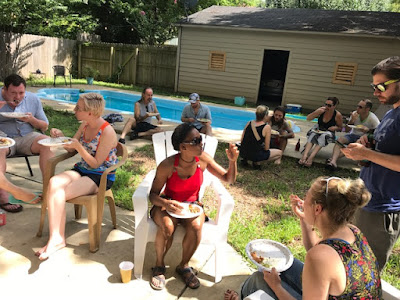 Here's my first taco plate with a BBQ Mac & Cheese Taco, a Beyond Meat & Veggie Taco, a Flauta, and some Potato Salad. 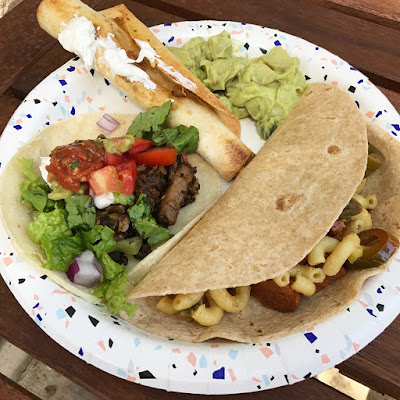 And plate number two with a Black Bean & Pepper Hard Shell Taco and a soft taco filled with something delicious (but I'm not quite sure what! I know peach salsa was involved. And maybe some kale?). 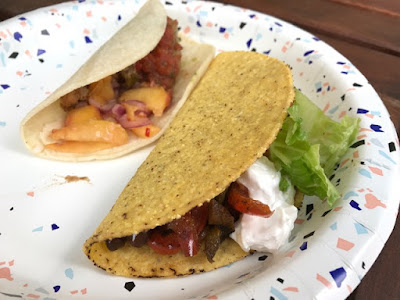 Then it was pool time! We lounged around in the pool for hours, sipping beers and bouncing a beach ball around. 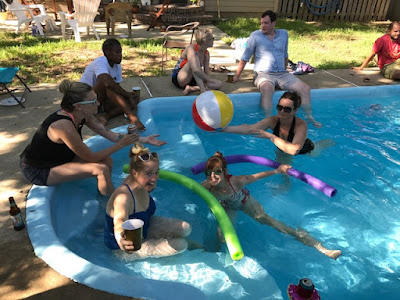 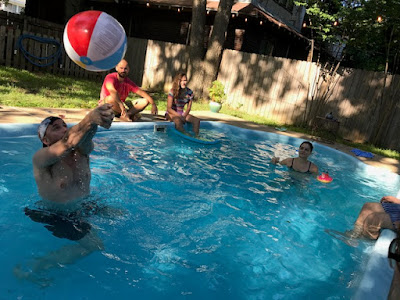 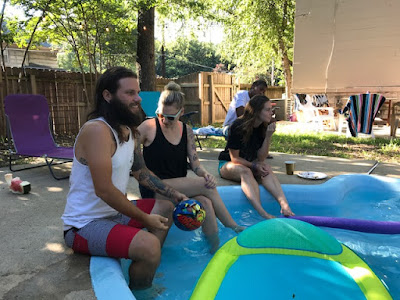 Pam showed up late and didn't swim, but we caught some selfies as she made up for lost time by cramming her face with leftover tacos. 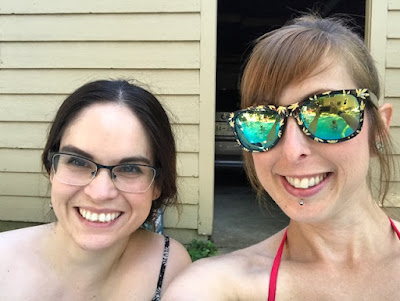 A few of us stuck around til nearly dark, when the mosquitos were starting to come out. Here's Jennifer rubbing herself with the leaves of a citronella plant! 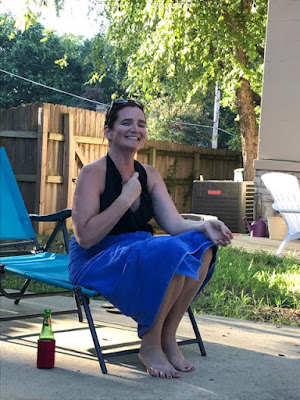 We had such a fun time! I mean, how can you go wrong with tacos, beer, sangria, and pool time with fellow vegan friends, right? Thanks so much Melissa and Anthony for hosting!
Posted by Bianca at 6:10 PM

This looks so fun! Y'all seem to have a great community, very cool. The mac and cheese and brisket tacos look amazing.

This looks incredible! Definitely loads of summer inspiration... If only I didn't live in England where it's raining ��

Those BBQ Brisket & Mac & Cheese Tacos are my faaaaaave!