Memphis has long been a bit of a health food store desert. When I first moved here in 2002, there was a small indie health food store and a co-op, but those have long since closed. And then for years, the entire city of 656,000 people existed with just ONE Whole Foods store. That was it.

And that Whole Foods was a good 20-minute drive from where I live in Midtown. But over the past few years, another health food chain has begun moving in, and we've finally got options! Sprouts officially opened its new East Memphis store today! 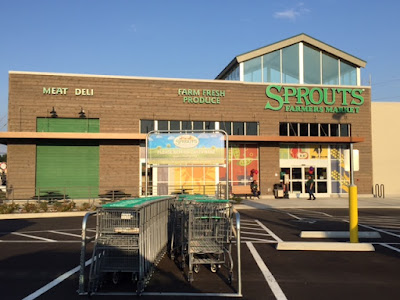 Sprouts has opened two other locations in the Memphis area over the past couple years, but both are in the suburbs (Lakeland and Germantown), which are a ridiculously long drive for groceries to anyone who lives in the city center. This new East Memphis location is STILL pretty far from Midtown and downtown (it's about a block from the aforementioned Whole Foods), but it's much closer than those suburban locations.

My friend Susan and I were invited to a VIP preview party and cooking demo at Sprouts yesterday, before they were officially open to the public. We arrived a little early and browsed around the store. Sprouts has a fantastic produce section, and their prices on fresh veggies and fruits are much cheaper than the competition. I also love how their produce is the centerpiece of the store and not just relegated to a corner like in most grocery stores. 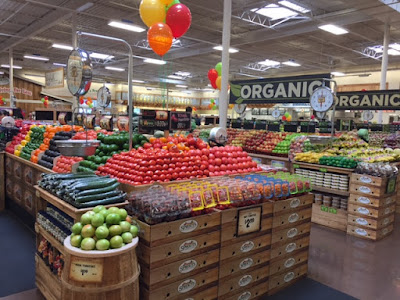 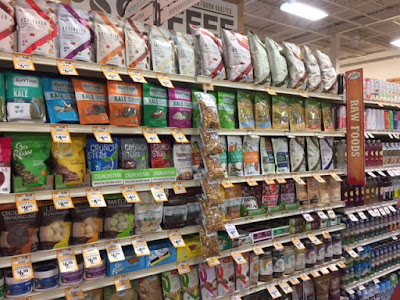 And pretty impressive bakery. The fresh-baked loaves were calling my name. 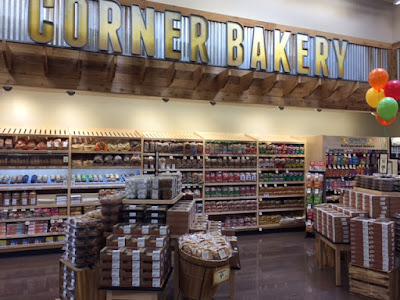 And of course, they carry a wide selection of vegan products — plant meats, frozen meals, vegan cheeses, etc. Sprouts carries lots of products that I can't find anywhere else (more on that at the end of this post). A store rep even told me yesterday that they've got a number of vegan prepared food options available in the deli. 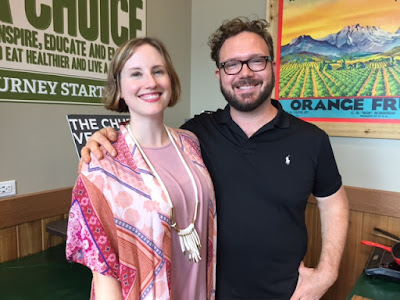 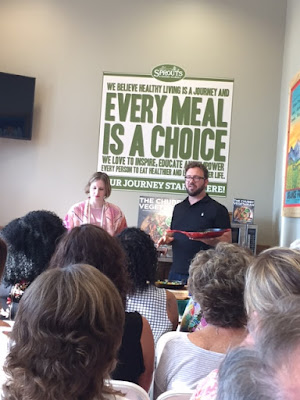 They made a Kale Caesar Salad and a Grilled Vegetable Pizza. Since they're vegetarians, they used dairy cheese in both dishes. But they made some vegan samples so that everyone could eat! Love them! Here's a shot of the non-vegan foods they made during the demo. Sorry for the cheese shot, y'all. But the food was so pretty. 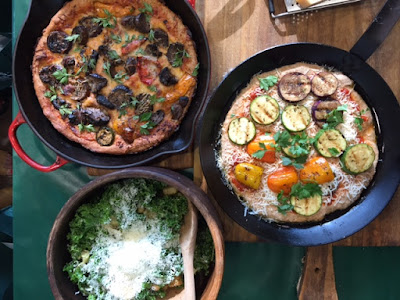 Here are my vegan samples. The pizza was so tasty. They demo-ed a quick crust that I'll be making at home for sure. And the kale caesar had grilled artichokes that were out of this world! 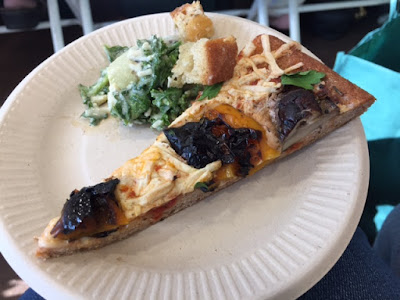 Susan and I didn't have a ton of time to shop after the demo. But I did manage to grab a few products that I've not seen anywhere else around here. I've been wanting to try the Evolve protein drinks forever, and they stock them at Sprouts! They also had the elusive Lenny & Larry's Birthday Cake Protein Cookie, which I've not been able to find in town. Plus, I found some Cookie + Protein vegan chocolate chip cookies in the bakery, and the Vega One Protein + Snack Bars in the very impressive bar aisle. Plus, some shelf-stable jackfruit in a box! WHAT?! 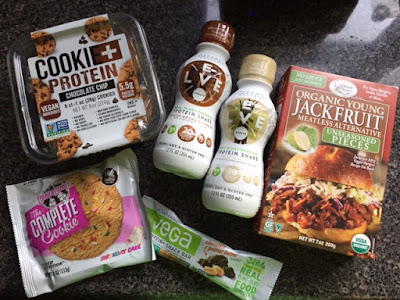 I didn't mean to buy almost only protein supplements, but well, y'all know I get excited about protein!

Anyway, I'm so stoked to have this Sprouts within driving distance of my house. This will be my new one-stop shop for groceries! Now if only Sprouts would open a location in Midtown ...
Posted by Bianca at 8:30 PM

The Birthday Cookie flavour of Len and Larry's is surprisingly common here. Perhaps we are stealing them all from Memphis? Anywhere I have seen that has these cookies pretty much has that flavour of them.

I wonder why none of these places open closer to downtown? Surely there must be demand!

How exciting!!! I'm so jealous, we don't have Sprouts here and it looks like such a beautiful store with so many options! I love how the produce is a centerpiece too. I'd love to be able to walk around a Sprouts someday. How fun to be able to get to go before it opens and the vegan demo food looks absolutely delicious. I would never think to put grilled artichokes in a caesar salad but yum!!

I really enjoy the sales Sprouts has on produce. You're so right, it's often so much cheaper than even Trader Joe's. They have special 72 hour sales sometimes that are amazing.

Isn't the store wonderful? It's four minutes from my driveway :) Nice post Bianca.

Augh i am SO jealous!! A new whole foods is opening right in my neighborhood this week but i would be way more excited to have a Sprouts! (I love WF but my wallet does not...)
Please post how you like the Evolve shake, and if the stevia is noticeable. I have been buying the vegan Orgain sometimes but would be nice to have one that is more of a snack than a meal (that Orgain is delicious if you haven't tried it yet)
Ttrockwood

Hey Ttrockwood! I had the mocha Evolve yesterday after a run, and it was awesome. Very thick and smoothie-like. I love the Orgain too, but this was thicker. I didn't notice a strong stevia flavor, but I've grown to really like stevia so I may not be the best judge there.