And here are some more things I ate over the past couple weeks!

I stopped by Memphis Tilth's Garden at the Gate farmer's market at Crosstown Concourse last week and sort of freaked out over some heirloom tomatoes. I really needed, like, one tomato, but they were so beautiful that I bought six. Ha! So I've been eating hella tomatoes all week. I made some Summer Tomato Salad from Cookin' Crunk last week with cucumbers, red onion, rice vinegar, olive oil, and sugar. 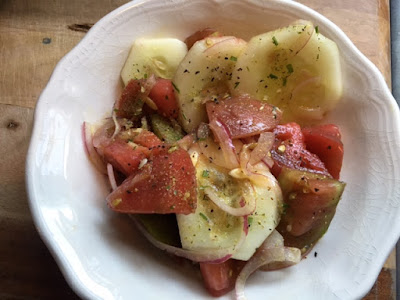 And I've had my fair share of Tomato & Mayo Sandwiches as snacks lately. These aren't hearty enough for a meal, but they're perfect before my afternoon yoga classes. Sometimes, I also sub out avocado for the mayo. 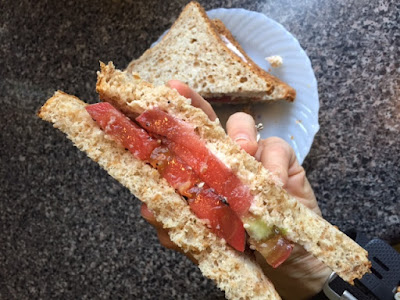 FitQuick has come out with a new flavor of protein waffles — Orange Cream Bar Waffles! The flavor was released last week, and I ordered right away. I had them by week's end! I topped this one with banana soft serve made orange with some carrot juice powder and flavored with a little vanilla extract and orange essential oil. Vegan white chocolate chips on top because why not? 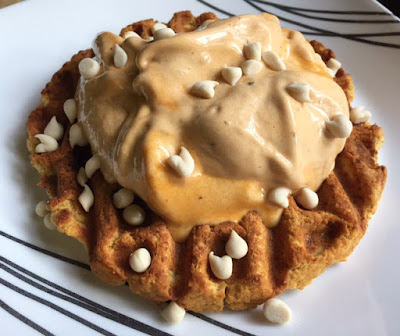 I picked up the Lenny & Larry's Birthday Cake Complete Cookie at Sprouts the other day. This cookie has 16 grams of protein! Perfect excuse to eat cookies and almond milk post-workout. This flavor is by-far my fave. 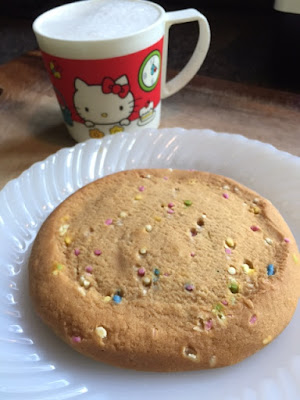 At Food Truck Fridays at Concourse last Friday, I got the Vegan Sushi Burrito from the Sushi Jimmi food truck. Isn't this rainbow sushi gorgeous? The yellow stuff is pineapple, which I've never had in sushi, but it works. 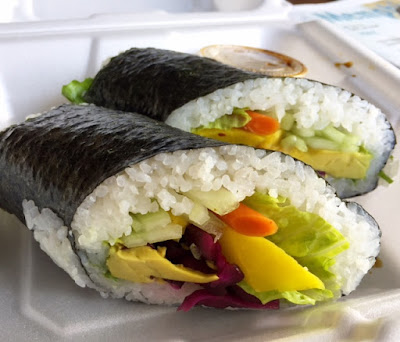 On Sunday morning, we had brunch plans at Midtown Crossing so I had a light pre-brunch snack of Koyo Mushroom Ramen with Veggies. 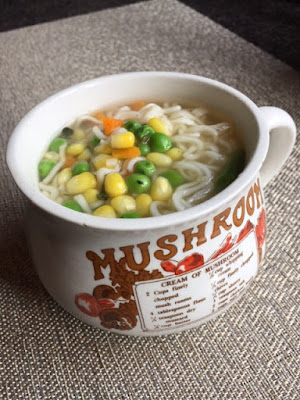 And then a couple hours later, we met up with Stephanie and Katie Hubbard (from the PPK, who was in town for the weekend!) at Midtown Crossing. I ordered a pizza, but since my order took longer than everyone else's, they brought me a FREE Vegan Biscuits and Gravy to snack on while I waited. SCORE! I freakin' love Midtown Crossing so much. 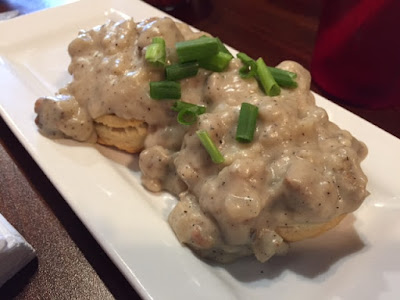 Here's the pizza I ordered — The Watkins (Thai peanut butter flatbread with tofu, green apples, pickled carrots, and sriracha). It's a new vegan option, and it's soooooo good. You can never go wrong with peanut butter and tofu. 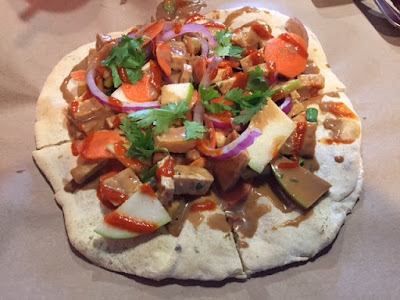 Well, that's it for now! I'll be sure and get to eatin' so I'll have more random meals to share soon.
Posted by Bianca at 9:00 PM

Oooh everything looks so good! Orange cream waffles sound amazing and look delicious! I've only had biscuits and gravy once in my life (and it was vegan) and they were soooooo good. Those look amazing. Biscuits are one of my favorite foods ever and I rarely ever eat them!

That is my favorite Lenny and Larry's cookie!!! By far the best flavor, and I'm in no way biased by the sprinkles.

Aaaah you met up with Stephanie and Katie! So fun!

Great problem to have too many good tomatoes to eat! I love simple salads like that one although more often than not i just slice salt and eat them.
Free biscuits and gravy! That plate looks spectacular. You're definitely having some great meals lately
Ttrockwood