I'm back! I spent the weekend in Atlanta for their fifth annual VegFest. I was so honored to have been asked to do a cooking demo and sign books again this year! I presented at the first Atlanta VegFest back in 2012 and again in 2013, and even though my cookbook — Cookin' Crunk: Eatin' Vegan in the Dirty South — has been out for five years now, they still wanted me back!

Paul and I drove down there on Friday, and I returned home Monday night. But the fest itself was only on Saturday. So I'm breaking the food pics from the trip into three posts. Tonight, I'm focusing on the actual fest. This year's event was in the Cobb County Civic Center, and it was two stories. Paul snapped this great panoramic shot from the upstairs floor. So many people!

I wore my new cat leggings for the occasion! I'll take any excuse for cat pants. 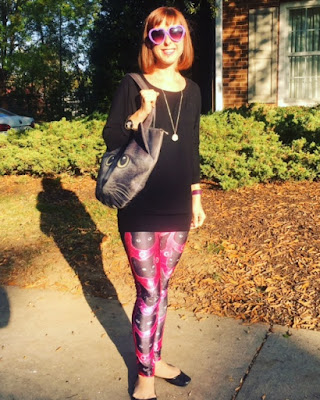 For most of the day, I was stationed at my cookbook publisher's table. Dave from Book Publishing Company was there peddling all sorts of vegan cookbooks, and I was on-hand to sign my own. 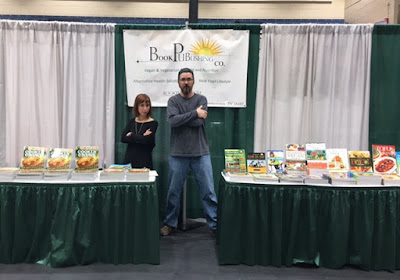 Paul hung out at the table for most of the day too. 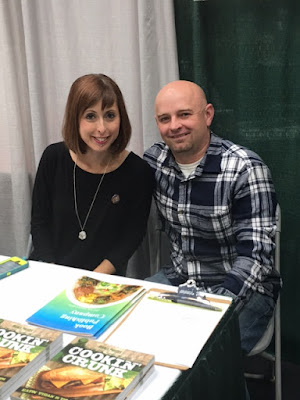 But he also got to wander around and bring me back all kinds of goodies since I was working. Early on, he stopped by the Golda's Small Batch Kombucha table and got us two varieties to try — Blackberry Basil and Apple Ginger Spice. I didn't even realize Paul liked kombucha, but he apparently does. At least, he liked this kombucha, which he declared to be much better than my homemade stuff. He had a good point though. It was amazing. 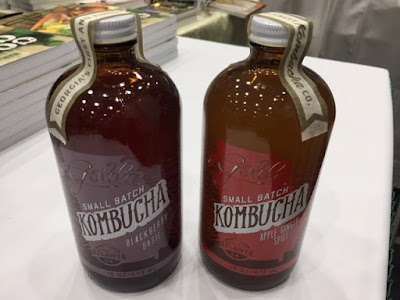 Paul also procured us some vegan gelato from Revolution Gelato. He got Cappuccino with Bourbon Syrup for me and two scoops — Orange Cream and Mango — for himself. We ended up sharing all of them. 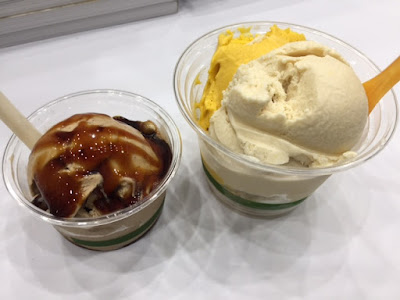 Eventually, I started getting hungry for real food, so I ventured away from the table in search of lunch. I was thrilled when I stumbled across the Soul Vegetarian booth. I love, love, love Soul Veg No. 2, and I typically always stop in there on trips to Atlanta. 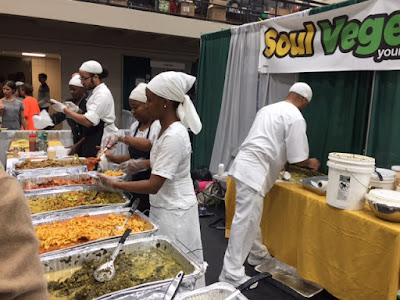 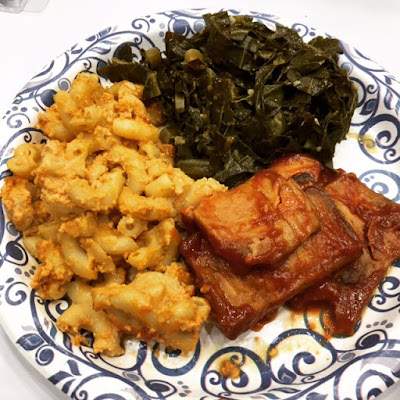 And I got a quick photo with my buddies from Soul Vegetarian No. 2. They're the nicest people, and even though I'm only in town once every few years, they always remember me! 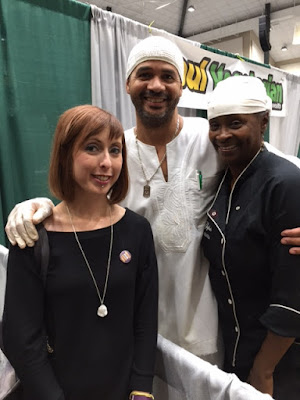 I also spent lots of money on vegan message tees and an animal-print infinity scarf from Compassion Clothing. Plus, bumper stickers and buttons from Herbivore and more!

My cooking demo was at 3 p.m., and I made Creamy Cashew Mac & Cheese and Dill Weed Potato Salad — both from Cookin' Crunk. I had a great team of volunteers, provided by Atlanta VegFest (they're so organized!) and an awesome audience. 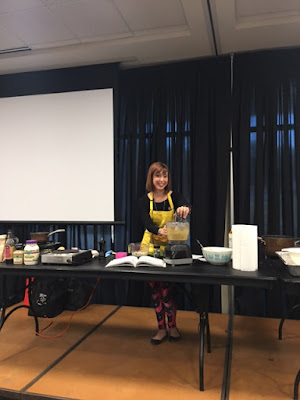 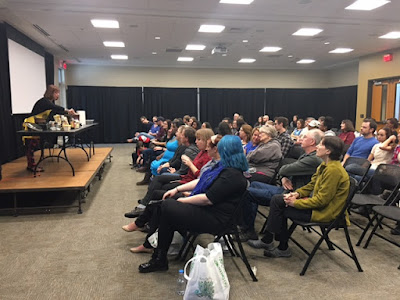 The fest ended at 6 p.m., and by the time I got upstairs to the sample tables (around 5ish), most of the free stuff was gone. But the vendors were still there to talk about their products, and I met some cool folks with local and regional vegan food companies. Even though I didn't get to try their stuff, the guys at No Evil Foods from Asheville, North Carolina, told me that I could find their homemade vegan meats at Atlanta Whole Foods stores. And Atlanta-based cheese company, Pure Abundance, had a few samples of their amazing cashew cheeses left. I picked up both the meat and cheese at a Whole Foods before I left town! Can't wait to try these. 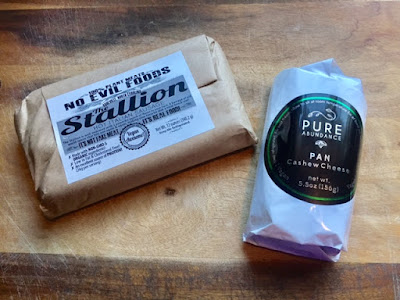 Overall, great time! Thanks again to Atlanta VegFest for putting on an amazing event.
Posted by Bianca at 9:00 PM

Wow, your lunch from Soul Vegetarian looks amazing! Glad to hear your cooking demo went well; looks like you had a nice crowd! :)

Looks like a lovely day. Your lunch looks amazing.

What an amazing day! Looks like a great time and the food looks amazing. Looking forward to reading about the rest of your weekend.