Behind the Scenes with the Vegan Roadie!

So y'all know the Vegan Roadie, right? If you don't, you should catch up right now! Dustin Harder, aka the Vegan Roadie, is the host and creator of the awesome Vegan Roadie web series. He travels all over the country, sampling vegan delights and highlighting awesome local businesses. He just wrapped up season one, and you can find the episodes on his website or his YouTube channel. There's one for Austin, Denver, Philly, Indianapolis, St. Louis, Boston, and more!

And now Dustin is working on a new series called The Vegan Roadie: OMG! That's Vegan!? Back in June, he emailed me to ask if I would like to be featured on the show!! I was honored and thrilled, and of course I said yes. Well, Dustin is in Memphis filming this week, and I've spent the last couple days with him. First, we met up for a get-to-know-ya dinner last night at Imagine Vegan Cafe. 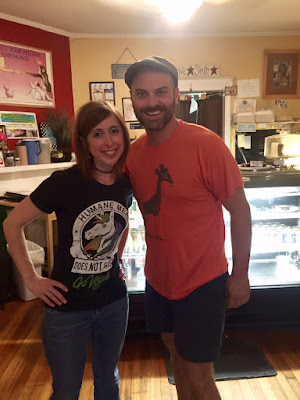 Dustin ordered the vegan Shrimp Po'Boy and a side of Mac & Cheese. Of course, you know how vegans are, always taking pictures of their food. 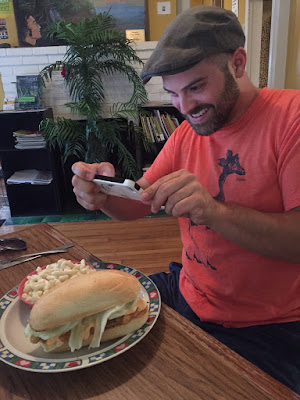 I got my old stand-by — Vegan Cheese Quesadilla with Portabella Mushrooms, Guacamole, and Sour Cream. Of course, I immediately doused it in hot sauce. 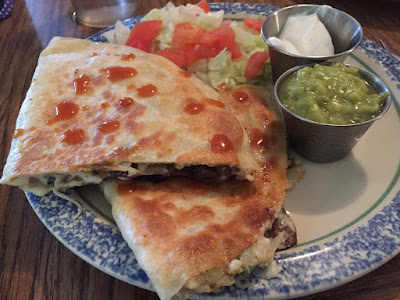 And we split an order of the Spinach-Artichoke Dip. 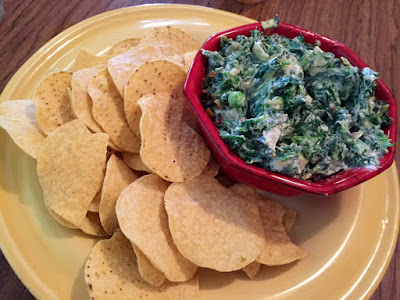 Then, today, I met Dustin at his Airbnb to shoot the segment! Here's Dustin setting up camera one. 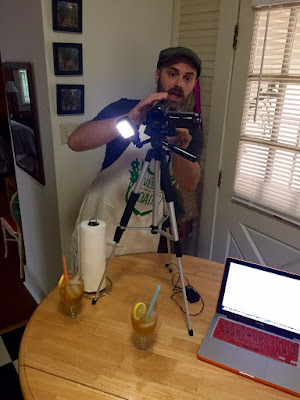 And here's me attempting a selfie in camera two, which was actually Dustin's iPhone. 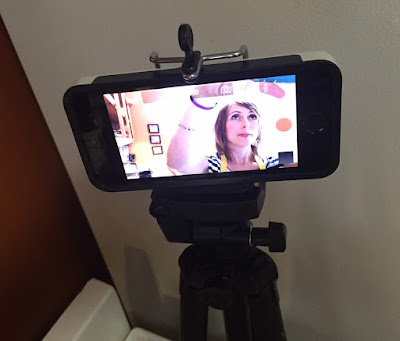 For the cooking segment, I made my Deviled Tofu Bites, which are like vegan deviled eggs. Dustin got all the ingredients mise en place before I even arrived. 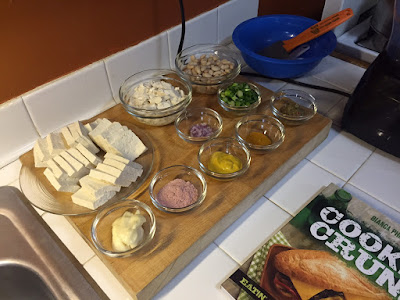 And here's the finished dish (after we ate a few on-camera, of course!). 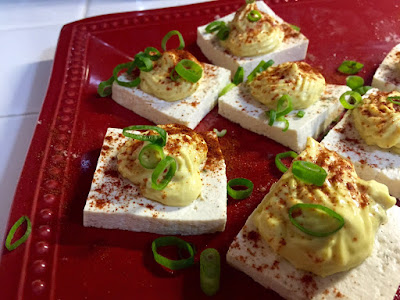 I won't give away too much, but I think the show is going to be super-cute. Dustin is hilarious and super-animated. We played some games and got really silly. And yes, we are in Memphis, so he had to get some Elvis in there. Check out the sweet Vegan Roadie trucker hat he gave me. 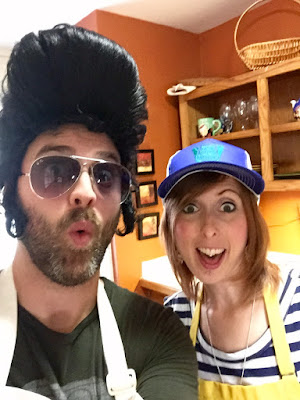 One other cool thing to note: When Dustin isn't busy trying all the vegan things all over the country, he works as a handler for the dogs on the touring Broadway production of Annie. His boss, William Berloni, is about to launch a reality show called From Wags To Riches, all about his life working with theatrical animals. And the Annie pup stars — Macy and Sunny — got to travel to Memphis with Dustin. They were hanging in the Airbnb with us. I had to get a pic with these celebrity dogs! 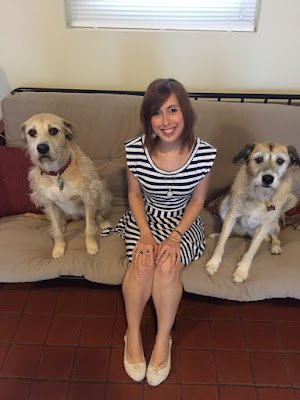 I'll keep y'all posted about The Vegan Roadie: OMG! That's Vegan!? And when I find out when it'll be airing, I'll let y'all know!
Posted by Bianca at 10:27 PM

I didn't know about the Vegan Roadie, but I'm definitely going to check out his channel. Can't wait to see the episode featuring you. I must really make those deviled eggs soon.

This is so awesome!! I can't wait to see your episode and I will definitely check The Vegan Roadie out in the meantime! Those pups are so cute too - perfectly scruffy to play good ol' Sandy!

How cool! Good food, pups, and silliness. Three of my favorite things! :)

I think you should have your own cooking show on youtube. That would be awesome!

That's so cool! I love the vegan roadie, and his videos are really funny. Can't wait to see it.