A few things you should know about my childhood:
I'd actually forgotten about my early attempts at authoring a cookbook though. And then my mom found this a few months back when she was cleaning house. 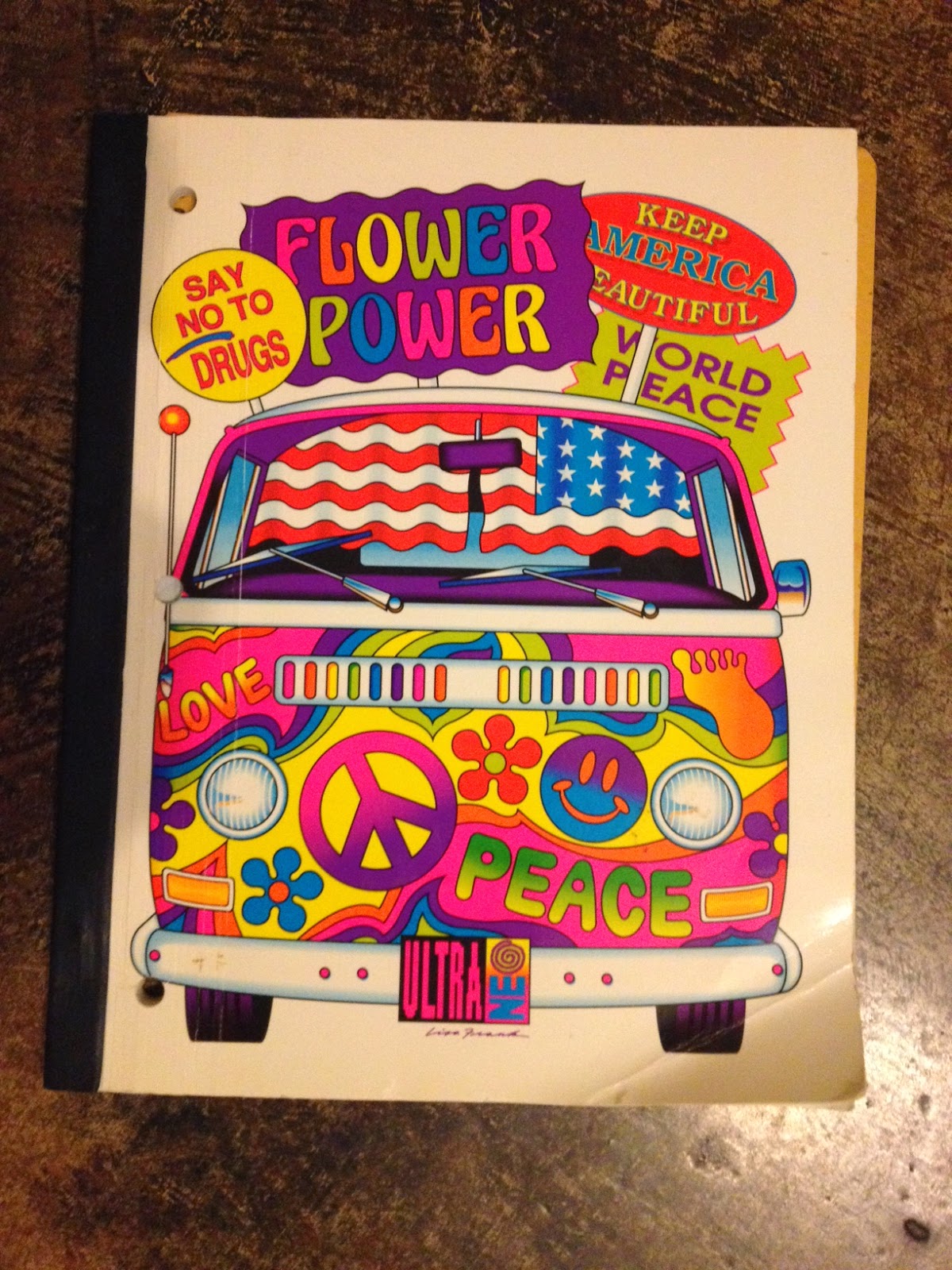 That, my friends, is my first cookbook. It's an old Lisa Frank notebook with a 1990 copyright, and it's one of her Ultra Neo designs. So I'm guessing I must have been between 10 and 12 when I filled these lined pages with recipes. Flipping through, I discovered some that are pretty crazy — Stir-Fried Wieners, Salad Dog (a hot dog topped with a salad), and McBinky Burgers (hamburgers topped with lunch meat, Velvetta cheese, and Taco Bell mild sauce, among other things). And, I shit you not, there's a recipe for a Meat Dog (hot dog topped with bacon, lunch meat, and hamburger meat).

Suffice to say, I wasn't a vegetarian yet then. That didn't happen until I turned 14. And I swear I wasn't a stoner at age 10, but it certainly sounds like it, no?

Anyway, I'm making it my mission to actually veganize some of these recipes. Yes, even the Meat Dog. I'll blog about my efforts and share the recipes in a series of posts. But I wanted to start with something a little healthier than vegan meat-covered meat. So I picked this recipe for Bum Beans. 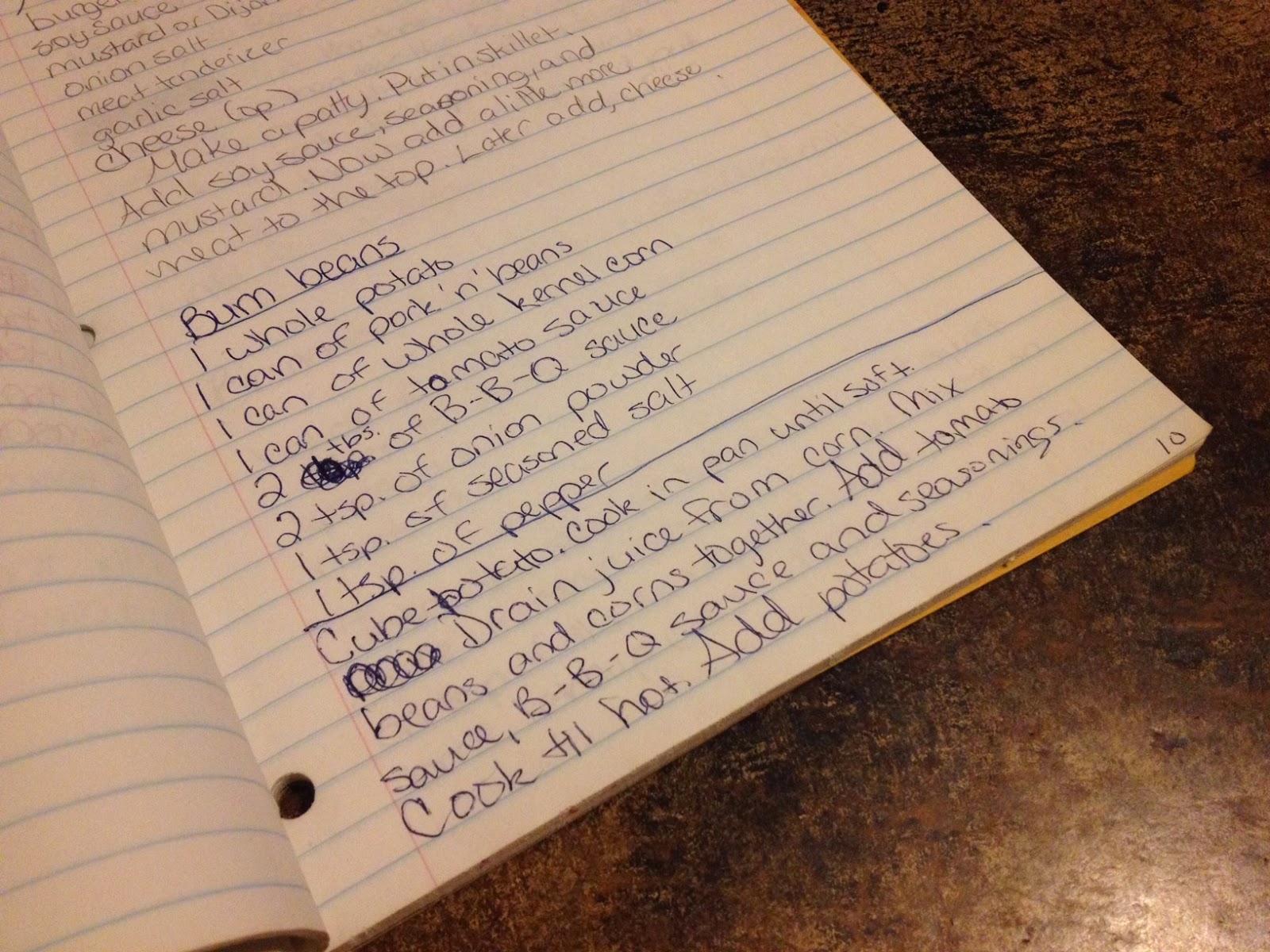 No idea why they're "bum" beans, and I'm not certain saying the word "bum" is even PC these days. But oh well. I tried this recipe tonight, and you know what? This was actually really good! Go Binky! Here's the healthy vegan version of Binky's Bum Beans. 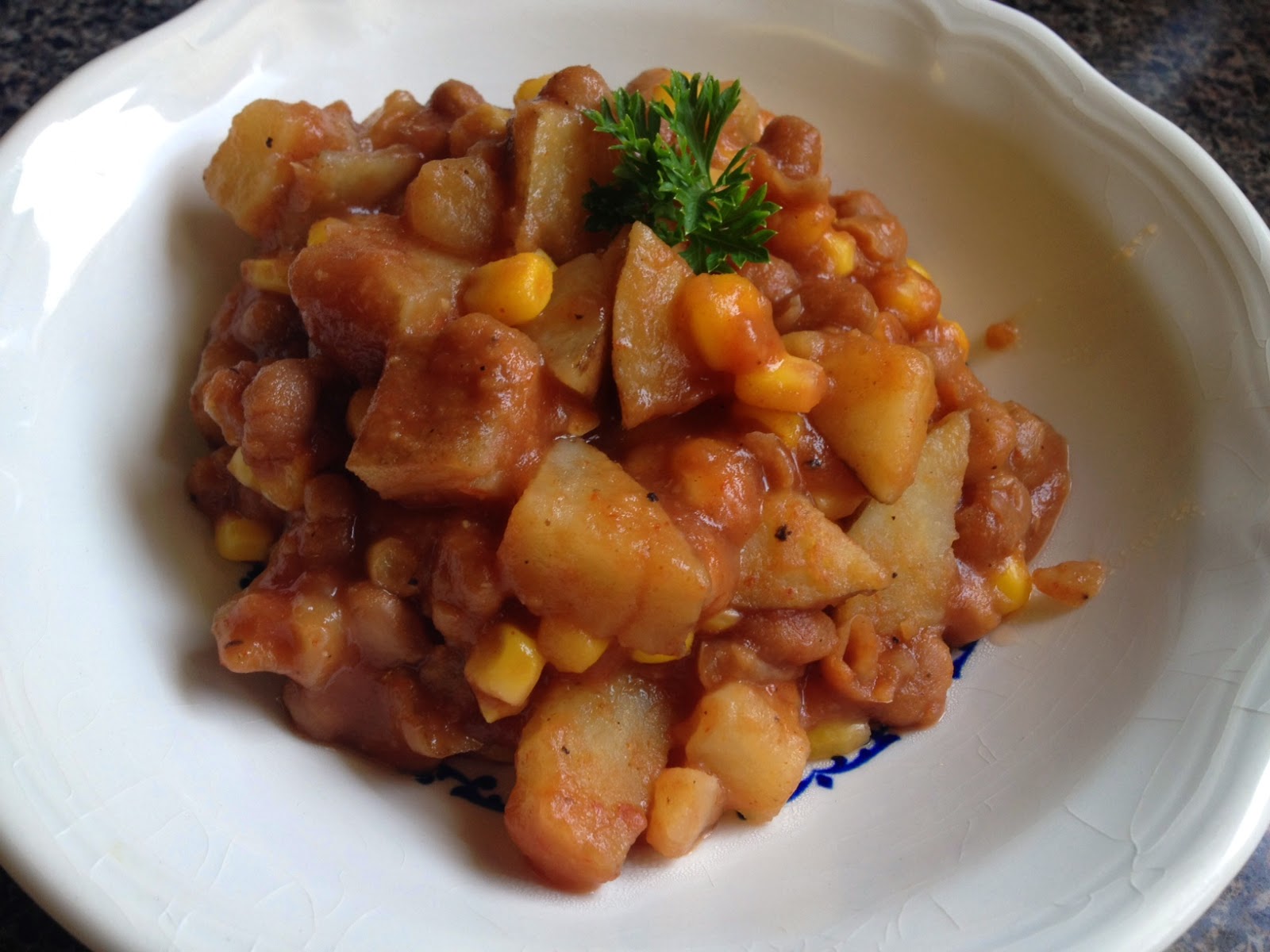 And here's the updated vegan recipe. The only real change I made was to cut back on the onion powder and add a little garlic. I used frozen corn instead of canned corn. Oh, and I tried to get a little more specific in the steps than my previous instruction of "cook 'til hot." Ha!

Cover the potato cubes with water in a large pot with a lid. Bring to a boil over high heat. Cover and simmer for about 15 to 20 minutes or until fork tender. Drain and set aside.

While the potatoes are boiling, combine the remaining ingredients in a large saucepan. Heat over medium-high for about 15 minutes or until heated through. Stir in the potatoes. Serve.
Posted by Bianca at 9:28 PM

I love this! 12 year old me would have wanted to be besties with 12 year old you. My friends and I used to write "magazines" but probably only because I hadn't discovered cookbooks yet.

And this sounds like a meal my 30 year old hubby would love!

I had no idea about the seedy underbelly of Lisa Frank! Like you, I adored Lisa Frank stickers and folders growing up. Even now when I see them in a store, they catch my eye momentarily. I love it that you're going to veganize your childhood cookbook! That is hilarious! I can't wait to follow along.

I'm thinking you probably meant as in hobo as in homeless person. We're all so politically correct these days.

I remember playing restaurant with my grandma. I had a Nickelodeon slim note pad. I'd even gave bills. I guess childhood dreams come true.

Umm, this is brilliant and HILARIOUS!!! I love it! And those Bum Beans do sound pretty dang good! Your "meat dog" is cracking me up!

HAHA, I read "bum" as in bottom, not as in homeless person ;) These sound really good!

I'm a country boy and grew up knowing beans from my hillbilly step mom. She was a Hick from the sticks - literally, her last name was Hicks.
We made it with ground beef sauteed with onions, a little cumen, and canned tomatoes and of course beans Serve with fresh home made bread and butter.
Yum. Now I want a beer.