Every year (for as far back as I can remember) during my time in Memphis, my friend Vaughan has hosted a vegan Thanksgiving event. Way back in the day, he'd rent out a local comedy club and cater the whole thing (and we'd do silly vegan skits on-stage!). But more recently, he and his partner Nicole have hosted at their house. It's a huge event with lots of vegans and lots of food!

This year, I made a Vegan Green Bean Casserole using this recipe from Minimalist Baker. I loved how this turned out! It calls for fresh green beans, so you get that nice crunch. I love canned green beans as much as the next Southern girl, but fresh is always nice. 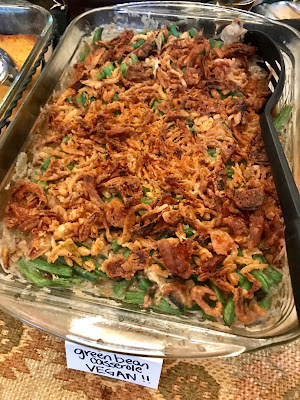 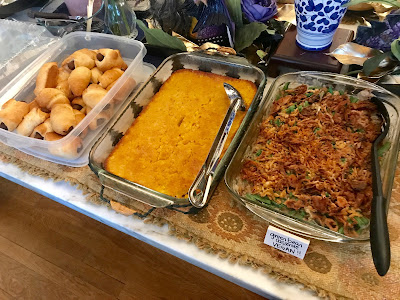 Duffy brought the Celebration Roast with Cranberry Sauce, a must-have at any proper Thanksgiving meal! 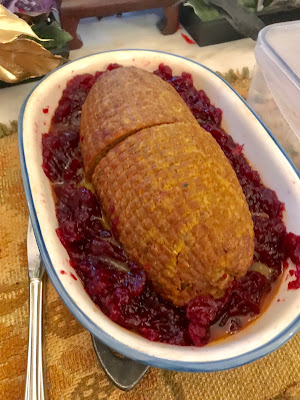 Clarita and James brought the Dressing, my favorite Thanksgiving dish. This was super delicious! 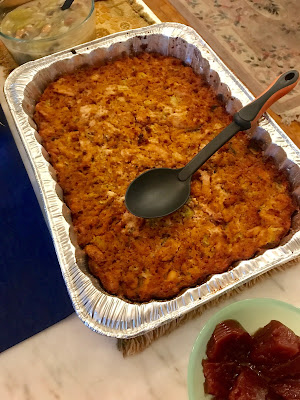 There were lots of sweet potato dishes, like this Mashed Sweet Potato Casserole. Also some excellent Coleslaw. 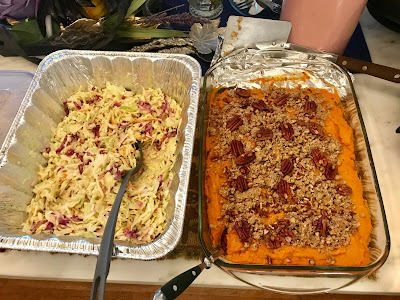 Someone brought Quinoa with Sweet Potatoes. 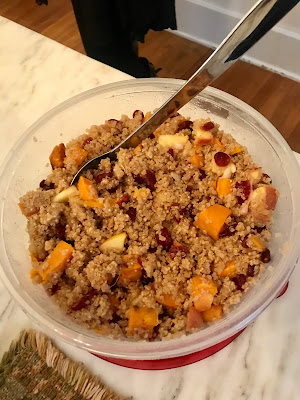 And someone else brought Vegan Candied Yams. My family never does the sweeter sweet potato dishes, but I love them so this was a real treat! 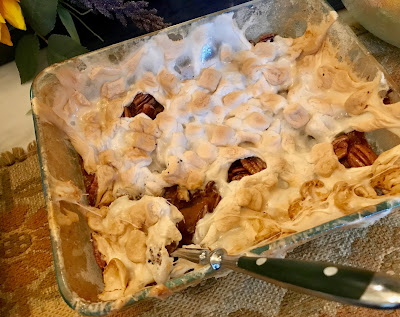 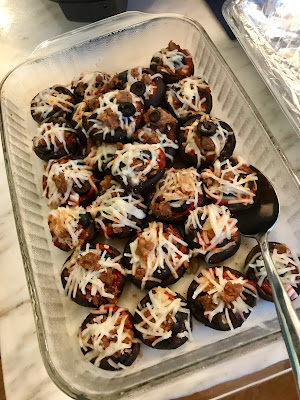 Leslie and Steven showed up with the most delicious Vegan Cheese Ball! It had been thoroughly enjoyed by everyone else before I could get to it! 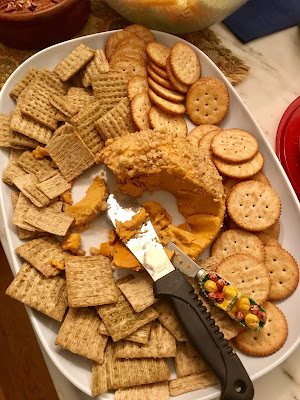 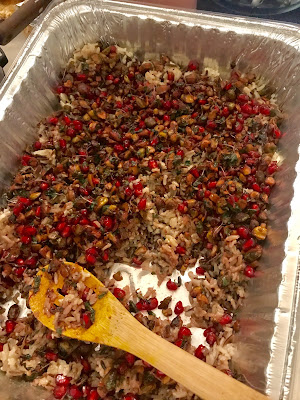 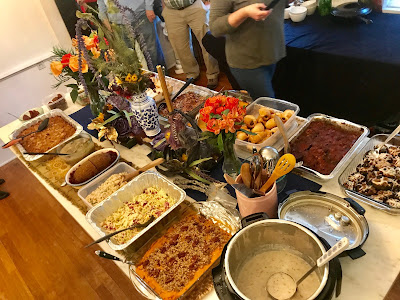 Let's not forget dessert! I don't know who brought this Chocolate Mousse Pie, but it was insanely good. 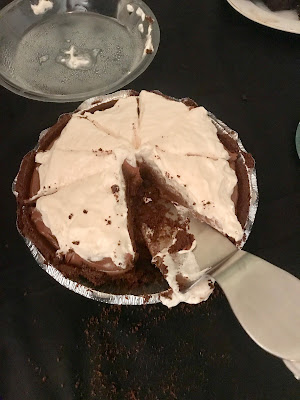 Duffy (the holiday roast bringer) also brought some Chocolate Brownies, and Nicole made Chocolate Cake Balls. I'd say Megan won the day though with her excellent Caramel Apple Pie!! THIS WAS SO GOOD. 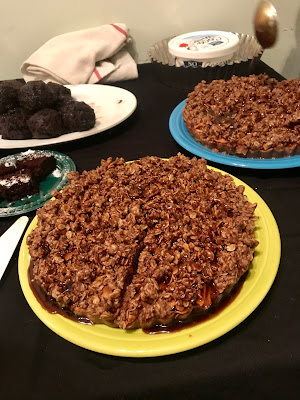 As always, I ate WAY too much and pretty much couldn't move for a few hours afterward. I hate that feeling, but I'm a binge eater at potlucks and buffets. I have to taste every single thing. And I don't believe in wasting food, so I'm a plate cleaner. This is what plate #1 looked like. There were two more plates (a seconds plate and a dessert plate) after this. 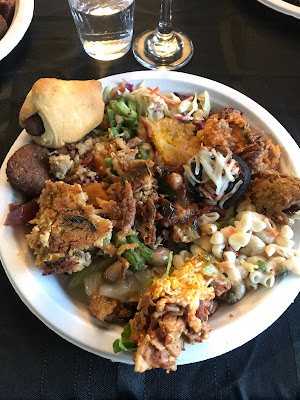 After that meal, I told myself I was never eating again! But two days later, I'm ready to do it all again on Thursday. Happy Thanksgiving y'all! I'll be back after the holiday!
Posted by Bianca at 9:00 PM

What an amazing array of food!

It all looks delicious, and I would definitely have to taste everything too!