My dad, better known on here as Papa Crunk, turns 65 on Wednesday! But since I live an hour away, it made more sense for me to go home and celebrate this past weekend. Paul and I drove over to Jonesboro yesterday after a 10-mile training run. 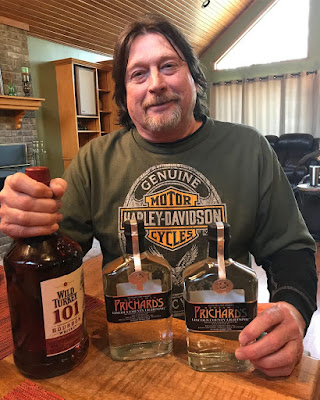 When I asked my dad what he wanted for his birthday, he requested a half-gallon of Wild Turkey 101. He's experimenting with aging his own whiskey blends in a small barrel and needed this for his experiment. He's also been wanting some Pritchard's moonshine, so Paul picked him up a couple bottles in Nashville, where the distillery is.

If you've been reading Vegan Crunk for awhile, you know how badass my dad is. But in case you're new, I should just catch you up. My dad rides a Harley, drinks whiskey straight, and makes his own rules. He's also the most generous person you'll ever meet. He GETS my veganism and is always experimenting with new vegan recipes for me to try. Growing up, he was pretty much the best dad role model a girl could have. He taught me to think for myself and not worry what other people think.  Oh yea, and a couple years ago, he beat color cancer. I love my dad! 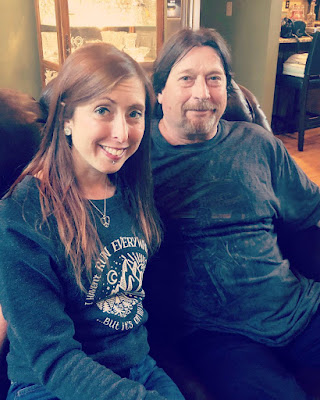 For dinner, he asked if we all go to the Ruby Tuesday. I LOVE the Ruby Tuesday salad bar, so that sounded great to me! I got a giant salad with cilantro-lime vinaigrette. 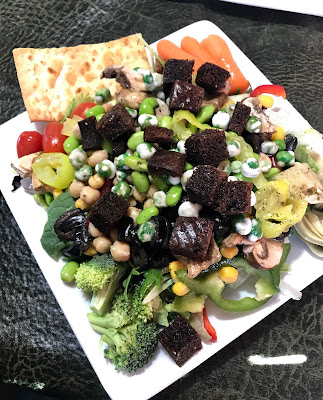 For dessert, he requested cupcakes that didn't have too much frosting. So I picked a recipe from Isa's Vegan Cupcakes Take Over the World that had no frosting — Peanut Butter Cupcakes with Chocolate Ganache. 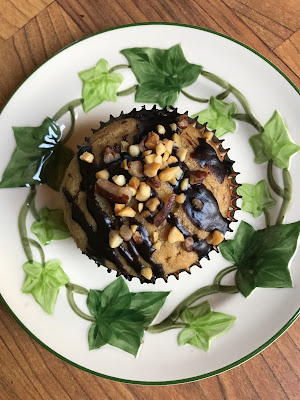 These were more like muffins but very good! My dad loves peanut butter so I knew these would be a hit.

Happy birthday to your dad!
Those peanut butter cupcakes are so good. I prefer minimal to no frosting, so they are always a hit with me.

Happy Birthday, Papa Crunk! Your relationship with your family always makes me smile :) So much love!!

Happy Birthday Pap Crunk! A bad ass indeed! I really love your relationship, I always smile every time I read about your parents, their support for your lifestyle, their willingness to try new things and their generosity. It's really nice to see and I'm so glad that you all had such a wonderful celebration.

I love your dad, he seems so awesome!

Happy birthday, Papa Crunk! I really admire your relationship with your parents, and how much you all have each other's backs & care about each other. Did you see that Ruby Tuesday started carrying the Impossible Burger? The next time you go, you'll have another option!

Your dad does a lot of fun stuff in the kitchen.