I went vegetarian at age 14 in 1994 on the day after Thanksgiving. Eating animals just didn't make sense to me. Why would I eat a turkey but not my dog or cat or hamster? I was a headstrong kid with big ideas of saving the world and making a difference, so it was a fairly easy transition despite living in small-town Arkansas and only knowing one other vegetarian (my friend Purvi). Plus, I could still eat cheese and eggs, and lawd did I eat some cheese and eggs back then!

But in 2004, at age 24, I'd gotten even more active in the animal rights movement. I was living in Memphis and doing lots of PETA demos. I even helped launch a now-defunct group called Memphis Area Animal Rights Activists. As I learned more about the horrors of dairy- and egg-farming, going vegan seemed imperative. So I made the vegan switch on the day after Thanksgiving in 2004.

Although the date for the day after Thanksgiving changes from year to year, it's easier for me to just celebrate my veganaversary on Black Friday. So this past Black Friday, I celebrated 11 years vegan and 21 years vegetarian. Like you do on the day after Thanksgiving, I started the day with a slice of leftover pie — Chocolate Pecan Pie with CocoWhip! 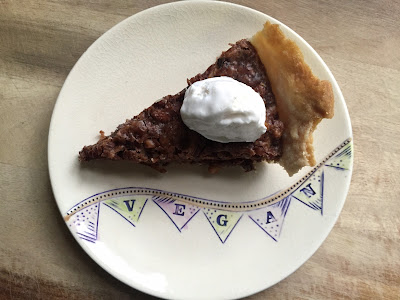 It also just so happens that my mama and I have a Black Friday shopping ritual too. Every year, she drives to Memphis, and we go out to brunch before hitting the stores. We don't do the early-bird stuff, just late afternoon shopping after the crowds have dispersed. For years, we've started our annual holiday shopping trip with brunch at Brother Juniper's. But this year, we decided to mix things up with a meal at the new LYFE Kitchen. 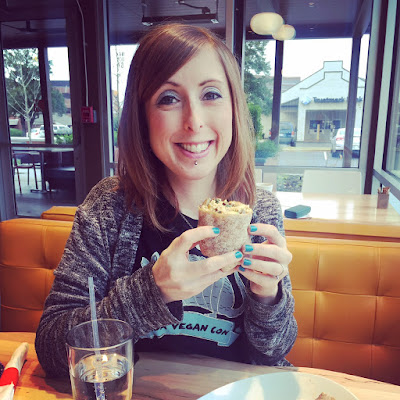 I LOVE LYFE KITCHEN!! But it's only been open a few months, and I hadn't had a chance to try their vegan breakfast yet. So I finally got to try this Morning Veggie Wrap — a whole wheat wrap stuffed with tofu scramble, Daiya cheddar, roasted mushrooms, cherry tomatoes, and avocado. OMG, this is so good. Possibly my new fave breakfast in Memphis. 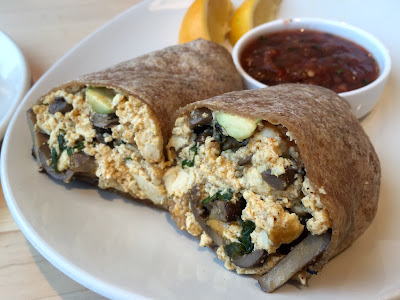 On the side, we split some Chipotle Potato Hash topped with spicy vegan aioli! 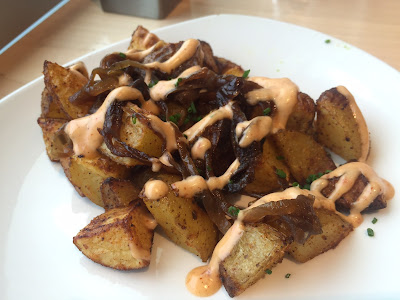 After brunch, we hit up the new H&M and scored some great deals, including a new wool-free vegan peacoat for me! It's so hard to find wool-free peacoats, but H&M has them. And they're cheap! My mama suggested we eat out again for dinner, but I was really looking forward to a plate of leftovers at home. It's rare that I'll turn down a free meal. But Thanksgiving leftovers are basically the best thing ever. I heated up this leftovers plate after we finished shopping. 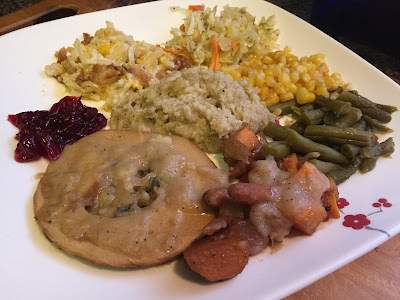 I've since eaten several other leftovers plates just like this over the weekend. And I still have some leftovers for the week. Win!
Posted by Bianca at 9:04 PM

And I have to check out H&M! Vegan coats are super hard to find. I know Modcloth has a super cute yellow one that I've been eyeing up.

Happy Veganniversary! I immediately went to the H&M website and ordered a pea coat! The one with two rows of gold buttons. I can't wait until it comes in! My pea coat from my pregan days is long overdue for retirement!