An Open Letter to the Memphis Whole Foods

UPDATE: Less than a week after I posted this letter, Whole Foods got in a shipment of Kite Hill yogurts and cream cheeses! Yay!! And they've emailed me about checking into the availability of other items on this list.

Dear Whole Foods-Poplar,
I tried the new Kite Hill artisan almond milk yogurt this morning. It was amazing. Creamy, tangy, with just the right amount of sweetness and natural flavor. By far, the best vegan yogurt I've had. But I didn't buy it at your store. I would have if you carried it, but you don't. 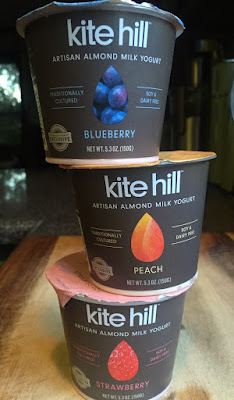 This yogurt was imported — from Arkansas. My best friend picked it up at the Little Rock Whole Foods and brought it to Memphis. I've looked for it at your store on every visit. I even asked a nice man in the grocery department if y'all could order it. He said he'd look into it. He was very sweet and helpful. But several weeks have gone by and still no Kite Hill yogurt. 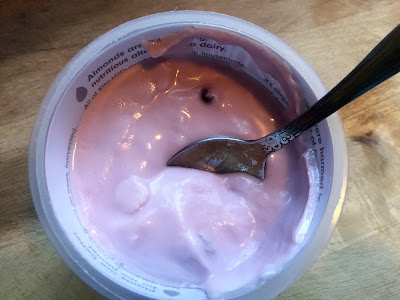 My friend Sheridan also brought me some Kite Hill Cream Cheese-Style Spread, which you also don't carry with any regularity. Sometimes you have it, but it tends to disappear for long periods of time when you run out.

That seems to be a constant problem at your store. An awesome new vegan product will appear on the shelves, only to disappear a few weeks later (I'm talking to you Earth Balance Vegan Sour Cream & Onion Chips). But an even bigger issue is the lack of so many great vegan products that are available in other Whole Foods stores across the country.

Here's a quick list of products that I've never seen in your store (or have spotted once or twice only to disappear later):

You're awesome, Whole Foods. The store is massive and beautiful. The hot bar, flex venue, and Wok Street station offer delicious vegan options. Your produce is perfectly arranged. Your bulk bins never do me wrong. But I do wish you'd expand your vegan product line to include the above-mentioned products, most especially the Kite Hill yogurts.

They're really that good. You may not remember, but you used to carry a now-defunct vegan yogurt by Whole Soy & Co. That brand was most every vegan's fave. But the company went out of business leaving a hole in our vegan hearts. This Kite Hill yogurt is as good, if not better, than Whole Soy, and that's saying a lot. I think it would also appeal to your non-vegan customers, who may just be looking to cut out dairy for health reasons.

P.S. While we're at it, can we also get a vegan option in the in-store BBQ restaurant? I heard y'all tried to add one when you first opened. I was super-excited for that, and I'm not sure what happened. But we vegans and vegetarians would like to sit down and enjoy a beer and a BBQ meal, too.
Posted by Bianca at 8:13 PM

I have the same problem at my local Whole Foods. When they run out of an item, the associates don't know when or if they'll be getting more. When I request an item, they say they'll look into it, but I run into the same thing you do - weeks and weeks pass, and the item doesn't return. And currently, they don't carry any vegan lip balms when they used to have a few different options.

Completely agree. I find a vegan product I really like, buy it for a few weeks until suddenly its gone and it never seen again despite requests. I'm in Denver.

I love the Wildwood Aoli!! That does tend to come and go. Of course now in Tel Aviv all I can get is super tofu-y mayo so I am forced to go without :(

This has me wondering now if my local Whole Foods carries these often. Definitely worth the check; great letter! Hope they start restocking. :)

Unfortunately whole foods are designed to be region specific, meaning they will carry more local products then imported ones, and only carry products and brands that produce the largest profit in that specific region or area, which is why you can have vastly different products even amongst stores in the same state.

Also, you would not believe how many or how often products become disco, and even stranger the vetting process can take a while. Some stores may not have qualified to carry certain products even if other stores have, and not all vegan products meet the whole foods standards even within the same brand. It's kind of crazy how it works.

I've never heard of these yogurts or the Daiya yogurts either. I will look for them in Durham & Chapel Hill, NC. Our Whole Foods stores can be hit or miss like yours.

Kite Hill Yogurt is now available at the Whole Foods Market Germantown, Tn location. It just got put on the shelf this past Tuesday. All flavors are available.