If you're a non-local reader, I'll just go ahead and apologize because tonight's post and tomorrow's post are dedicated to some Memphis stuff. But y'all — I've got a bagel hook-up, and I need to spread the word. 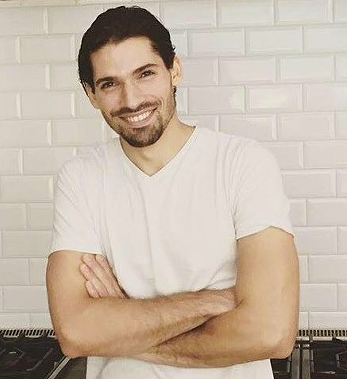 Dave moved to Memphis from Portland less than a year ago, and he'd previously dabbled in the bagel-making business. After moving here he quickly realized that Memphis was seriously lacking the bagel department. There are a few decent bagel shops out east, I hear. But Midtown was a bagel desert. Not anymore. By the way, you can read all about Dave in my friend Susan's Memphis Flyer blog post.

Dave started selling his bagels at the now-closed Curb Market in Cooper-Young, and even though I'd heard he was there, I never made it over there to try them. But anyway, that Curb Market closed because it's moving into Crosstown Concourse (the same building that will house my office when construction is complete! Yay for me!). And Dave will be slinging bagels at the new Curb! But until then, he's taking orders online from his Dave's Bagels page and selling them out of a commercial kitchen on Madison (next to the Trolley Stop Market).

I finally placed an order several weeks ago, and I've since become a bagel addict. I've gone through nearly a dozen and a half bagels in, hmmmm, less than a month? Yea, I have a problem. But they're so good! My fave is probably the Apple Cinnamon because the top is coated in cinnamon sugar. 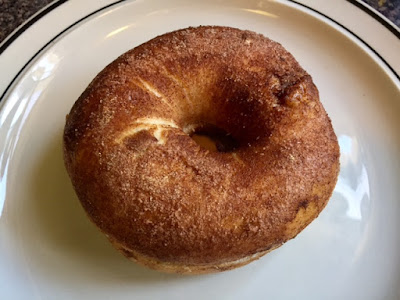 And the insides are stuffed with bits of real apple! These are amazing slathered in nut butter. 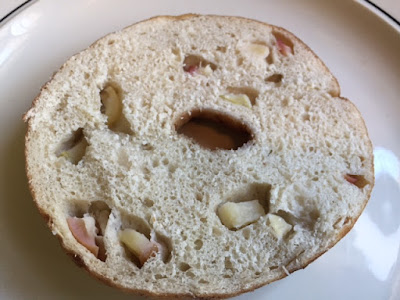 While we're on the subject of sweet bagels, the Cinnamon Raisin are also stellar. I had one this morning with Daiya vegan cream cheese. They're just lightly sweet and oh-so cinnamony. 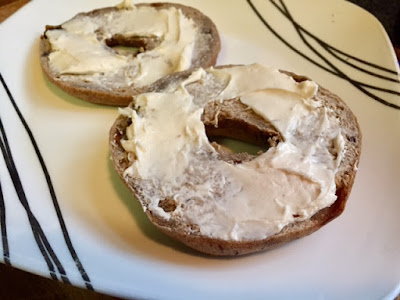 Deep down though, I'm a savory kinda girl. And even though the Apple Cinnamon are my fave (because they're basically dessert for breakfast), I'm probably equally in love with the Everything Bagels. I've used these as sandwich bread, enjoyed with hummus, and of course, with garlic & chive cream cheese. How cute are these little Go Veggie cream cheese tubs? 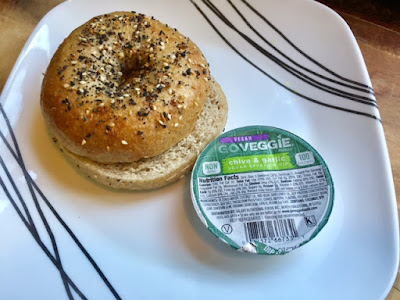 You can also get savory bagels with just one or two toppings — like Onion Bagels, Poppyseed Bagels, Garlic Bagels, or Sesame Seed Bagels. The sesame ones can be used with sweet or savory toppings! Here I had some Soom Chocolate Sesame Spread on a Sesame Bagel with Fresh Berries! 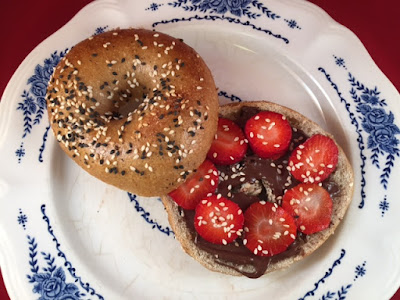 Here's an Garlic Bagel before I slathered it with hummus! 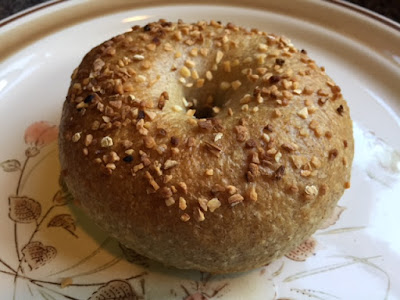 The Plain Bagels are the perfect stand-ins for sandwich bread. I got some Buffalo Soy Chicken Salad from Whole Foods and made this yummy sandwich! 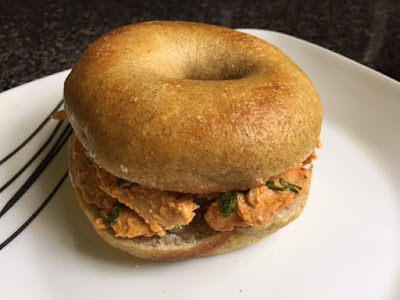 And I showed this pic to you a couple days ago, but it was so delicious that I'm showing you again. Here's a Vegan Egg, Seitan Bacon, & Cheddar Sandwich on a Plain Bagel! 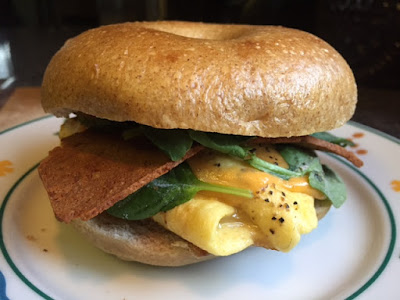 Local folks, you can place orders with Dave by sending him a Facebook message through his Facebook page. He takes orders throughout the week, and then you pick them up between 4 and 7 on Friday afternoons. Minimum order is six, but I recommend buying them by the dozen because you'll need them. Trust me. And they freeze wonderfully. You can also find his bagels served in local restaurants, like the Bayou Bar & Grill, Otherlands (they have vegan cream cheese!), and Strano.

I have serious bagel envy! I used to love onion bagels as sandwich bread. My favorite is an onion bagel with vegan cream cheese and alfalfa sprouts.

The bagels look wonderful, but is it wrong for me to notice that Dave looks pretty great, too! Mm-mm-mm.

Oooh yes!! I'm from NY and when I lived anywhere but here I seriously missed the bagels. I definitely know the importance of having an awesome bagel place in town :) Those bagels look seriously incredible. The apple cinnamon one is definitely calling my name!

Bagels! YUM! A major food group - if you ask me!

Those apple cinnamon bagels look legit! I'll have to remember this if I ever find myself in Memphis!

These bagels looks so delicious, especially the one with the vegan egg. Total yumminess!

Everything bagels are my favorite!! (Well, actually the elusive pumpernickel everything is but there's just one or two shops in nyc with those)
My favorite combo to order is a sandwich with hummus, pickles, a little thin red onion, lettuce and sprouts. They always ask at least twice if i want cheese or meat (((sigh))) it's the hummus and pickles that really make it.
Ttrockwood