My best friend Sheridan's birthday is this Wednesday, but we celebrated this past weekend since she lives in Little Rock and I live in Memphis. I drove down there on Saturday afternoon (after squeezing in a 15-mile run!). Sheridan wasted no time ripping into her present as soon as I got there. She and Drew just got an air fryer, so I got her JL Fields' The Vegan Air Fryer Cookbook, plus a Namaste tote and a jasper bracelet. 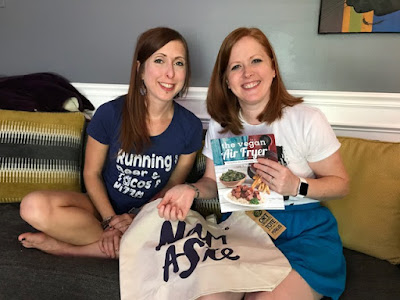 Then we hit up the Whole Foods for late-night snacks and breakfast foods since I was staying the night. Sheridan and her partner Drew have a "beers before shopping" tradition, so we had to grab a pint from the Whole Foods growler shop first. 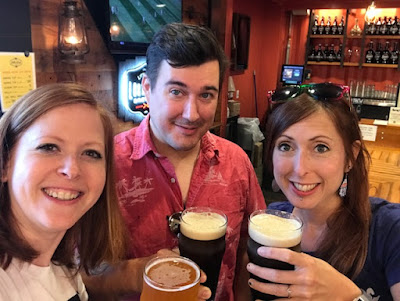 After shopping, we went downtown to The Root Cafe for dinner. This has long been one of my fave LR vegan-friendly spots, but they previously only served brunch and lunch. Now they're open late! We started with an appetizer of Veggie Cracklin (like pork cracklin but vegan!). We're not sure what this was made from, but it was spicy and crunchy and a little greasy (in a good way). 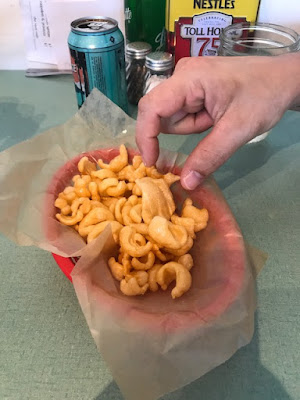 For our entrees, we all chose the same thing — Country Fried Tofu with Gravy, Mashed Potatoes, & Salad. SO FREAKIN' GOOD. Loved the crispy tofu and we're all huge fans of the Root's creamy vegan salad dressing. 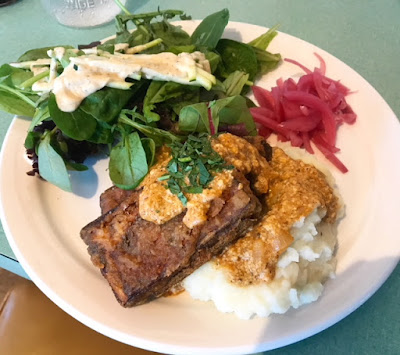 Loblolly Creamery, a vegan-friendly ice cream shop, is located across the street, so we had to stop by for birthday ice cream! I got the Coconut Bar Sorbet — a creamy coconut sorbet with nuts, shredded coconut, and chocolate chips. It tasted much creamier than your average sorbet, which is awesome. Great in a waffle cone! 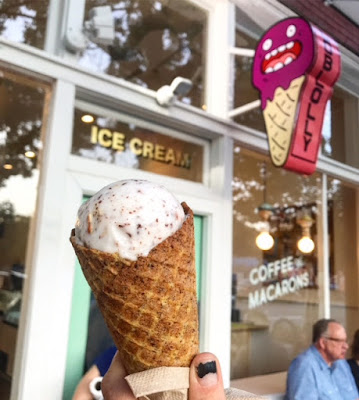 Next we hit up South on Main for post-dinner beers, and then we headed back to their house. We stayed up late reading Tarot and watching Bio-Dome (blast from the past!!), while snacking on vegan onion & chive dip with chips and chocolate chip cookie sandwiches. We ate sooooo much that night.

The next day, we had plans to hike Pinnacle Mountain. I've never hiked up a real mountain before, so this was exciting! I ate a little snack of peanut butter toast with banana and then Sheridan and I headed out (Drew stayed behind to sleep in). Pinnacle is a small mountain, but it's still a freakin' mountain! Such great views of Little Rock. 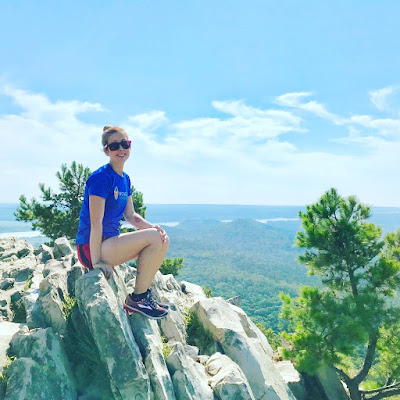 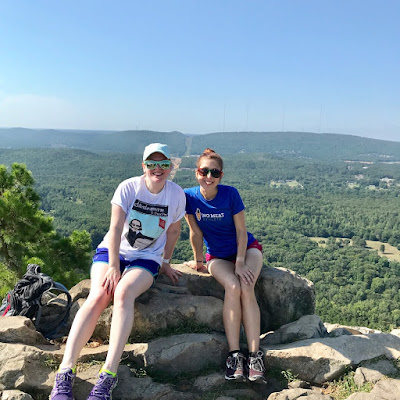 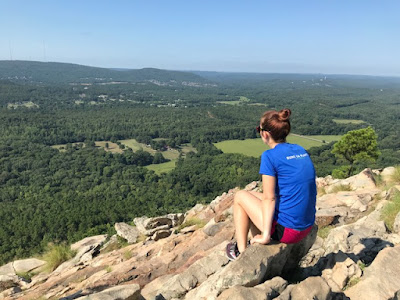 We worked up quite an appetite on our little hike. So afterward, Sheridan and Drew made us Breakfast Sandwiches& Air-Fried Potatoes. The sandwiches had FYH Vegan Egg and American Cheeze with Vegenaise and Hilary's Eat Well Spicy Veggie Sausage. Plus, we had the leftover Vegan Egg with black salt on the side. 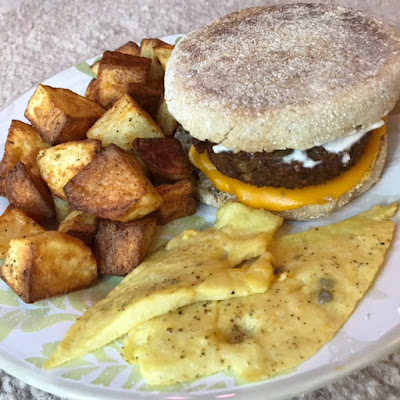 Such a fun and food-filled weekend! Happy birthday Sheridan!
Posted by Bianca at 9:00 PM

A fabulous way to celebrate the birthday of the fabulous Sheridan! That food looks amazing! And yay for mountain climbing.

Happy Birthday Sheridan! It looks like you had such a wonderful time! The meals all look great (especially that breakfast, wow!) and the pictures on the mountain are gorgeous! What a fun experience! So glad you had a great time :)

Love that beer before shopping idea!! Stupid nyc liquor laws mean there’s only one whole foods in the entire city that has drinks at their cafe.
What a wonderful delicious visit! Sounds like the best company, activities and food one could wish for in just two days :)
Ttrockwood