My friend Don is a skilled vegan cheesemaker and bread baker, and he and his partner Kenzie have started selling their vegan goods at the Cooper-Young Farmers Market every Saturday morning. Last weekend was their first market, but they'll be back this Saturday (and many Saturdays to come!). 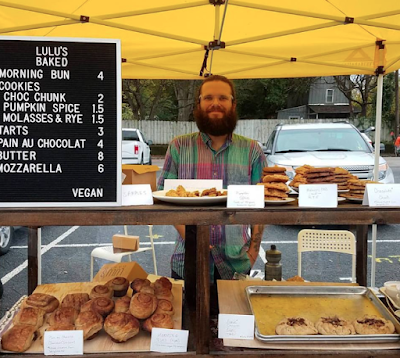 I stayed up way too late on Friday night and slept in awhile on Saturday, so when I arrived, the bakery case looked like this. 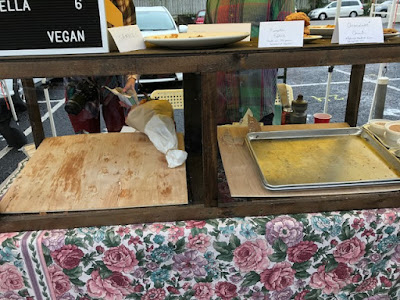 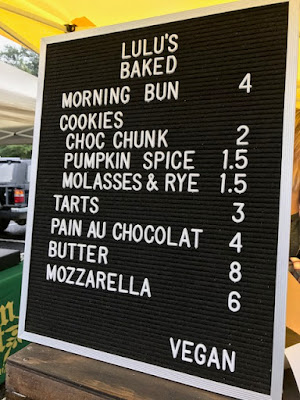 But thankfully, they still had cookies! And vegan cheese and butter! 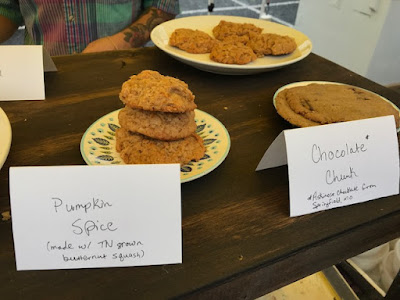 I went with a Pumpkin Spice Cookie (made with Tennessee-grown butternut squash!) because pumpkin spice season is short, and I like to get in as much of that stuff as I can before Thanksgiving. I sampled the Chocolate Chunk Cookie, and it was probably the most perfect chocolate chip cookie I've ever tried. Don says he'll have those weekly, and I'll certainly be getting one this weekend. This Pumpkin Spice Cookie was a soft, cakey cookie with just the right level of pumpkin spice. 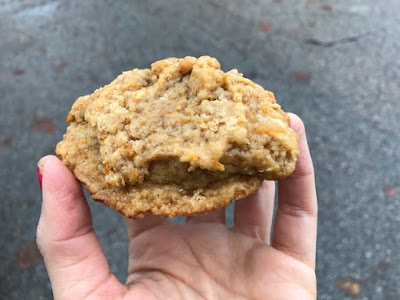 I also got some Cashew Mozzarella and Unsalted Vegan Butter. 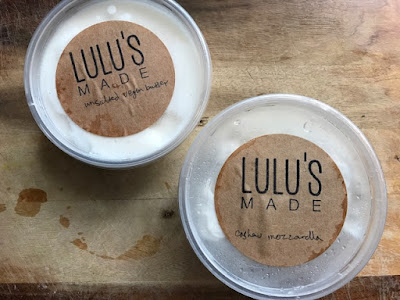 The Cashew Mozzarella was just like I remember of buffalo mozzarella! And I do believe it was better than the storebought Miyoko's VeganMozz. Don's was closer in texture to the dairy version. I tried making my own cashew buffalo mozz once, and it was a disaster. My cheese balls dissolved in the water, wasting all those precious, expensive cashews! From now on, I'll just buy Don's. 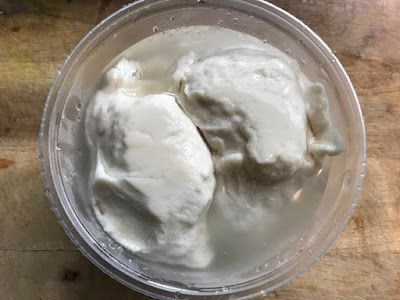 The Unsalted Vegan Butter is awesome too! Not sure what is in it, but I believe it has a coconut oil base and cashews. It's got that cultured flavor, similar to Miyoko's Cultured Butter (which I love but can't buy in Memphis). The fact that it's unsalted means it's ideal for using in any recipe, savory or sweet. 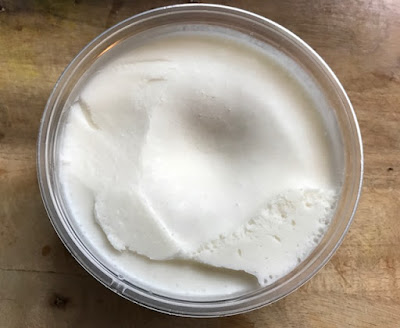 I've been eating the butter and cheese on Whole Wheat Rustic Bread (from the Whole Foods bakery) with assorted olives, pickled veggies, fresh berries, and wine. My favorite kind of meal! 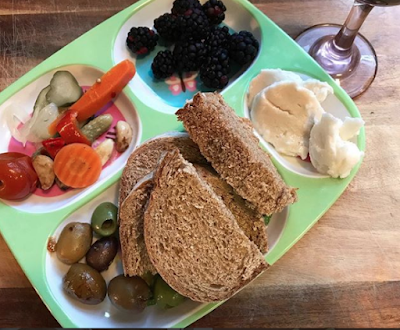 Don says he'll have the same selection this coming Saturday — cheeses and butter, cinnamon/sugar morning buns, chocolate croissants, apple/cinnamon tarts, chocolate chunk cookies, molasses & rye cookies, and pumpkin spice cookies. Plus some new special surprise treats! Stop by and see him this weekend. The Cooper-Young Farmer's Market runs from 8 am to 1 pm every Saturday (but the earlier the better if you want a wide selection!).
Posted by Bianca at 9:00 PM

Your friends stall looks awesome! I'd be there bright and early to buy baked goods and cheeses every week.

How amazing that they're so popular! Woot Woot! Your dinner looks amazing. That is definitely my kind of meal!

LOVING your buddies' set-up! LOVE all the goodies, too! Your local restaurant, shops, events, and friends are AWESOME!!!

This is amazing!! And i think it's really *awesome* that they ran out of baked goods early! I wish i was close enough to come by myself, that mozzarella and butter sound great.
I hope they are a raging success for years to come!
Ttrockwood