Another day of yummy eats on Somer McCowan's 28-day Abundance Diet! For the month of January, I'm following this whole foods-based, low-oil, white sugar-free, gluten-free diet to reset my eating habits after the holidays. And I'm exclusively using the recipes from The Abundance Diet cookbook (with the exception of a few eating out trips).

Day 16 started with a short 25-minute Yoga with Adriene Yoga Camp video and a glass of the Australian Carrot Refresher Juice from the book. I've been exploring the juice chapter for pre-workout snacks before light workouts. This is made with carrots, apples, and celery. 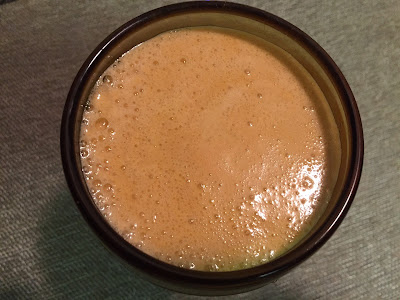 Every week day on the Abundance Diet starts with a green smoothie, so after yoga, I had the Poppy's Jaffa Cake Green Smoothie. "Jaffa" means chocolate-orange, so this smoothie is a blend of cocoa powder, fresh orange slices, banana, kale, and hemp seeds. Chocolate and orange is a winning combo, and this was delicious. 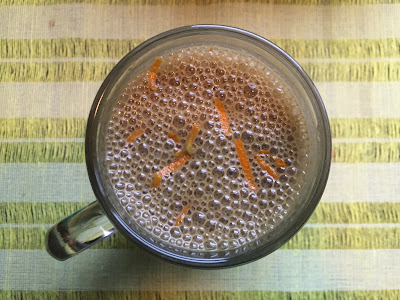 Every day for lunch, you get a big ole salad and a giant bowl of soup. Today's salad was the Chipotle Knock-Off Chopped Salad, which is supposed to be a way healthier version of the fast-casual restaurant chain's chopped salad. To be honest, I've never had Chipotle's salad because, when I'm there, I can't resist the siren song of a tofu sofritas burrito (or tacos). But this actually reminded me of the Taco Bell Cantina Bowls, which I've ordered vegan-style a few times. This has pinto beans, corn, cilantro, brown rice, romaine, cashew sour cream, salsa, and a Southwestern-style creamy cashew-based dressing. I love a good Tex-Mex salad! 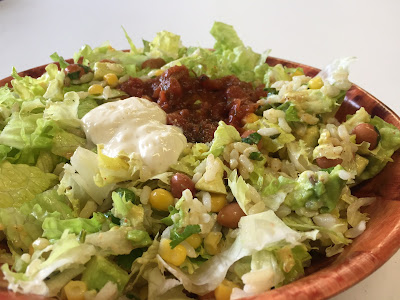 For my soup today, I had the Moroccan Lentil Soup made with red lentils, tomatoes, and carrots. It has a generous squeeze of lemon juice that really adds a bright, complex flavor. Plus, it's loaded with spices, like cinnamon and coriander. 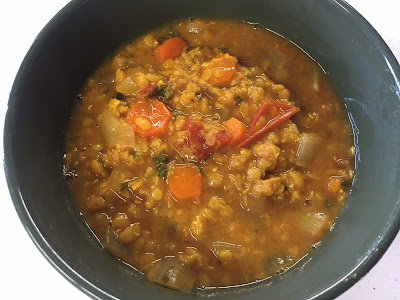 The lunches on this plan so filling that I'm rarely hungry for my afternoon snack. But I always eat it anyway because I like to eat. Today was another batch of Somer's oil-free hummus, but this time, I tried her Spicy Peanut Hummus variation by adding peanut butter and Yellowbird Habanero Sauce. I don't think I added enough habanero though because the end result wasn't spicy at all. It did have a slight peanutty hint though, which was a fun change from my usual tahini. I snacked on this before a board meeting after work. 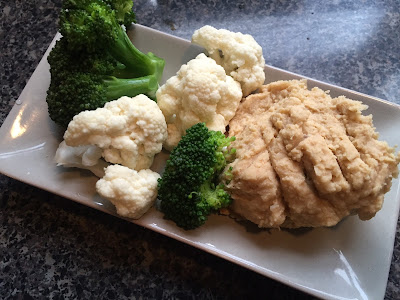 After my meeting, I came home and got dinner in the oven. I'd prepped everything the night before, so baking this Healthier Shepherd's Pie was a breeze. Just assemble and pop in the oven. The base is lentils, mushrooms, and walnuts, and the "mashed potato" layer is actually made with mashed cauliflower. It's totally potato-free! Not that there's anything wrong with potatoes, but you can eat about twice as much cauliflower for the same calories. 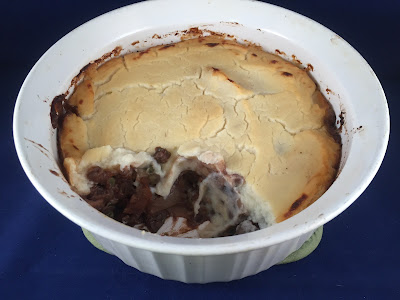 And I did! The portions on this diet are HUGE! I halved the recipe to make two servings and it totally filled this 6-inch casserole dish. And the pie is pretty deep. I ate half of the casserole tonight, and I'll have the other half later on this week. 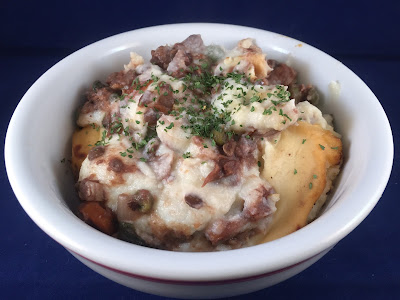 That's it for Day 16! I'm hoping that I get to run early in the morning, but the weather is calling for rain. And while I love running in warm rain, I'm not a fan of running 20-degree rain.
Posted by Bianca at 10:25 PM

Everything I've seen you eat so far on this cleanse has looked amazing! The sheperd's pie at the end made my mouth water!

Oooh that Chipotle knock off salad! I'm currently doing a pantry challenge and I need to evaluate what recipes I can pull off with what I have. It all looks so good. I still really want to make that warm spinach artichoke dip. I may be able to swing that :)

This looks absolutely fantastic….
I'm glad that i'm visiting your blog page, it gives me a lot healthy recipes.!!

Everything from this diet looks amazing!

Also shout out to another Yoga Camper! I decided to do this year to get into yoga, but I didn't really get to do a yoga exercise each day so I am little behind.

Jennifer, I'm only doing Yoga Camp on my non-running days, so I'm way behind. I think I'm on Day 8! Haha!

The cauliflower mash on top of the pie was so delicious, I could just make a batch and drink it!

Bianca- you made me feel a little better (on day 12) though you didn't skip a day because you were hungover and the thought of downward dog wanted to make you vomit. lol. I learned my lesson at least XD