In addition to offering loads of vegan products at bargain prices (think Groupon for vegan treats), Vegan Cuts has begun offering subscriptions for snack boxes loaded with samples of products they offer. For just $19 a month, you can get a cute ass little box of awesome delivered straight to your door. My sample box arrived a few weeks ago. Look at what was inside! 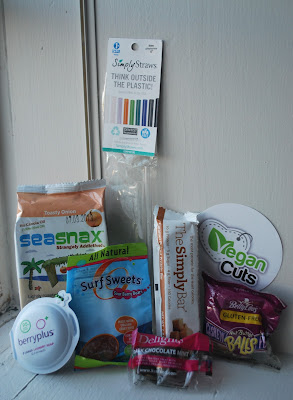 I received this package at the office, and after I snapped this shot, I immediately ripped open the Surf Sweet gummy bears. These were the perfect mid-afternoon pick-me-up. Plus, they're loaded with Vitamin C. Healthy gummy bears! 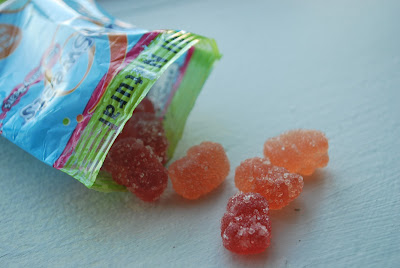 Next, I tried the Delights treat. It was all raw and super healthy, but it didn't taste like health food. More like a tasty, minty brownie bite: 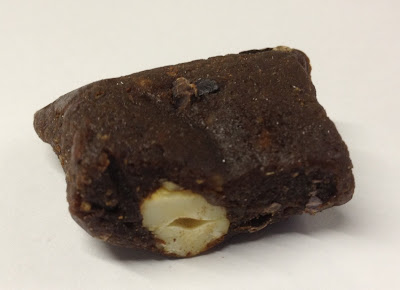 I ate the Cashew Pecan Ball before a morning run this week. I've had these before, and they are just so perfect. Betty Lou's does a snack right, y'all. Just the right amount of cashew butter and nuts. Not too sweet. Not too health food-tasting: 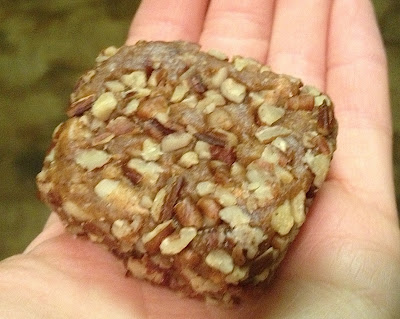 I loved the Seasnax! I often keep little snack packages of seaweed on my desk for light mid-morning snackin', but the kind I buy at the Asian market doesn't come in flavors. These sheets had a slight onion salt flavor. Like potato chips, but totally not. Bonus: This whole package only contains 14 calories! 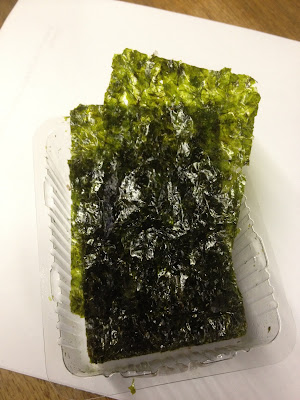 I wasn't so sure about the Berry Plus laundry soap. We have an HE washing machine, and nowhere on the sample package did it say this stuff was okay to use in an HE machine. But I googled it and found out Berry Plus is made from all-natural soap nuts, which have a low sudsy factor. So they're safe to use in HE machines. This tiny vial of soap contains one teaspoon of detergent, and yet, it made a whole big load of laundry smell so fresh and so clean: 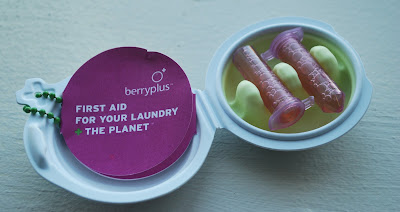 I've not yet eaten the Simply Bar, but it's on the list for tomorrow morning's pre-workout snack. Also, I'm super stoked about the Simply Straw. I broke my last two glass straws (sigh), so it'll be nice to have a new one for my occasional pre-run smoothies.

Vegan Cuts is now taking orders for the December snack box! Get over there and order one for yourself (or as a Christmas gift for someone else!).

I just bought your book by the way. Was very excited to see it was finally out. It arrived last week, so I'm excited to cook from it this weekend! :)

Your box looks better than the one I reviewed. I got lots of great stuff but also some questionable spirulina bars that I was just not evolved enough to appreciate. It is a great service!

How often do you get a snack box per month?

I got mine a few days ago too! But mine didn't have the pecan ball inside :( @VeganCuts - what happened?!

Man, i wish they were shipping overseas. Everything makes me drool :')

Lesley, there's definitely less stuff in the Vegan Cuts box than the Healthy Surprise one, and it's smaller versions. But the quality of stuff, I thought was equally awesome ... just less of it.

I got this same box except that the in mine, the Delights treat (the mint chocolate thing) was just an empty wrapper with nothing in it. And there was no Cashew Pecan Ball at all. I wrote to them about the empty wrapper I got, and also to cancel because that didn't seem worth $19 (it would have, I think, with the Cashew Pecan Ball and the Delights treat), but I had already paid for two months worth. They said they'd send me the missing item (I only knew about the one missing item, not two), and I don't know if the next month's box has gone out yet, but I haven't gotten one. Sadface, right? This just started though, so maybe I'll rejoin later.