We had the second No Meat Meet-up Vegan Potluck at the cafe at Crosstown Arts yesterday! This new monthly vegan potluck is held at the cafe where I work. The cafe used to serve vegan/vegetarian lunch and dinner to the public, but now they only serve vegan pastries and coffee (the cafe staff still creates delicious vegan and vegetarian meals for our resident artists). To keep the space alive with vegan food, I'm organizing a monthly vegan potluck in the space.

The first one was in September, and the turnout blew me away. So many new faces! This October potluck was much smaller (as second events typically are), but we still had plenty of yummy food and great conversation. I made the event Halloween-themed and encouraged people to bring fall/Halloween foods, if possible.

I made these Bloody Eyeballs (aka Stuffed Mushrooms) from Vegan Yack Attack! They're stuffed with tofu ricotta with sundried tomatoes (for bloody veins) and black olives (for pupils). 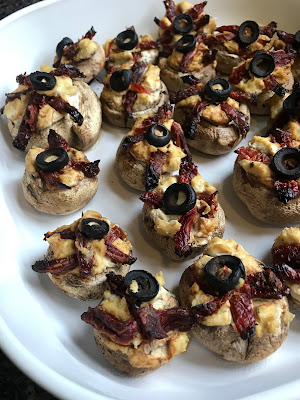 Clarita & James brought some amazing Three Sisters Stew with winter squash. It's meals like this that get me excited about fall (and y'all know I'm a summer girl!). 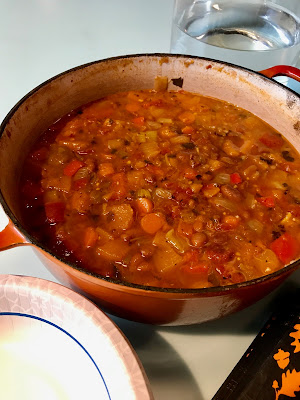 Steven brought a giant skillet filled with Vegan Chili-Topped Baked Potatoes. He brought some Vegan Valley cashew cheese sauce to use as a topping. Very yummy! 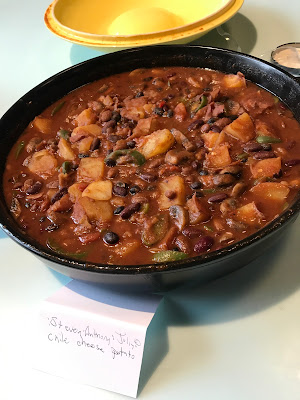 Leslie and Steven (a different Steven) brought a fantastic Mock Chicken Salad with Pita. I could have eaten this entire bowl. It was SO GOOD. 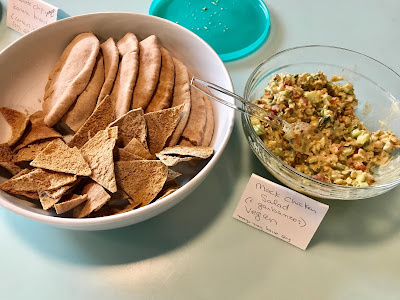 Shay made Baked Ziti with a homemade tofu ricotta. Shay is a master at pizza and pasta dishes, and this was so perfect on a chilly fall day. 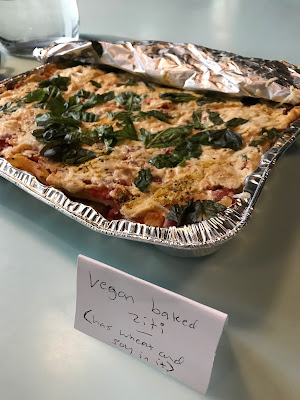 Shay also brought some Chocolate Chip Banana Bread. Shay often brings some sort of sweet bread to potlucks, so it's kind of her specialty. It's so soft and really hits the spot! 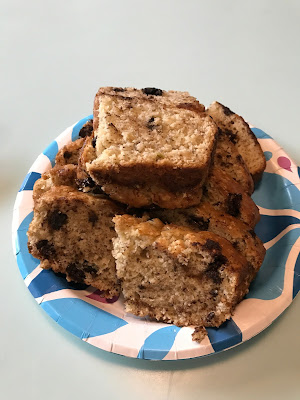 And I made a Vegan Pumpkin Spice Latte Cake! This was a Chloe Coscarelli recipe from the Holiday issue of VegNews, and it was AMAZING. Will definitely make this again! The batter had pumpkin puree in it, making it super-moist, and the creamy frosting is spiked with coffee. I'm so glad I have a couple slices left to enjoy this week. 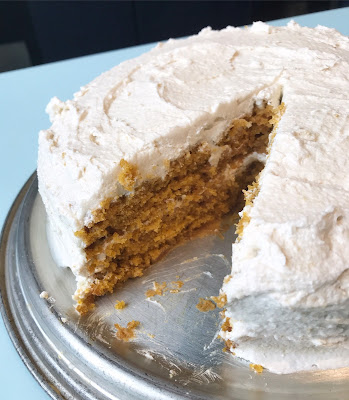 Memphis folks, we're skipping the November No Meat Meet-up because some local vegans have organized a potluck at their house on the last Sunday of the month. But we'll be back in December!
Posted by Bianca at 6:00 PM

Yum, it all looks so delicious!!
That's a gorgeous cake you made! I always struggle making the frosting look pretty!