Gosh, I wish the Fourth of July would always fall on a Saturday! Our office closed Friday, so I got a three-day weekend, and I got to stay out as late as I wanted on the night of the Fourth. We had lots of fun! And of course, it all started with food.

We pulled out our cheap-o grill and fired it up. And then I loaded it with veggie burgers and fresh veggies. Here's Paul and I (and Datsun) waiting for the food to finish cooking. Paul set the timer on his phone. 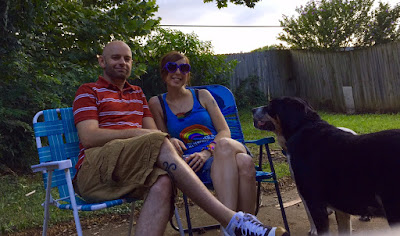 We grilled Beyond Meat Beast Burgers, Corn on the Cob with Miso Butter, Zucchini and Summer Squash. 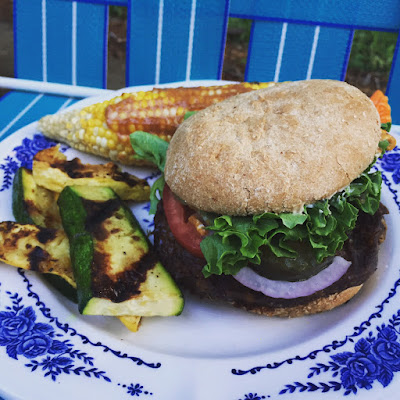 Paul also grilled some non-vegan brats. But he had a Beyond Meat burger too. Have y'all had these yet? THEY. ARE. SO. GOOD. They're meaty and juicy and have a great char-grilled flavor. My only complaint is that they're way too pricey. My Whole Foods charges about $6.50 a box, and a box only contains two burgers. I'd been wanting to try these for awhile, but I couldn't bring myself to pay that much. And then Whole Foods ran them on sell for $4.50, which is still too much for two burgers. But I figured I'd never get to try them if I didn't grab them on-sale.

Here's a close-up of the burger. I topped mine with tomato, red onion, lettuce, sriracha mustard, garlic pickles, and garlic aioli. 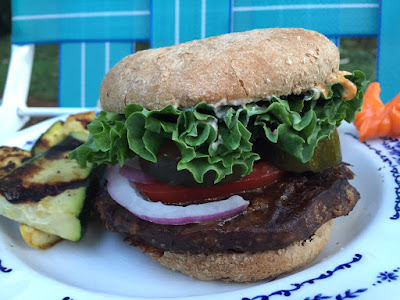 After dinner, we went downtown to Butler Park to watch the Mud Island fireworks show from the river bluffs. We do that every year because they put on such a great show. And then we went back home for dessert! I bought this Daiya Strawberry Cheezecake about a month ago, but I was waiting for the right time to open it. Fourth of July seemed as good a time as any! 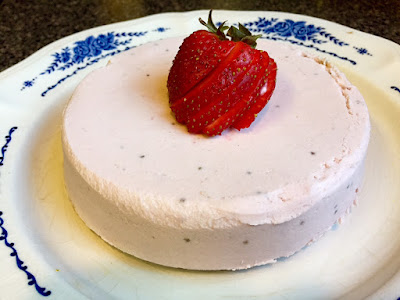 I topped my slice with So Delicious CocoWhip and a fresh strawberry! 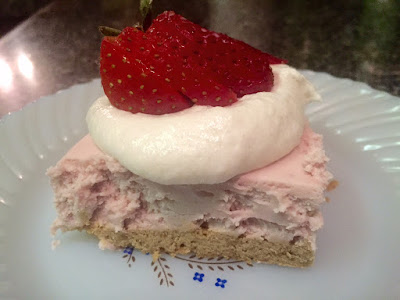 I was so impressed with this cheezecake! It tasted just like I remember from my pre-vegan days. The graham cracker crust was just perfect.

After dessert, we went to an empty parking lot by our house to light off our own fireworks. I don't like to spend much on fireworks because it seems like such a waste of money, but we had some semi-decent fireworks. Mostly roman candles and sparklers though. And bottle rockets. Paul loves bottle rockets. Here's a very blurry pic of Paul attempting to jump over a shower of sparks. Because he's crazy. 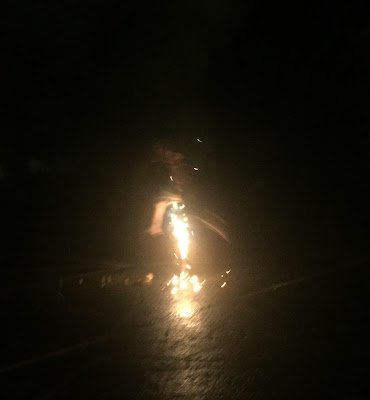 After our fireworks, we headed back downtown for a DJ party at The Five Spot in the South Main Arts District. DJ Stacy Kidd was spinning some good old-fashioned house music. After the show, we went to the after-party at Dave Silver's (the party's promoter) loft, and I met Stacy Kidd! 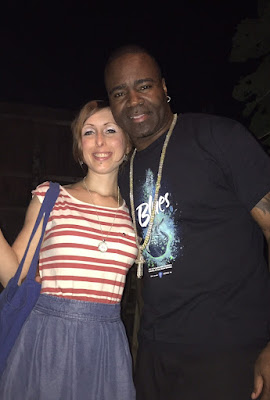 We were supposed to hit up another party too, but we just didn't make it. Too many parties, so little time!
Posted by Bianca at 10:20 PM

Sounds like a great day. I've never had Beyond Meat, but now there is a Daiya pizza with some Beyond Meat product available in Canada, and I'm planning to buy one this week.

I sampled the cheesecake at a food fair in March and it is so delicious! Unfortunately, I have yet to find it at the store.