My home away from home — Imagine Vegan Cafe — typically has some sort of Halloween/fall party. It often involves a buffet of savory apps, like dogs in blankets, quesadillas, a nacho or taco bar, and other treats. But this year, for their Fall-O-Ween party, they went all out with dessert buffet. That's right. A buffet of sweets. Not a single savory item in the spread! 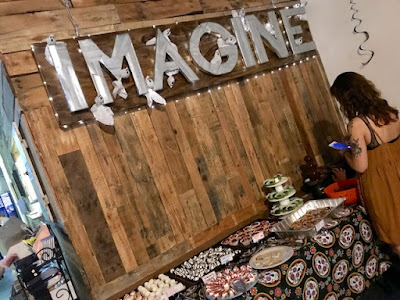 I typically prefer savory over sweet, but I do love a good pie slice or a cupcake. And more than anything, I just adore gluttony. The thought of eating until I pop makes me giddy. So course, I bought a ticket! For $20, you got unlimited access to the dessert and unlimited beer. My friend/brunch bitch Megan joined me. 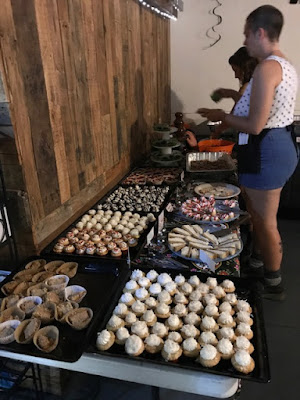 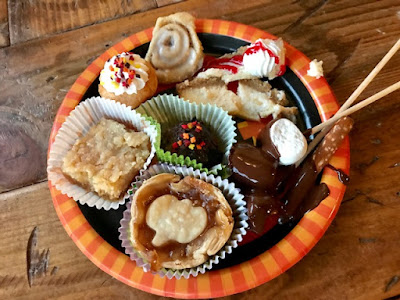 And my second plate (the pudding/cobbler/brownie plate — they don't photograph well)! 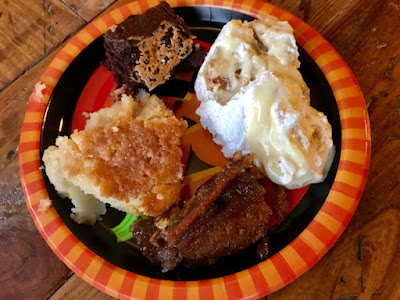 Whew. This was insane, y'all! Here's what was on offer. All manner of mini cupcakes — coconut, lemon, orange dreamsicle, and chocolate. I went with orange dreamsicle but skipped the rest because there was so much more to try. 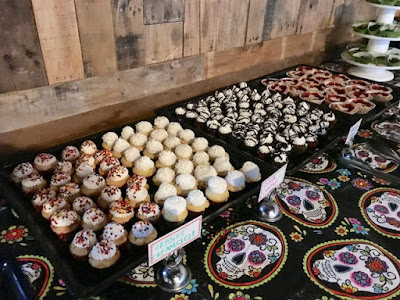 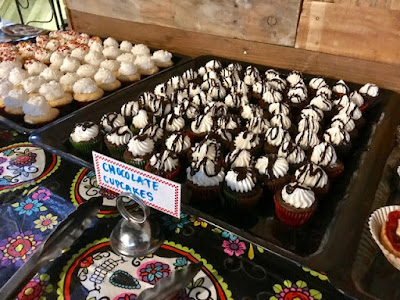 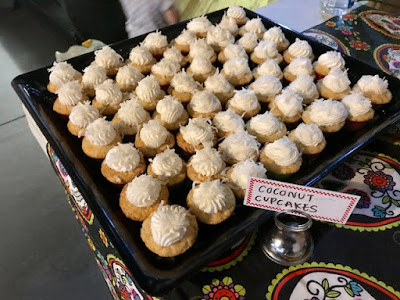 There were also tiny cheesecake slivers and cinnamon bun cookies. Plus, one of my favorite desserts — chess bars!! These are ooey, gooey, sweet butter bars. 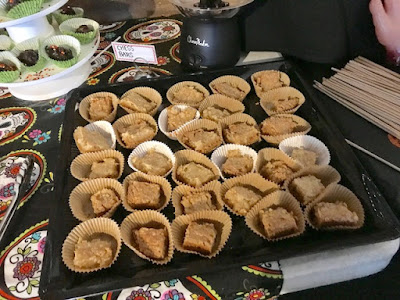 There were mini apple pies and mini cherry pies. I chose apple. 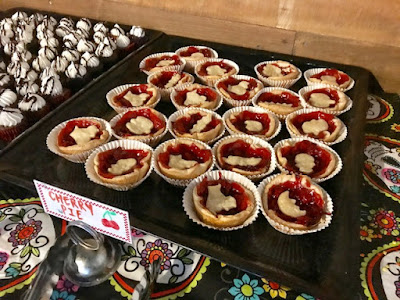 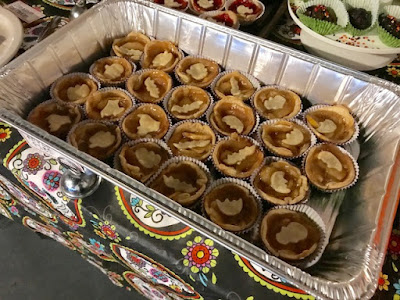 These cake balls were one of Megan's faves. They were so good! 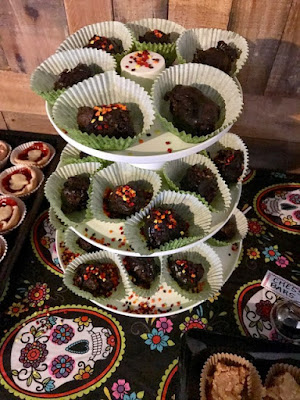 My fave thing was the banana puddin'!! It's on the left here with the whipped cream on top. Under that was a layer of banana puddin' and vegan wafer cookies. Beside that were the Bianca Brownies (named after me!) that they typically serve in their Bianca Brownie dessert (PB chocolate brownies topped with vegan soft serve and chocolate syrup). And on the right was a warm, comfy peach cobbler. There was also a (not pictured) awesome homemade graham cracker toffee with pecans! 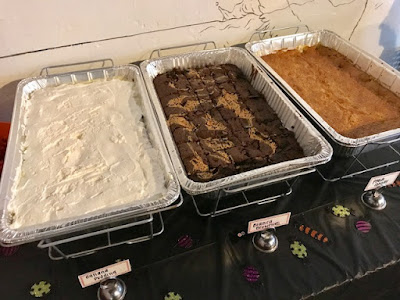 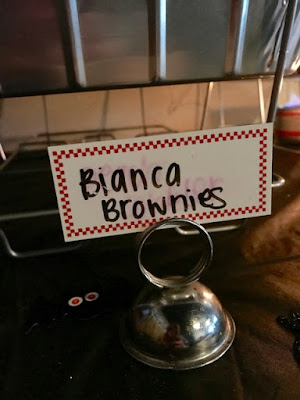 The most exciting thing, though, was the chocolate fountain! I've never experienced a chocolate fountain because they're never vegan when I see them at events. They had Dandies vegan marshmallows, strawberries, and pretzel rods for dipping. 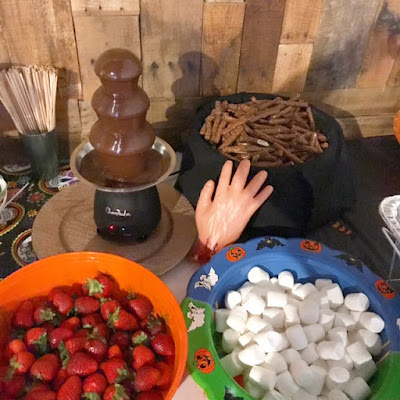 I finished both of my plates, plus a Ghost River Golden Ale. 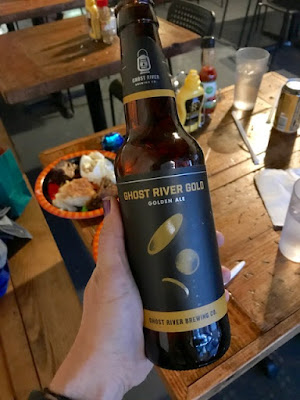 But after that, I was pretty much in a sugar coma. I was craving something salty, but I was also too full to eat another bite. So I just went home and went to bed early. Ha! This morning, I had green juice from Juice Bar and a homemade tofu scramble in lieu of my usual post-run smoothie. I just couldn't handle anything sweet today. I may have reached my sugar quota for the month!
Posted by Bianca at 9:00 PM

OMG yes!!! A dessert buffet is definitely my kind of buffet. Everything looks so delicious!!

I have a sugar coma just looking at that table! Looks delicious though!

That is the best idea Imagine Cafe ever had!! What a wonderful variety of vegan desserts, i would have just eaten until my tummy hurt... chess bars and the whipped cream (no bananas) would be my first picks. The tofu scramble sounds like a good antidote.
Ttrockwood

That is amazing, and also very sugar coma inducing. But sometimes, you just have to go for it. I especially want those puddings and those cherry pies!

This looks all kinds of intense and brilliant! I'd have been all over the chocolate fountain, me and Nick had one at our wedding and we had Dandies, fruit and chopped Go Max candy bar bites for dipping. So good!!

That beer label looks so pretty! I mean, the other stuff looks AWESOME! But I think I got a tummy ache at the end from looking at so many sweets lol.