I made it through my final weekend on the Choosing Raw Challenge!! For 21 days in January, I'm eating a whole foods-based, mostly raw diet using recipes from Gena Hamshaw's Choosing Raw cookbook. It ends this coming Thursday, so this was the last weekend. Weekends are definitely the toughest, but I did have a couple of indulgences this weekend. 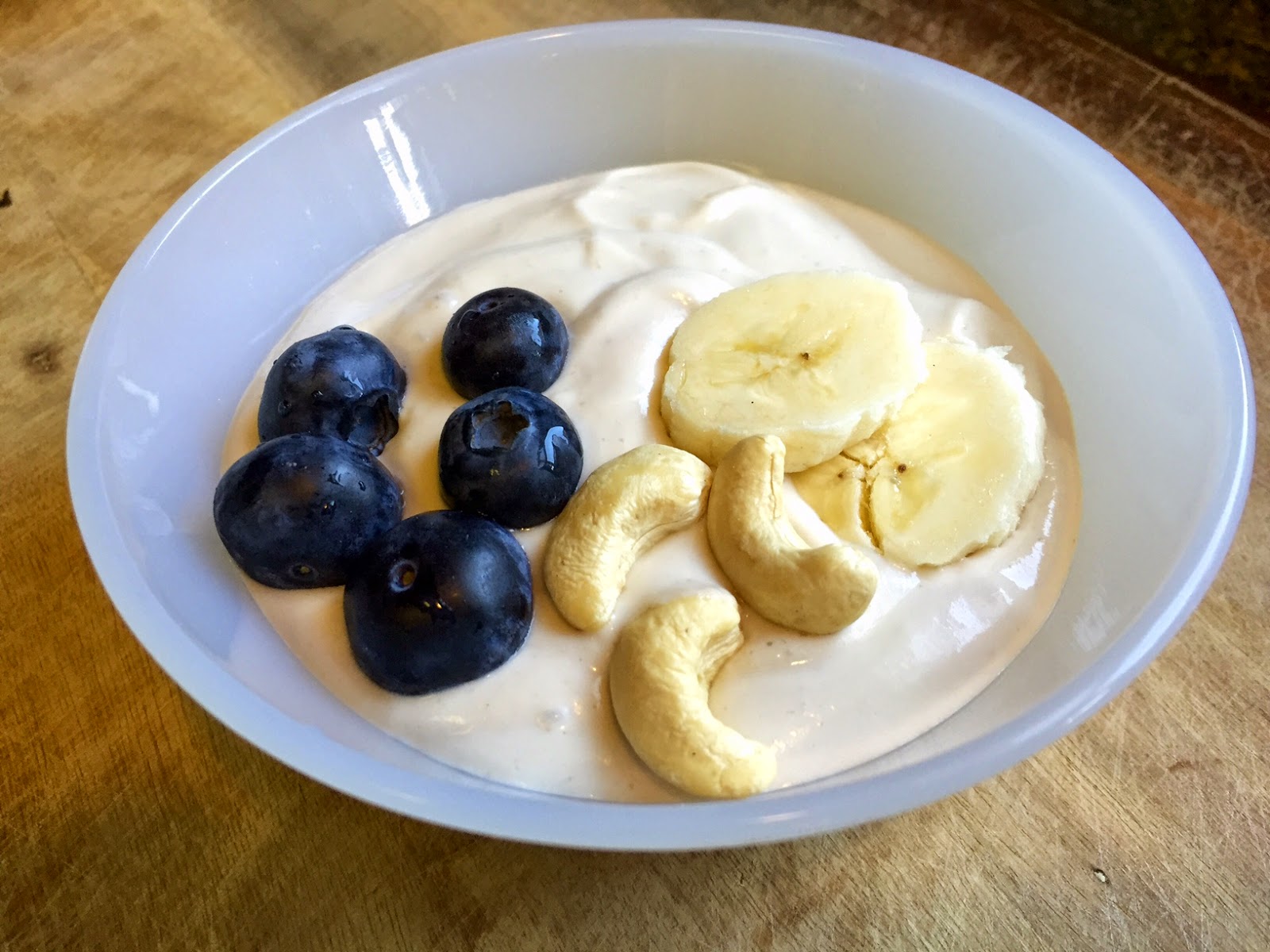 LOVE THIS RECIPE! It's so simple (and you can find it here). Soaked cashews, banana, lemon juice, coconut water, and probiotic powder. That's it! It's thick and creamy like Greek yogurt but totally raw! Of course, I added more blueberries before I sat down to eat this! 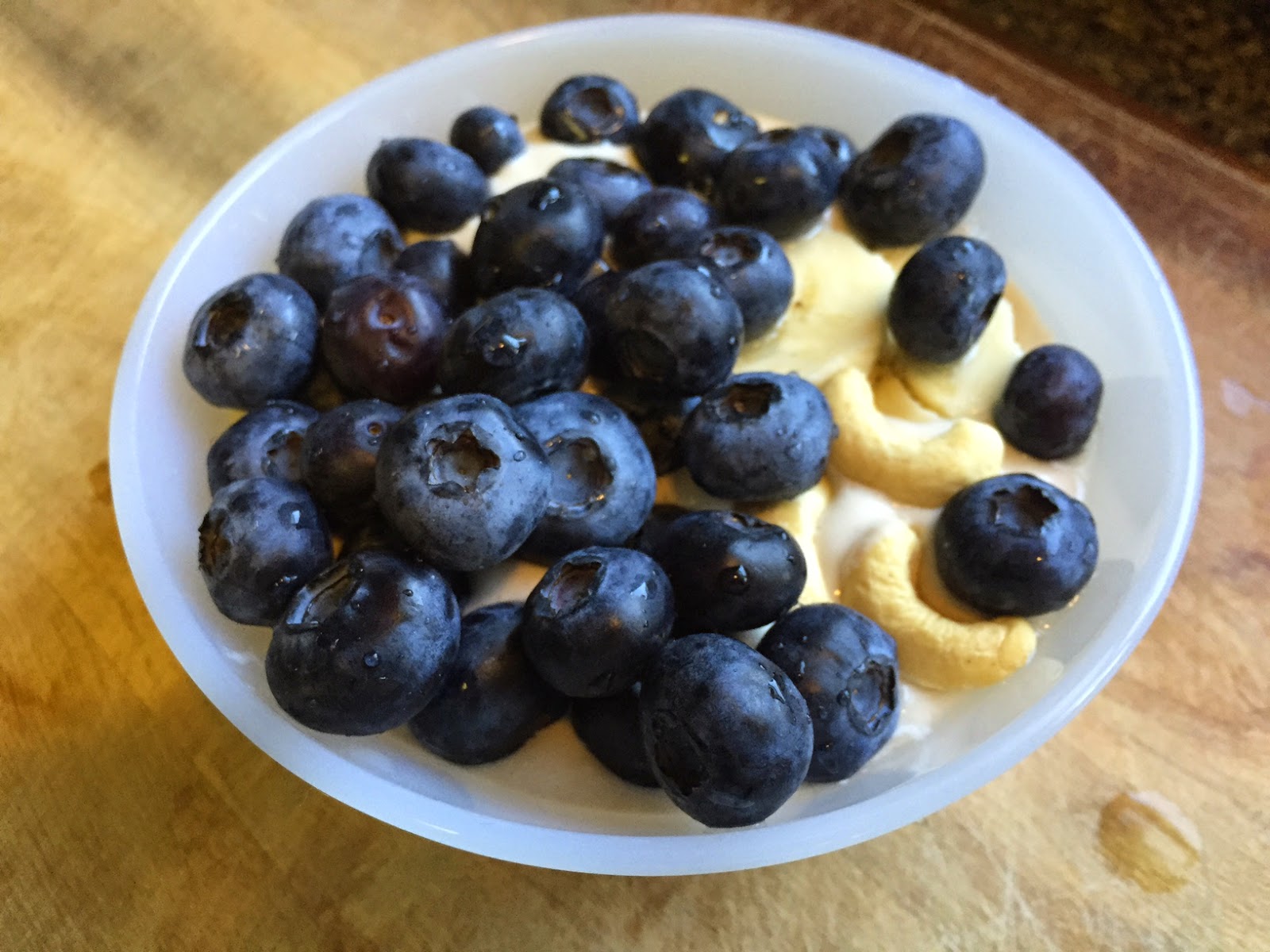 My afternoon snack was Cheesy Kale Chips!! These were SUPER cheesy. Kale is massaged with a cashew-pepper-nooch sauce and then dehydrated for a few hours. I really outta make kale chips all the time. They're so cheap and easy to make, but they're so expensive to purchase in a store. 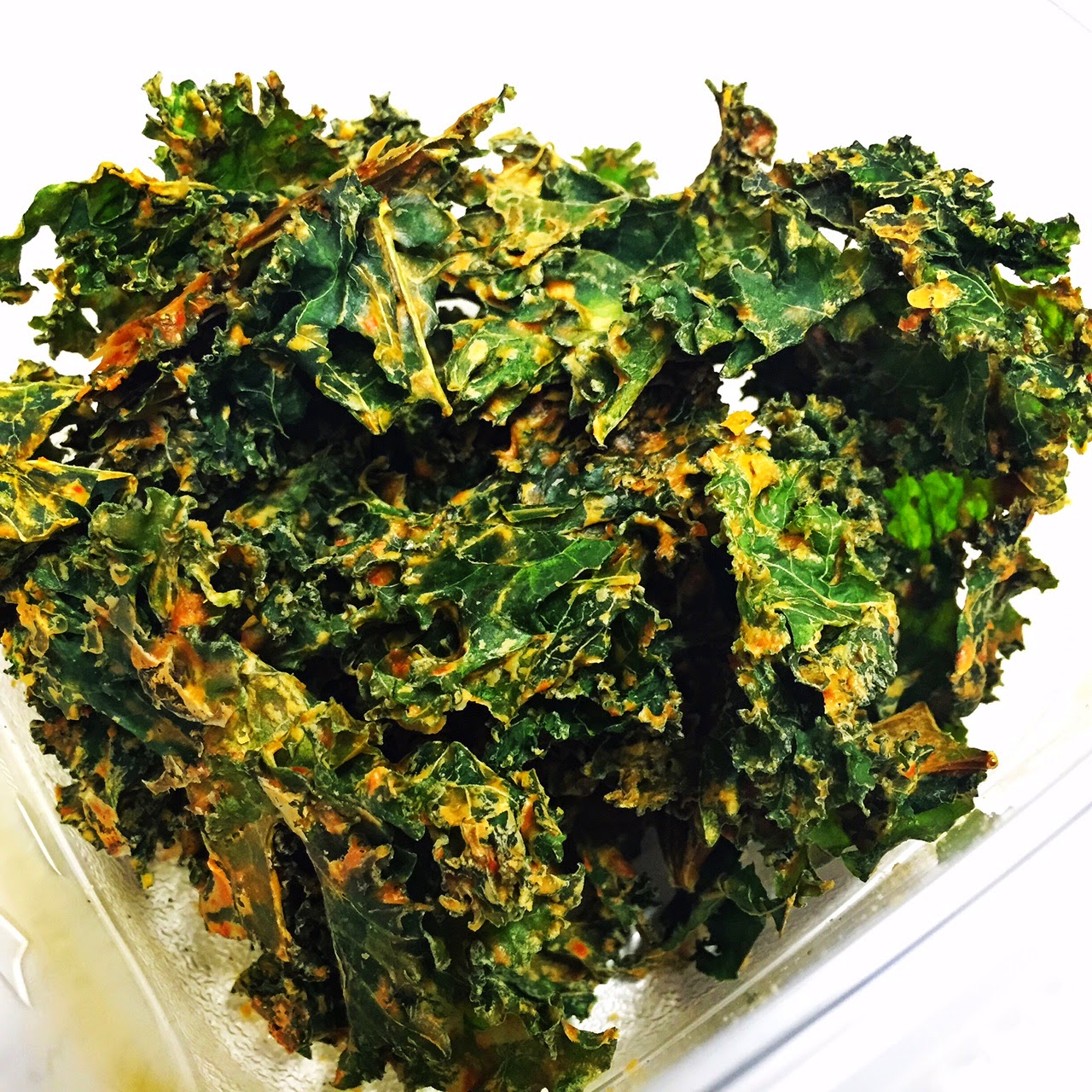 Dinner was a nice, warm cooked meal. On these cold winter nights, I appreciate when I get to eat cooked food! This was Red Lentil, Sweet Potato, and Coconut Curry. 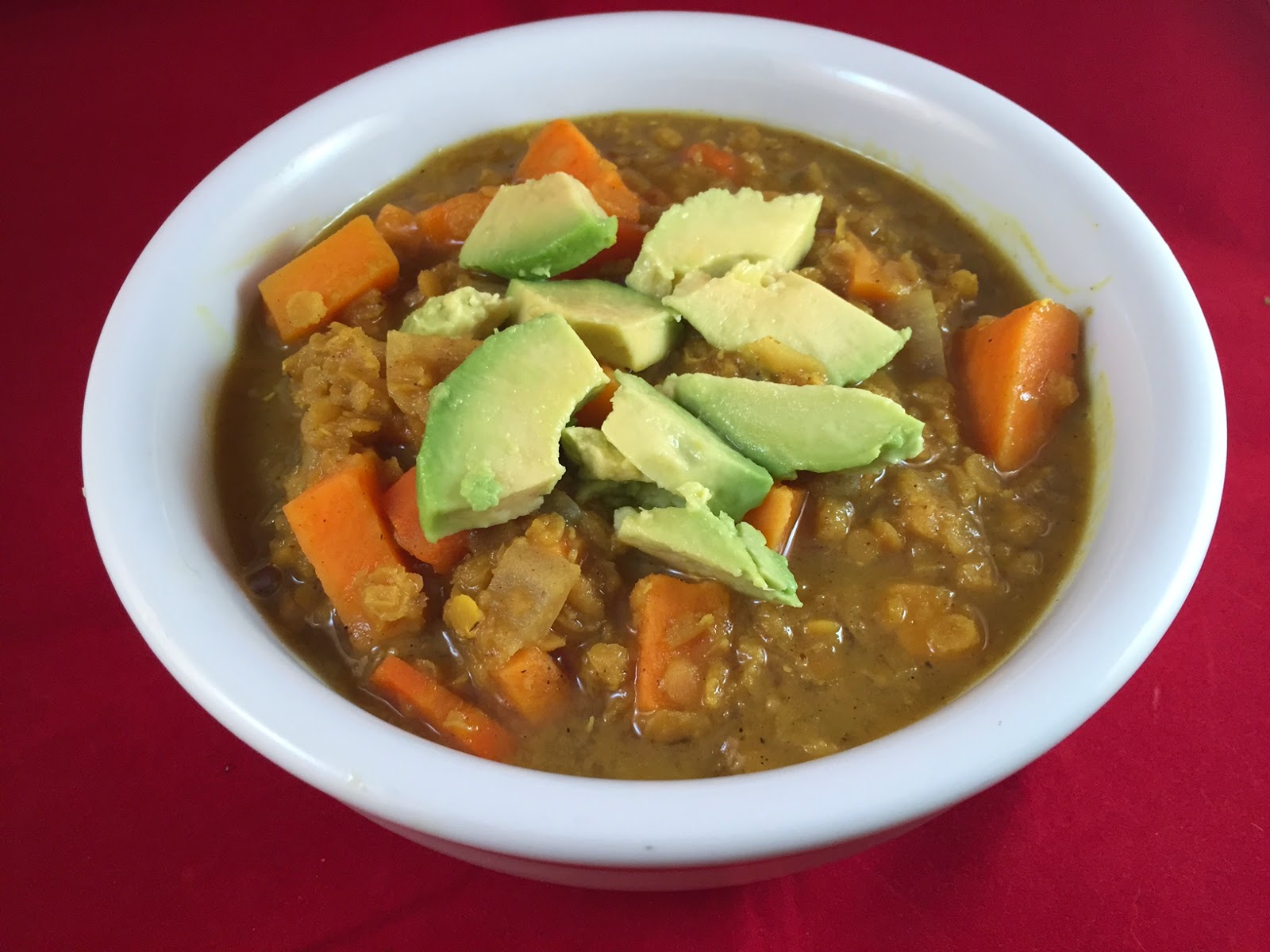 On the side, I had some Steamed Beets, which I drizzled with fresh orange juice, salt, and pepper. 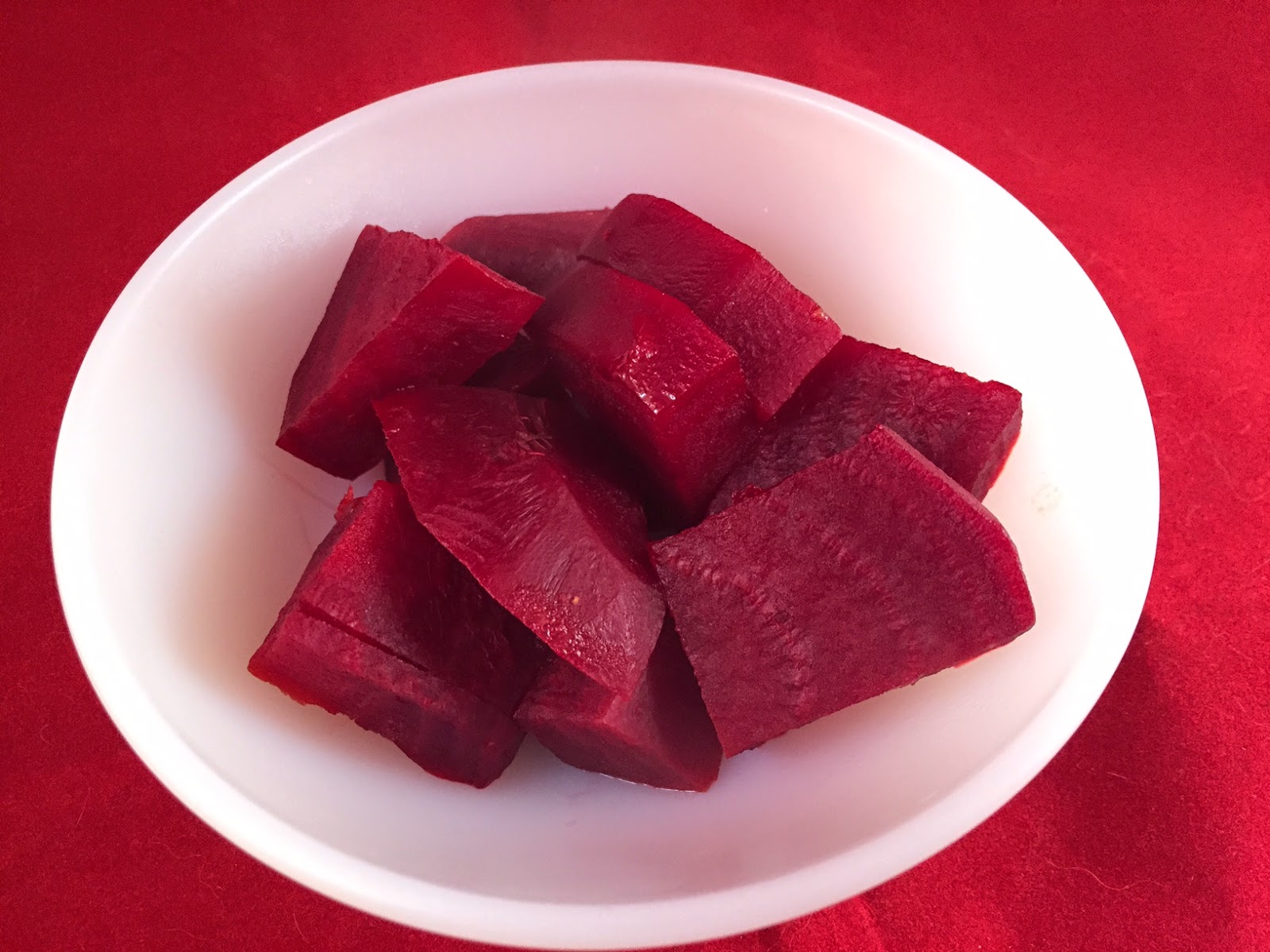 OMG, my dessert was the BEST!! Definitely the best dessert I've had on the Choosing Raw Challenge — Cherry Vanilla Tahini Ice Cream! Basically, you make banana soft-serve but with frozen cherries and tahini. So creamy. And loved the sesame seed topping. 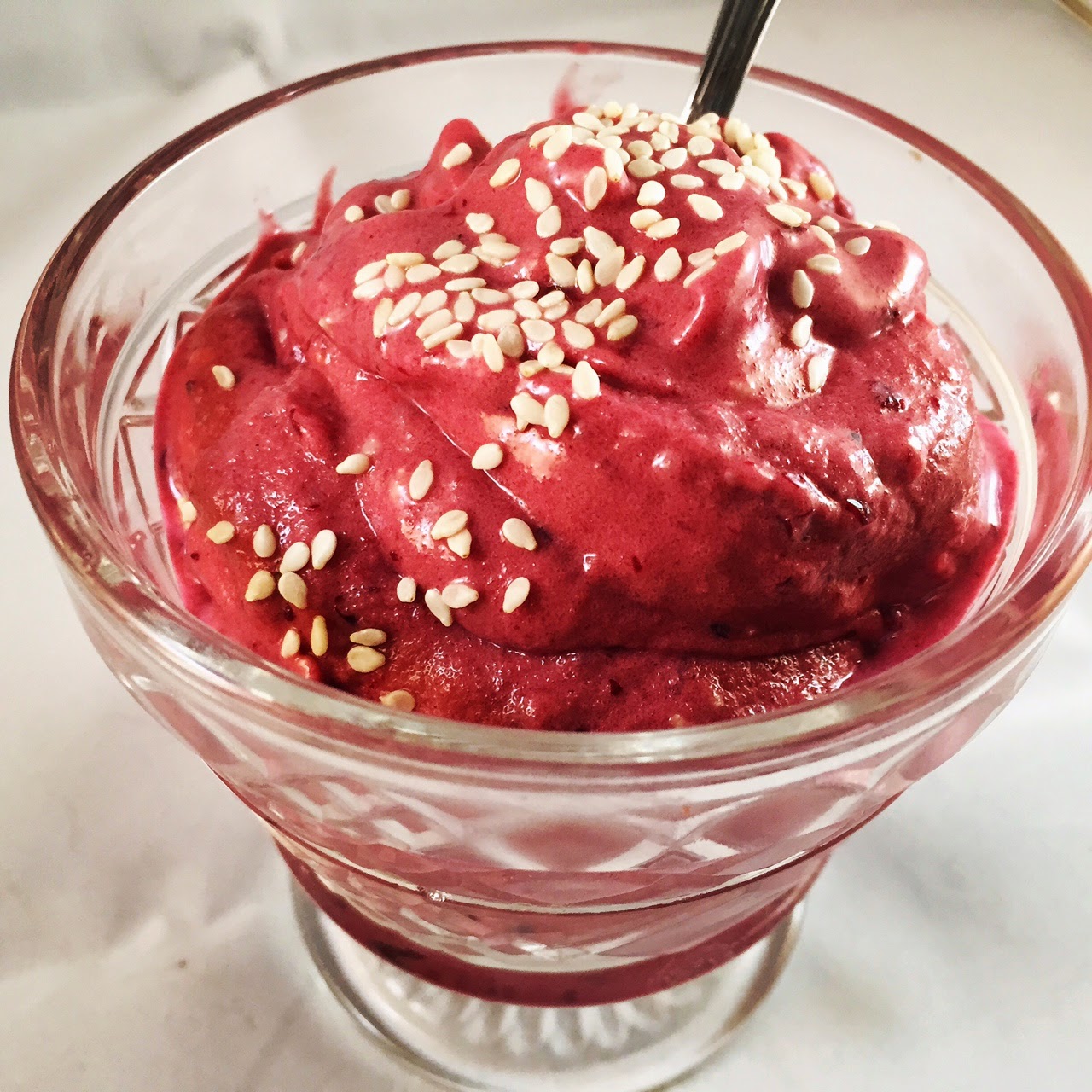 On Saturday morning, I woke up early, ate a quick Nii raw fruit and nut bar (review coming soon!), and went on an 8-mile run. When I got done, I had a Cherry Vanilla Protein Smoothie made with French Vanilla Vega One, frozen cherries, bananas, and cashew milk. This is one of my go-to smoothies. Definitely a classic. 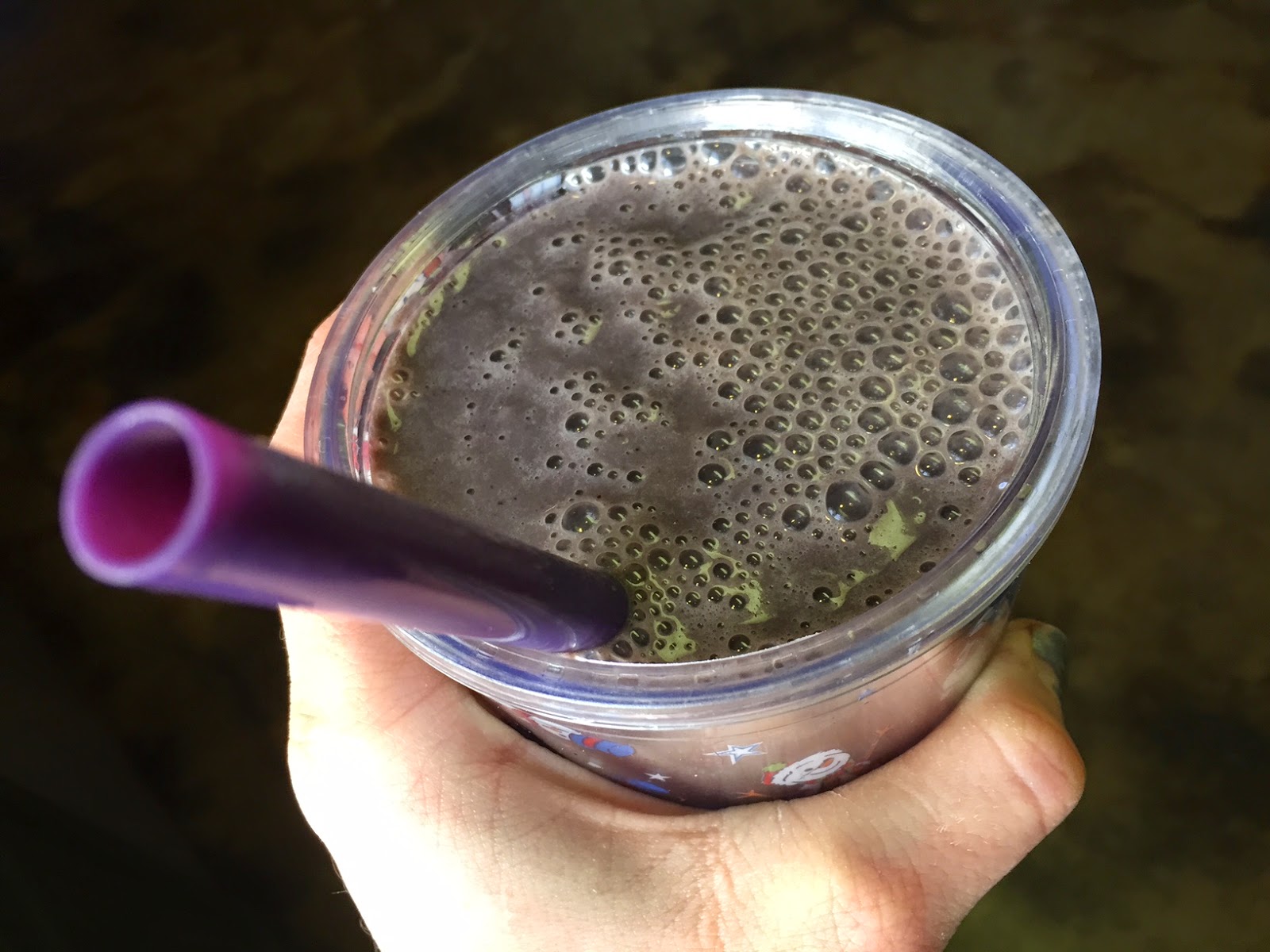 I skipped my morning snack since I didn't really have time for it. But my lunch was leftover Red Lentil, Sweet Potato, and Coconut Curry with a Side Salad. 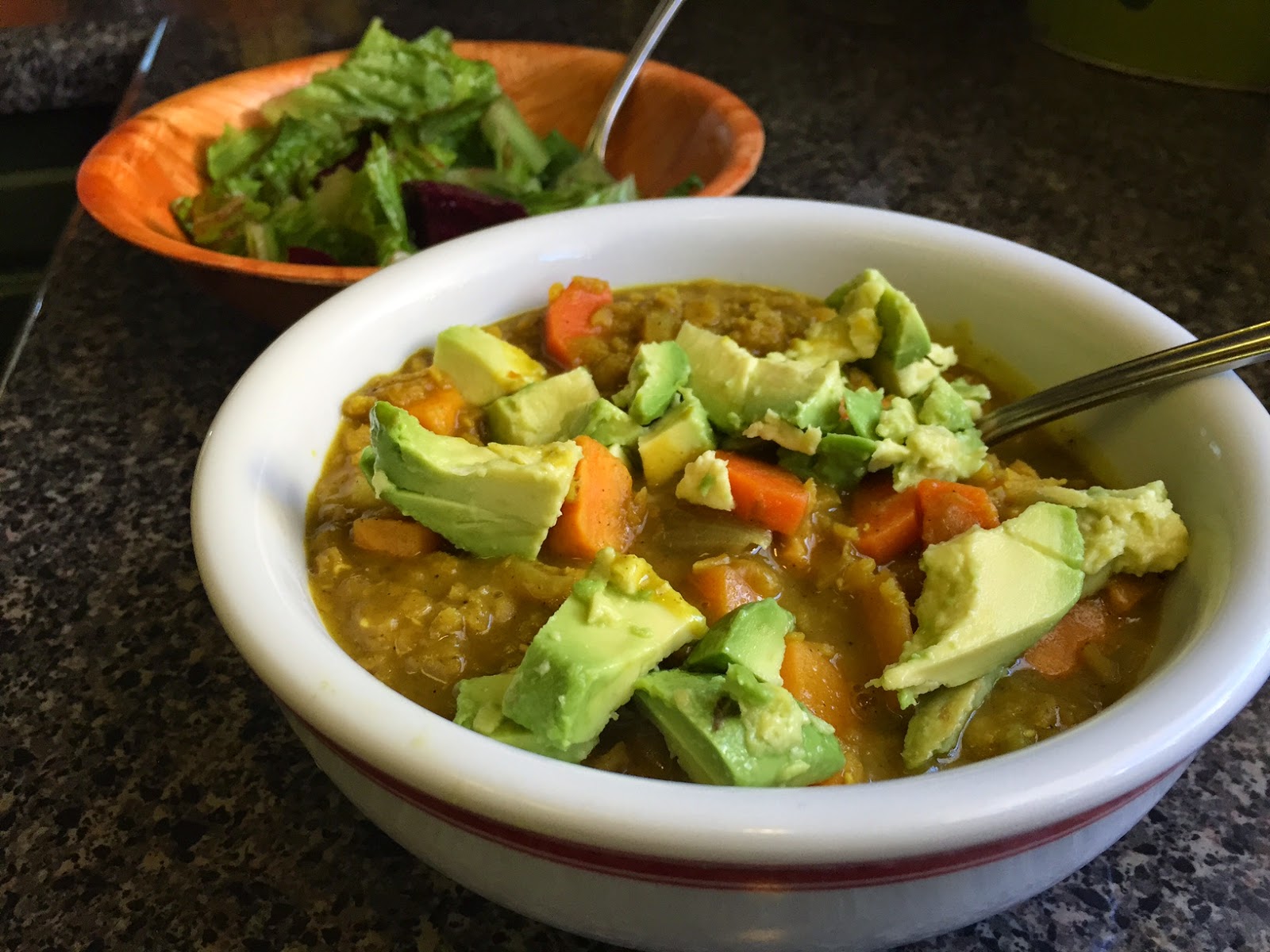 After lunch, I got to do something super-fun! A couple of new vegans — Samantha and Kory — found me online awhile back, and they asked if I'd come over and do a personal cooking class in Kory's kitchen. While I've done plenty of demos at events, I'd never done a lesson at someone's house. But it sounded fun! And it was! Here's Kory and Sam. 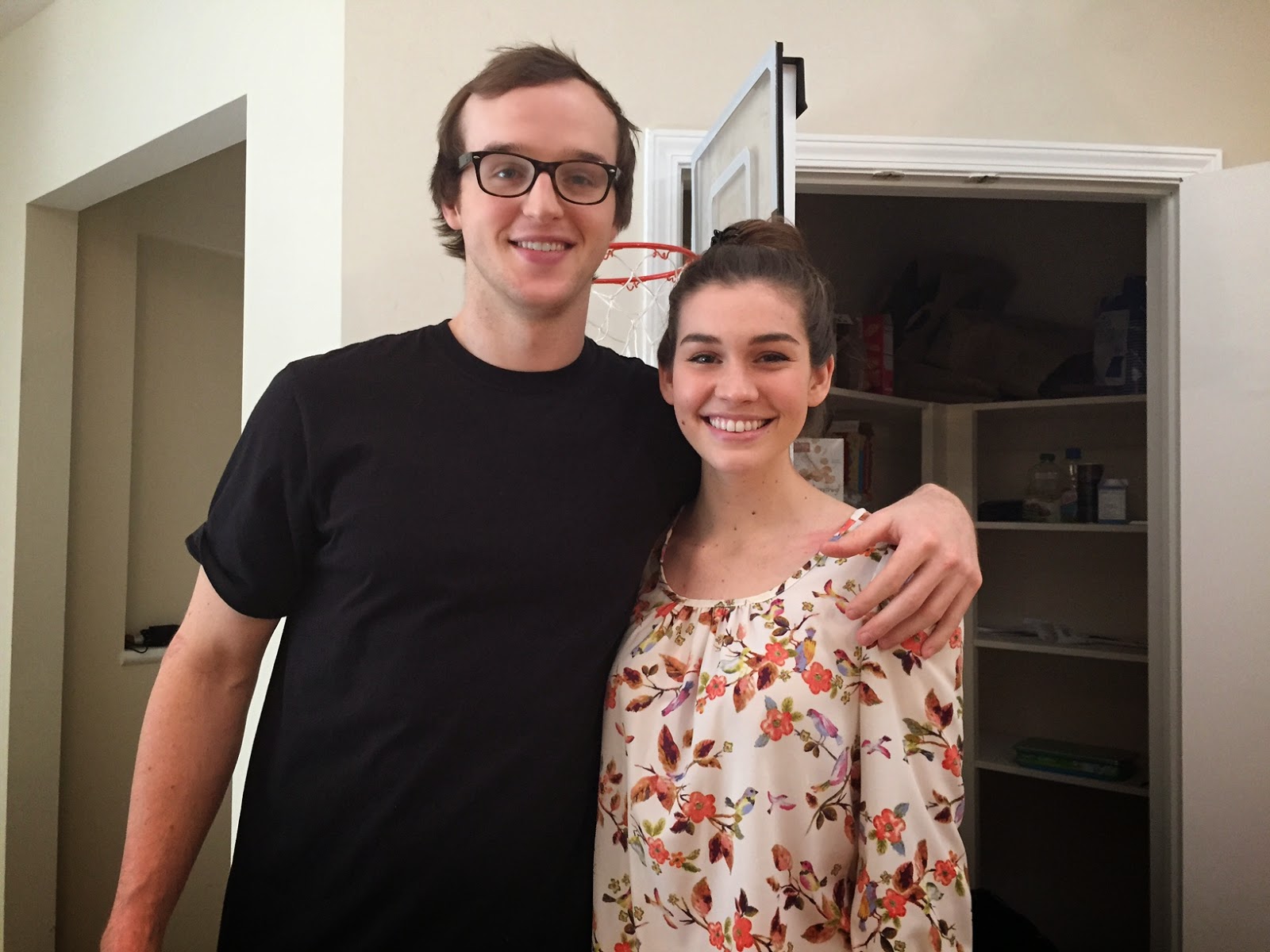 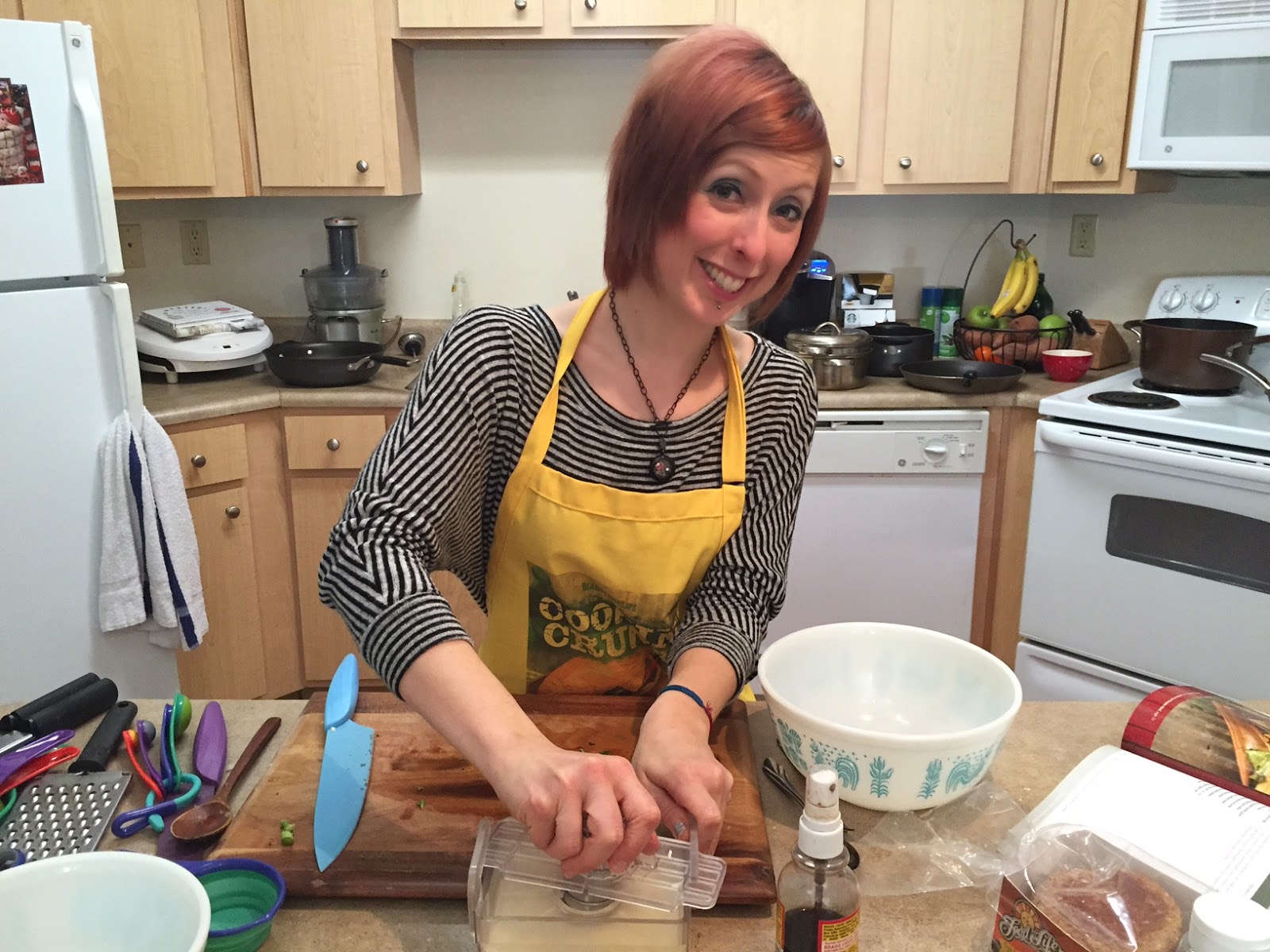 After our class, I headed home to get started on my own dinner — Mesquite Glazed Tempeh, Massaged Kale Salad, and Red Quinoa. I didn't have the mesquite powder called for in Gena's recipe, so I subbed smoked paprika. The baked tempeh was so flavorful, a perfect complement to the cold kale salad. 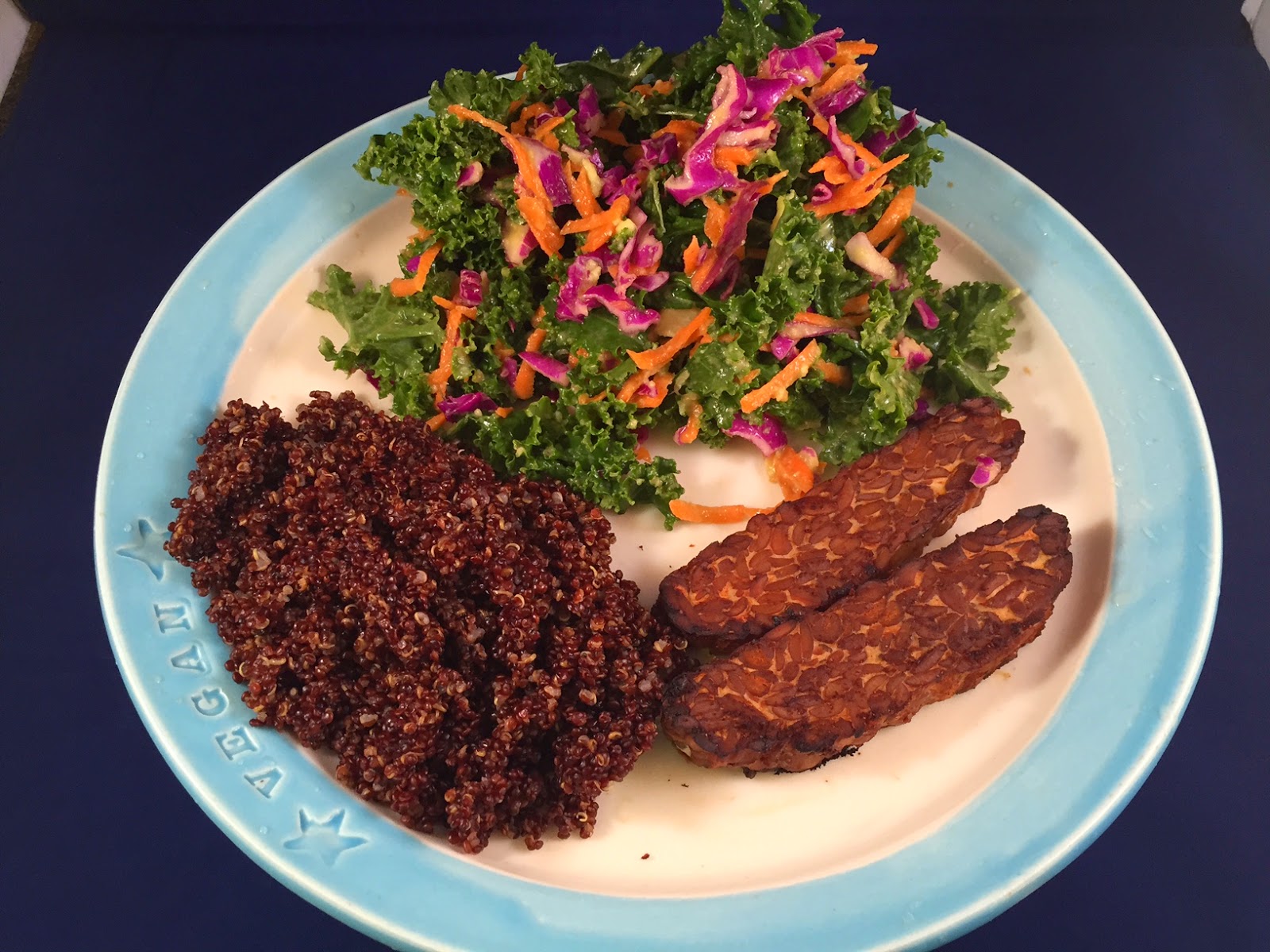 Dessert was a square of Raw Chocolate Ganache, which I enjoyed with a glass of red wine! I said from the beginning that I would allow red wine on my reset diet, but I actually hadn't had any until then. And damn, that was a great glass of wine!

On Sunday morning, I lounged in my PJs and watched Homeland on Netflix, while munching on this Banana Breakfast Wrap — banana, almond butter and bee-free honee wrapped up in a lettuce leaf. Sounds weird, but as Gena points out in the book, it's basically a deconstructed green smoothie, right? 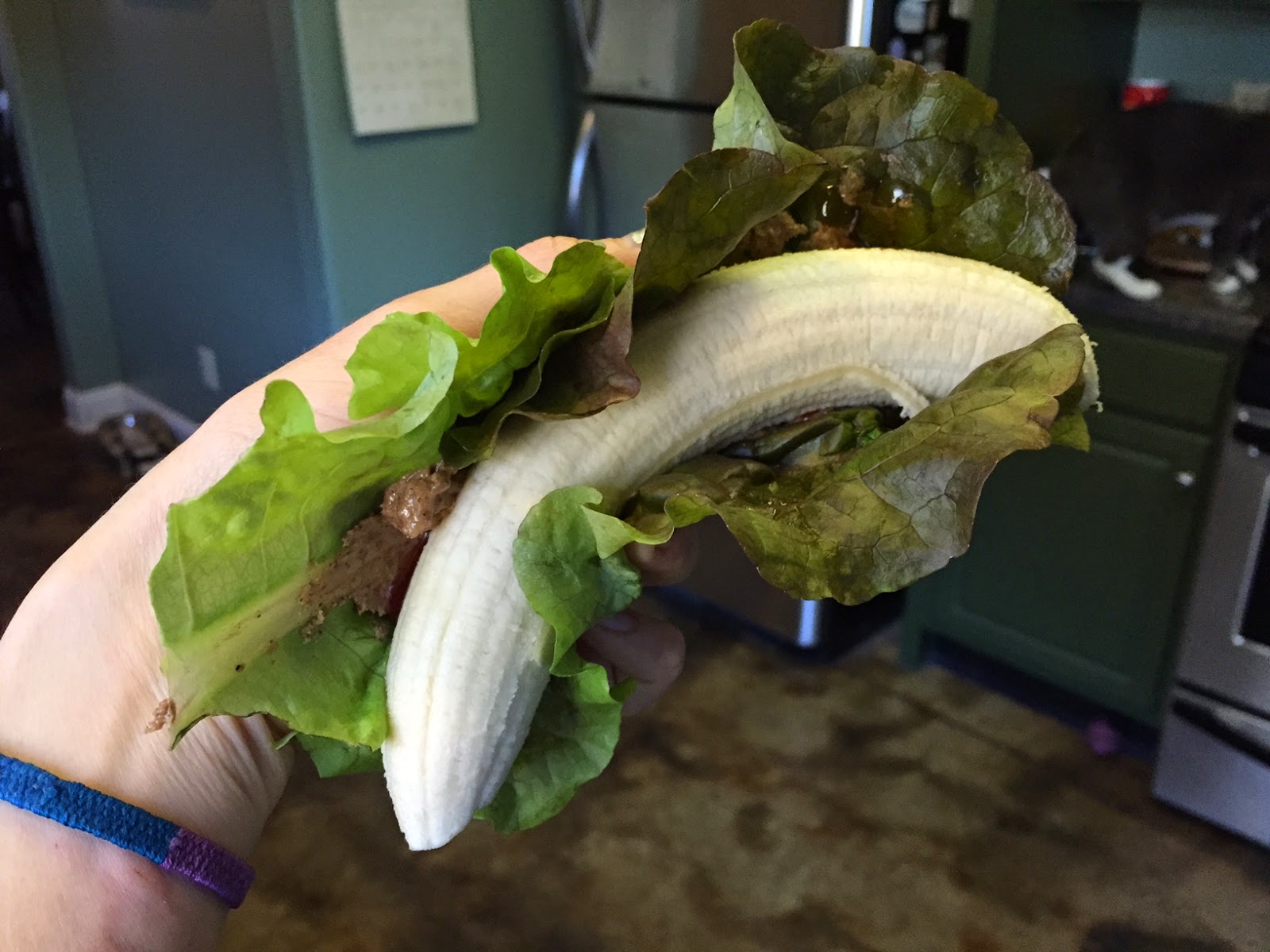 I skipped morning snack again since I slept in. But I went to brunch at Imagine with Pam and Cassi at 11 a.m. I brought homemade Ginger Almond Nori Rolls for me and Pam (she's doing Choosing Raw too), and we both ordered side salads. I had mine with Imagine's vegan honey mustard dressing. The nori rolls were yummy, but I am so ready for brunch at Imagine next weekend because I'm ordering pizza and pie. No joke. 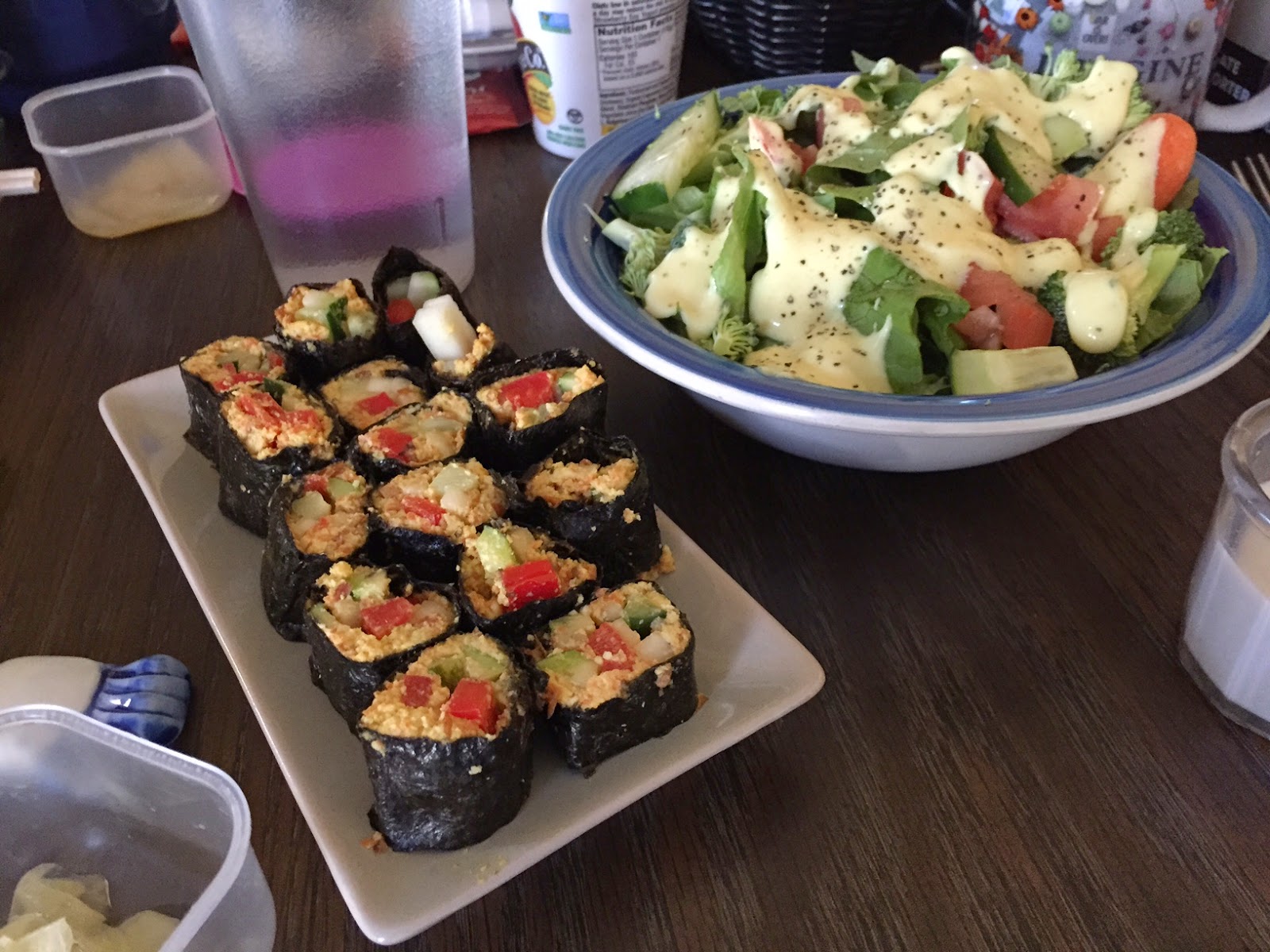 In the afternoon, I snacked on the last of my Sweet 'n' Savory Trail Mix. And then for dinner, I got to try something I've had my eye on since I first received Gena's book months ago — Raw Cobb Salad. This has avocado, cashew cheese (so good!), tomato, and eggplant bacon. Eggplant bacon, y'all! 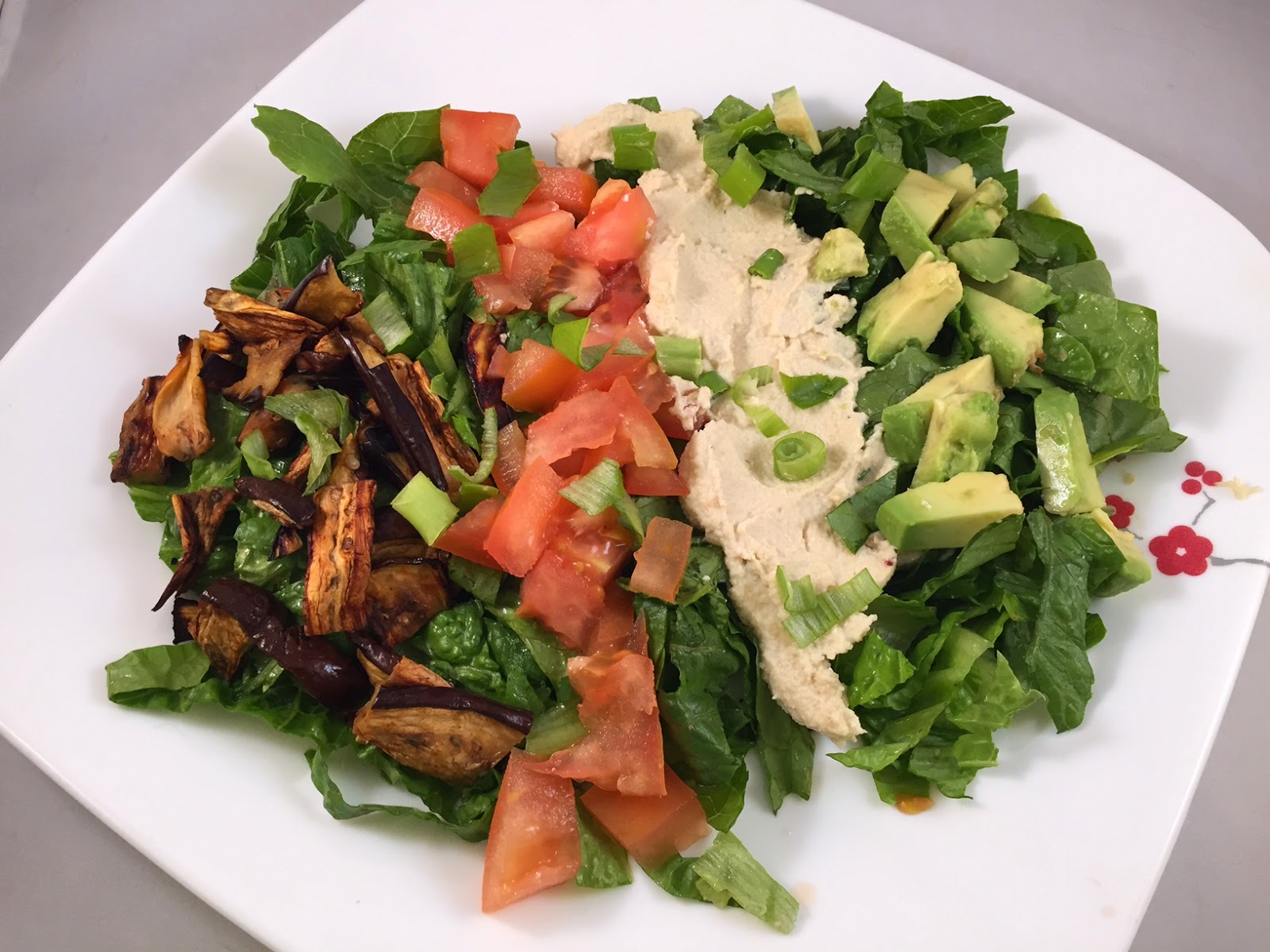 Now I had intended on having more raw banana soft serve for dessert tonight, but Cassi and I had to go to our friends Vaughan and Nicole's house to dig through their costume closet. We're going to see Rocky Horror (the play, not the movie) on Thursday, and we needed costumes! Anyway, Cassi surprised me with a mini cupcake, and even though I'm trying to avoid refined sugar on the cleanse, I can't resist a mini cupcake. I mean, it's so tiny! She was testing out her new Snickerdoodle Cupcake recipe and needed feedback. So you know, it was like work or something. 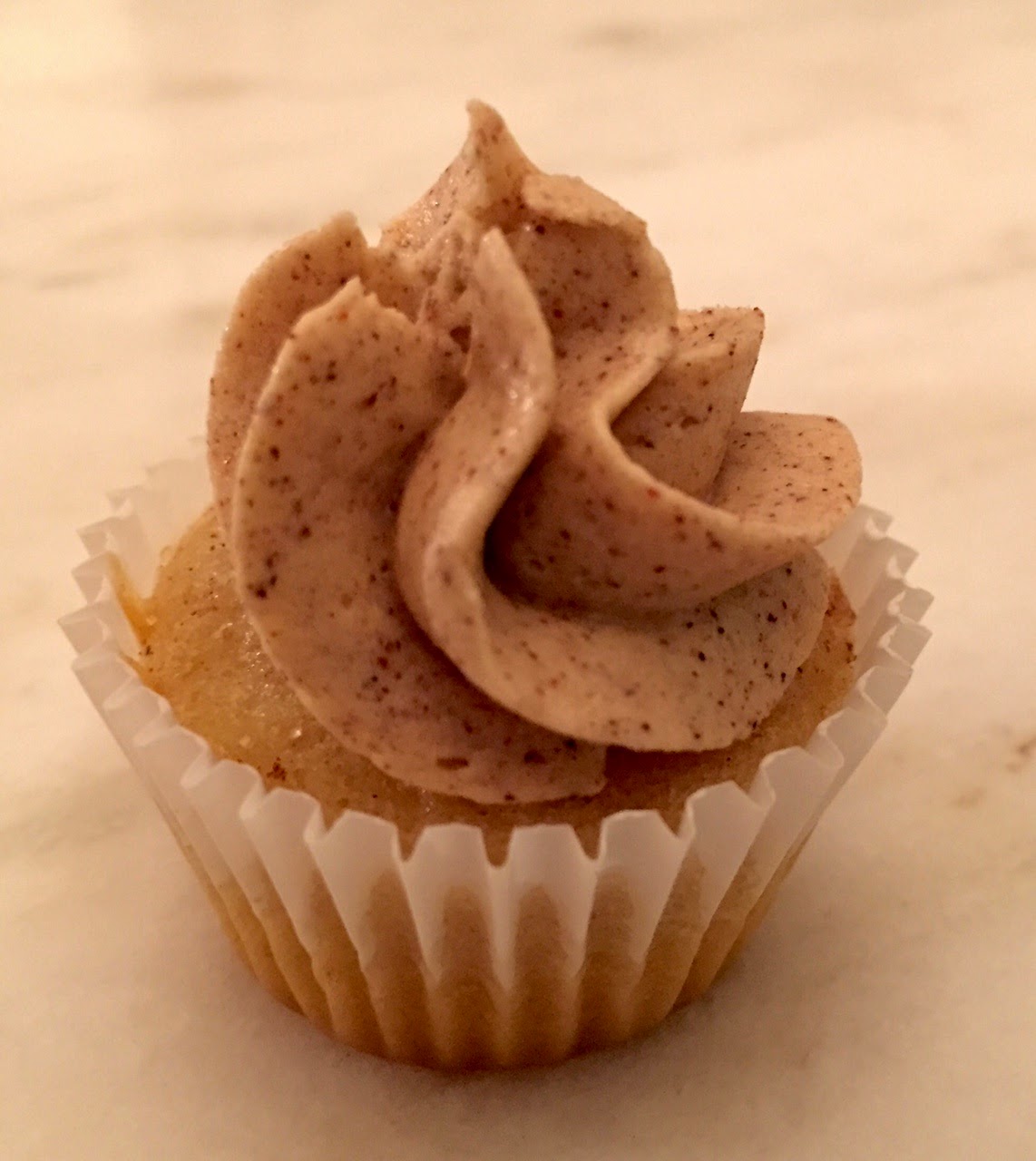 That's it for this weekend! I'm about to have one more glass of red wine, since I'm off for MLK Day tomorrow. Only four more cleansing days left!!
Posted by Bianca at 10:53 PM