As I mentioned in yesterday's post, I'm trying to cook only from the e-cookbooks I got in the No Meat Athlete Health & Fitness Bundle. My favorite of those is the Hooked on Plants e-book by Julia Murray. I've made a number of dishes from it, and my new obsession is this Glory Bowl. It's basically a grain/green/bean bowl with a fantastic miso tahini nooch sauce. Tonight, I followed the recipe and used lentils, brown rice, roasted sweet potato, zucchini noodles, beet noodles, spinach, and avocado. 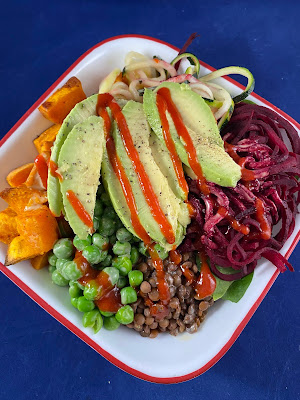 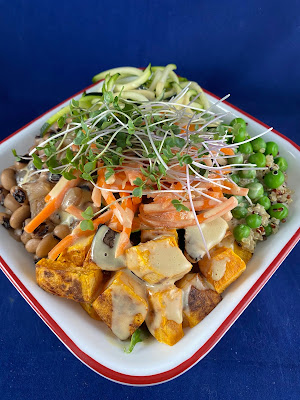 LuLu's had to move out of their space in Puck Food Hall because the building closed, but they're still at the Cooper Young Farmers Market, so we stopped by on Saturday morning. And I got this awesome Cashew Cheese & Caramelized Onion Focaccia to enjoy after my 17-mile run. 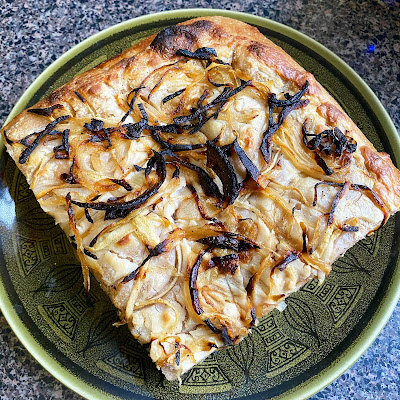 And I grabbed a Caramelized Onion Chocolate Bun to eat before Sunday's 5-miler. It sounds weird, but it was so good. They use a very high-end, super-dark, fair-trade chocolate that isn't sweet, and there was no sugar in the bun, so the chocolate just brought out the flavors of the sweet onion. Trust me! 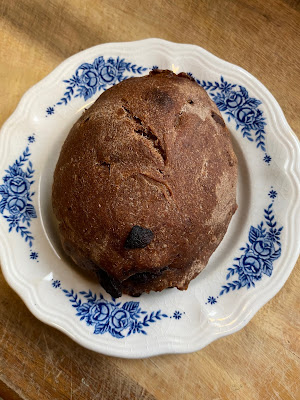 Last week, for Takeout Thursday, I ordered Farm Burger delivery. They deliver for FREE, and they have two vegan options for burgers — either a homemade quinoa veggie patty or Beyond Burger. I usually go with the handmade patty because it's whole food-based, but I wanted a treat on Thursday, so I went Beyond. And it was the best Beyond Burger I've had in a long while. They don't have vegan cheese, but I added some vegan gouda once it was delivered. 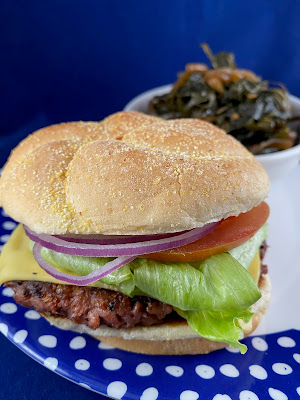 On the side, I opted for the new Vegan Collard Greens rather than my usual sweet potato fries, and I did not regret it. Best collards I've had outside of my Granny's greens. They're slow-cooked with onions with some smoky flavor and sweetness. Still dreaming of them. 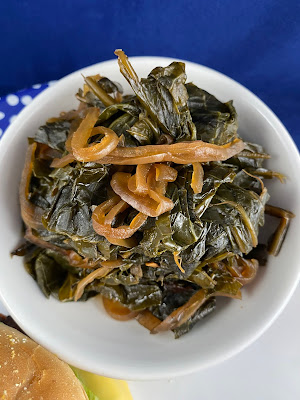