Let the Good Times Roll (in the Snow)

Okay, that title is a little deceiving. We didn't get snow from Winter Storm Octavia. We got ice. Thick, slippery, stupid ice. But "snow" kinda rhymes with "roll," so we're gonna go with that.

Anyway, we've been iced in at home since Sunday night. I've worked from home both days, and I'm going a little stir crazy. But the roads started to melt today, so I think I should be able to drive into the office tomorrow. I sure hope so because I made this whole King Cake last night for Fat Tuesday today! Somebody's gotta help me eat it. 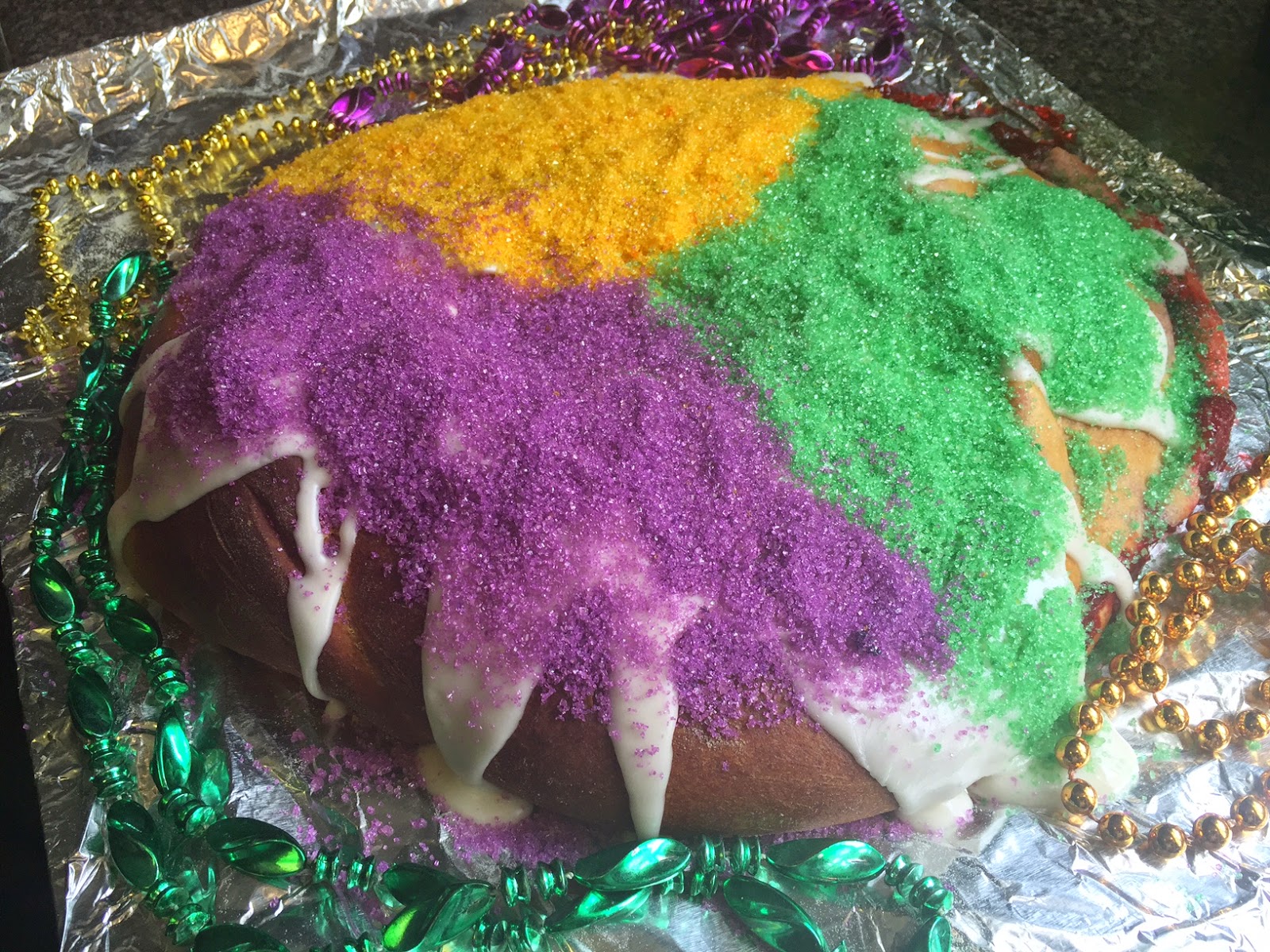 Every year, I make a vegan king cake to take to the office, and even though I knew I might still be iced-in today, I decided last night to make one anyway. A Fat Tuesday without king cake is just sad, right? 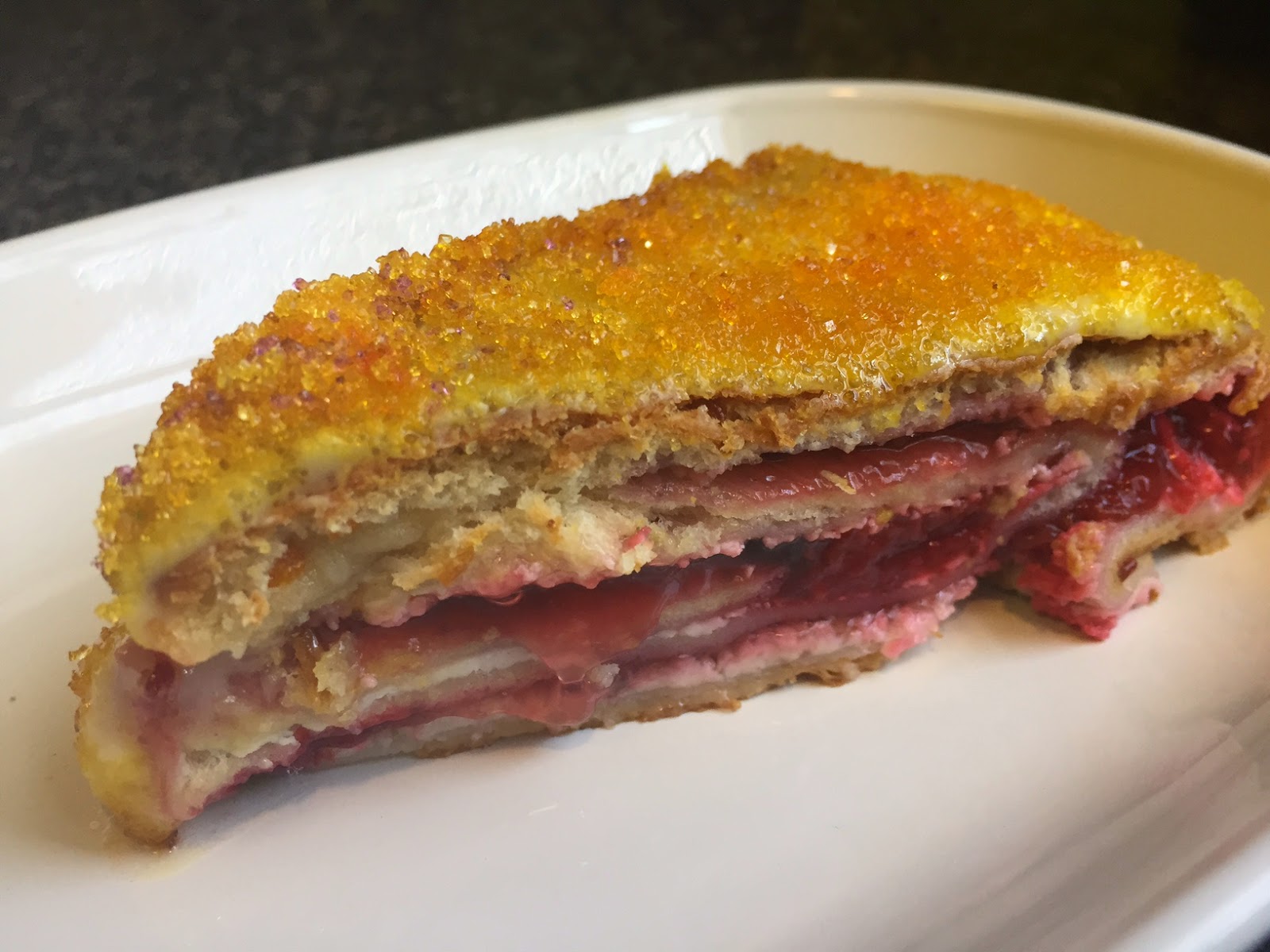 Anyway, Paul and I had a slice, but there's tons left. I used Kittee's recipe as always, and this year, I went with a strawberry cream cheeze filling. I usually overfill the jellyroll-style cake, and this year was no different. So part of the cake was a little flat where the fillings popped out, but it was still delicious. And we didn't find the baby inside, so I'm sure one of my co-workers will tomorrow.

Sadly, the ice storm — our first winter weather event all season! —meant I had to cancel our Vegan Drinks meetup tonight. We were supposed to meet at Evelyn & Olive, a Jamaican restaurant. And that isn't very Cajun, so I guess the cancellation was for the best. Instead, I stayed home and cooked this Louisiana Spaghetti from Good Time Eatin' In Cajun Country, an old vegan cookbook from the 80s! 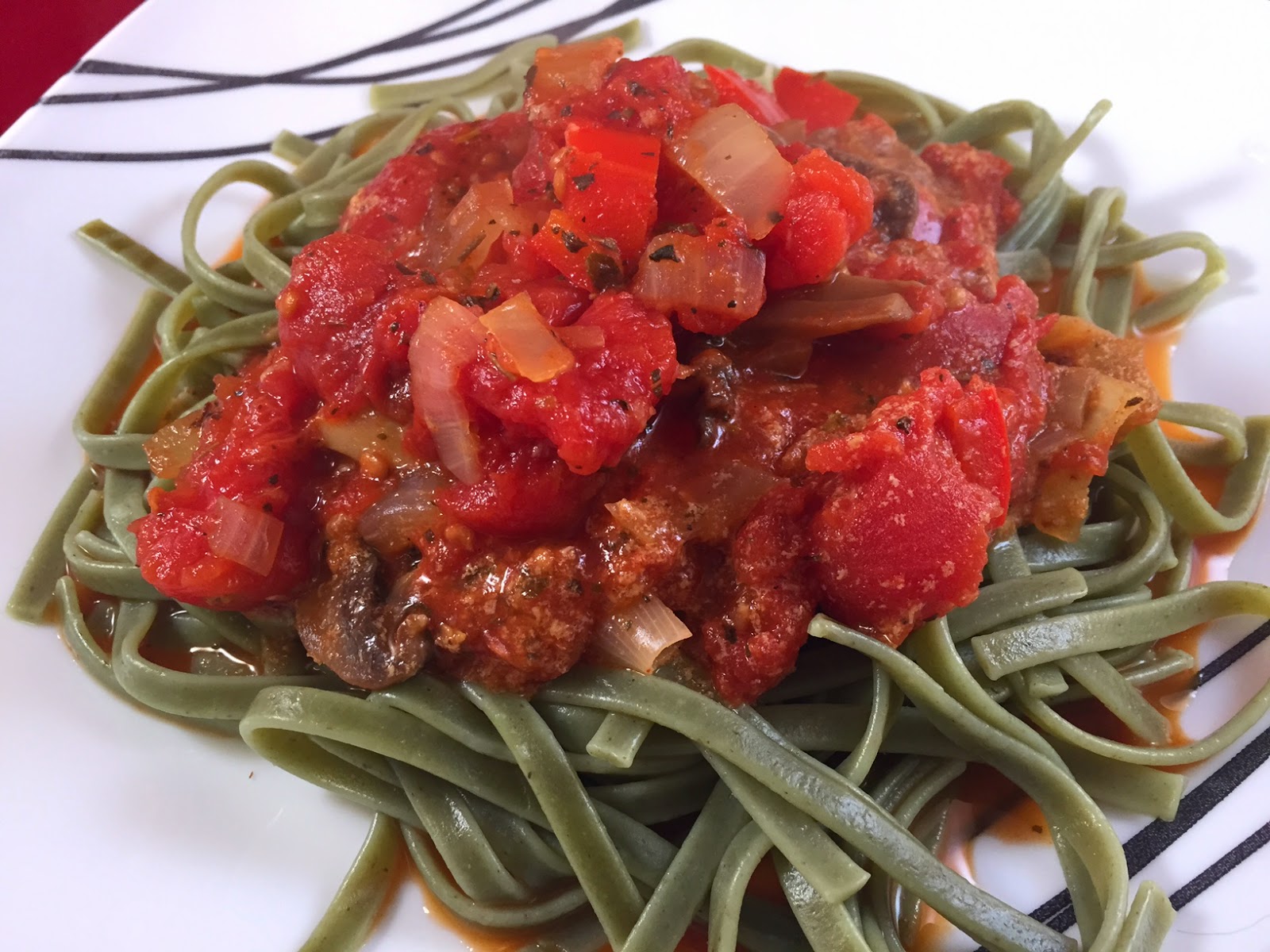 This had a homemade spaghetti sauce with lots of peppers, onions, herbs, and heat! It called for cayenne, and I also added some Slap Yo Mama Cajun seasoning. Oh, and I added mushrooms because I wanted Paul to eat some too. And he only eats spaghetti with mushrooms.

I washed it all down with an Abita, of course! Apparently, Abita makes a Mardi Gras Bock, but I didn't see it at the Kroger by my house, and I was scared to venture out on the icy roads to go to the Cash Saver, which has a much better (and cheaper) beer selection. So I settled for the Abita Restoration Pale Ale. 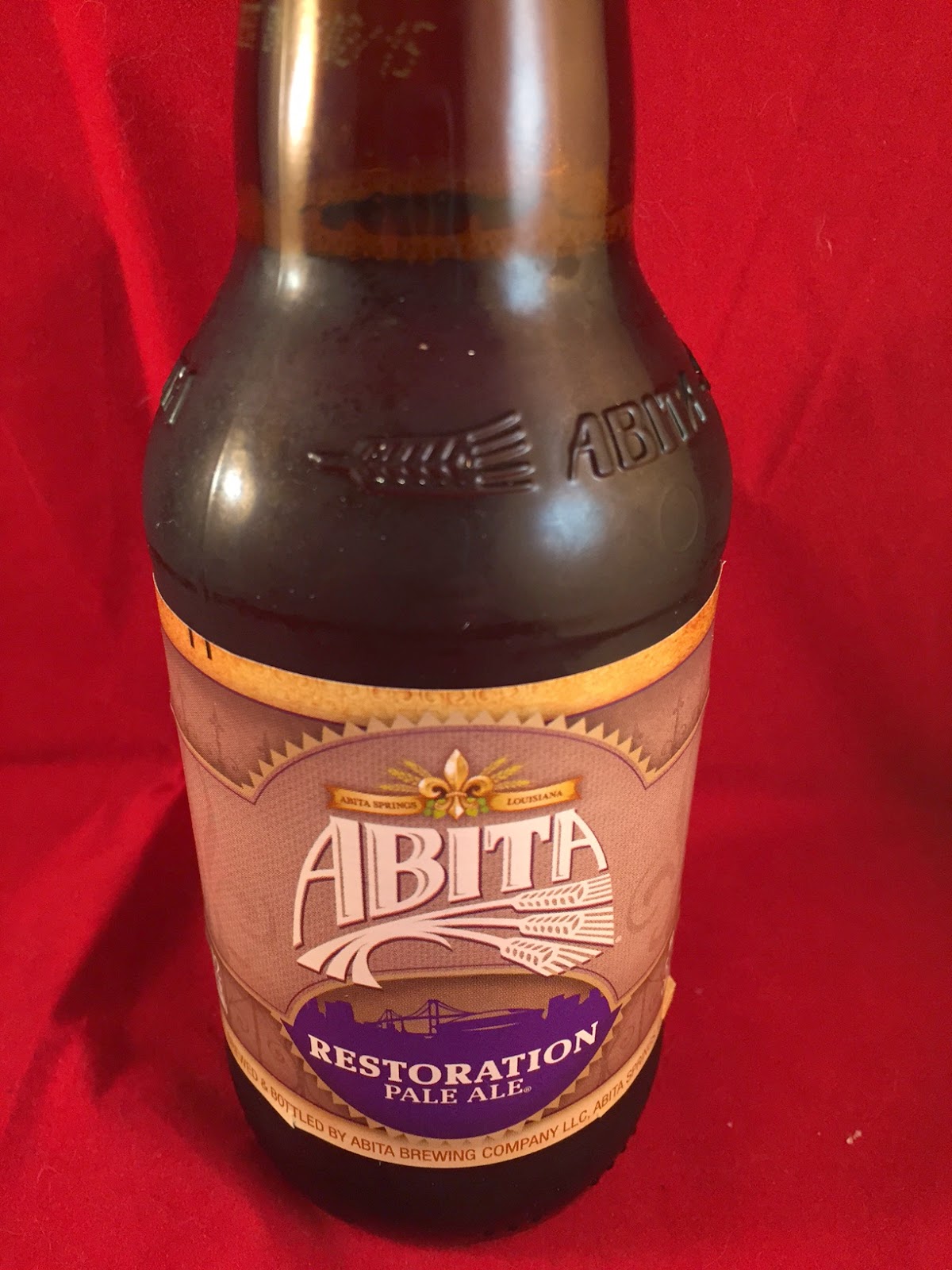 And I'm about to have an Abita Grapefruit Harvest IPA while Paul and I watch In the Electric Mist on Netflix. Never seen it, but it's a crime drama set in New Orleans. Seems appropriate.
Posted by Bianca at 8:06 PM

The layers you got going in that king cake look divine!

I=Oh I liked that film! The cake looks amazing! Hope your weather in evening out!!